With the general availability of Traffic Director and a beta release of the Layer 7 Internal Load Balancer (L7 ILB), enterprises using Google's Anthos container orchestration platform can now enjoy the benefits of a service mesh for their cloud native applications, while the L7 ILB provides a similar functionality for monolithic legacy applications.
Aug 19th, 2019 3:00am by Mike Melanson 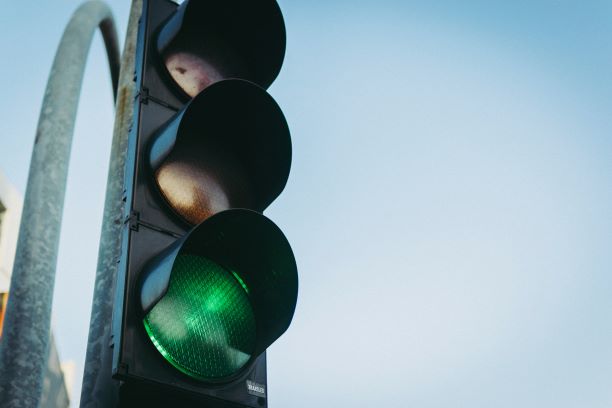 Google has released two new tools for its Google Cloud Platform (GCP) that work toward one primary goal — bringing the enterprise into the modern world of application architecture without having to leave its legacy applications behind. With the general availability of Traffic Director and a beta release of the Layer 7 Internal Load Balancer (L7 ILB), enterprises using Google’s Anthos container orchestration platform can now enjoy the benefits of a service mesh for their cloud native applications, while the L7 ILB provides similar functionality for monolithic legacy applications.

The release is an extension of Google’s existing multicloud strategy, with the multicloud also being inclusive of these on-prem, monolithic legacy applications, said Shailesh Shukla, vice president of products at Google.

“Ultimately, our objective is to get enterprises to seamlessly and smoothly move from legacy environments to hybrid and multicloud environments in a way that they can do it at scale,” said Shukla. “One of the key elements of Anthos’ strategy is to take away the deployment complexity associated with managing the variety of microservices that get deployed at various points. Taking away that complexity is at the core and the heart of Google’s multicloud and hybrid strategy.”

Traffic Director offers a managed service mesh for Anthos users that, according to a blog post, “provides configuration, policy and intelligence to Envoy or similar proxies in the data plane using open APIs, so customers are not locked in,” as well as global resiliency, intelligent load balancing and advanced traffic control like traffic splitting, fault injection and mirroring. In essence, Traffic Director is a managed form of the open source Istio service mesh, although Shukla doesn’t go quite that far in his explanation of the service.

L7 ILB, meanwhile, brings the benefits of service mesh to legacy applications, which cannot work alongside the Envoy sidecar proxy due to their monolithic architectures.

“L7 ILB makes it simple for enterprises to deploy modern load balancing,” said Matt Klein, creator of Envoy Proxy, in a company statement. “Under the hood, L7 ILB is powered by Traffic Director and Envoy, so you get advanced traffic management simply by placing L7 ILB in front of your legacy apps.”

With Traffic Director powering L7 ILB, Shukla emphasized one design decision that he said prevents lock-in across both products.

“By using open APIs, like XDS, to link [Traffic Director] into the data plane, which is the Envoy proxy, you have now created by definition an open environment,” said Shukla. “We don’t want to create lock-in, we want to enable the 80% of the spend and investment that continues to occur in on-prem application deployments. We want to be able to give customers the ability to move to the modern world without having to either rebuild or only focus on new applications.”

Currently, L7 ILB and Traffic Director work with both virtual machines and containers, whether orchestrated by Google Kubernetes Engine (GKE) or self-managed, as Google’s overall strategy is to bring enterprises into the fold without forcing them to change anything and be able to move at their own pace with Anthos. Overall, Shukla summarized the releases in the context of network technology enabling the move from legacy to modern architecture.

“At a big-picture level, if you think about the enterprise, we have deployed in the traditional monolithic manner and that is moving to a hybrid environment. Networking technology is actually an enabler of this migration from an on-prem monolithic architecture into this multicloud, microservices, and API-driven view of the world,” said Shukla. “It is really important for us as a participant in this industry and in this community to provide the right kind of migration and movement.”

Mike is a freelance writer, editor, and all-around techie wordsmith. Mike has written for publications such as ReadWriteWeb, Venturebeat, and ProgrammableWeb. His first computer was a "portable" suitcase Compaq and he remembers 1200 baud quite clearly.
Read more from Mike Melanson
SHARE THIS STORY
RELATED STORIES
Data 2023 Outlook: Rethink the Modern Data Stack Is Low-Code Development Better for the Environment? Wix Tackles Application-Level Security with Custom Detector Why a Twitter Founding Engineer Is Now All-in on Mastodon It Happened to Me: How I Suddenly Owed AWS $13,000...
SHARE THIS STORY
RELATED STORIES
Is Low-Code Development Better for the Environment? Qlik Plans to Acquire Talend. Is it a Data Management Double-Dip? Coherence Strives to Streamline Cloud Developer Experience Why Trust and Autonomy Matter for Cloud Optimization PLG Will Eliminate the Subscription-Based Software Model
THE NEW STACK UPDATE A newsletter digest of the week’s most important stories & analyses.
The New stack does not sell your information or share it with unaffiliated third parties. By continuing, you agree to our Terms of Use and Privacy Policy.