Google today launched the beta version of its Cloud Services Platform (CSP), which it first announced last year at Google Cloud Next.
Feb 20th, 2019 9:00am by Mike Melanson 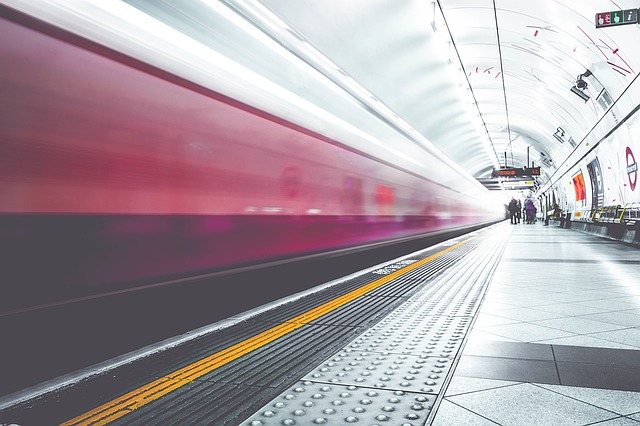 The benefits of the cloud may be seen as a foregone conclusion at this point, but there still remain a number of reasons that businesses don’t make the transition, whether the investment in on-prem hardware, industry regulations, or the time and skill required to make the move. For many companies — 87 percent according to IDC research — the hybrid cloud remains the way to enjoy the benefits of the cloud while otherwise meeting the particular needs of a business or industry.

And for those companies, Google has launched the beta version of its Cloud Services Platform (CSP), which it first announced last year at Google Cloud Next. CSP is “a software-based, hybrid offering that brings Google Cloud services into your on-prem infrastructure using the power of Kubernetes and Istio to meet you where you are,” wrote Google Cloud Vice President Eyal Manor wrote in a blog post about the beta release.

CSP is built on top Google’s managed Kubernetes offering, Google Kubernetes Engine (GKE), and includes GKE On-Prem, a “managed Kubernetes service providing remote lifecycle management of your on-prem clusters” that allows you to “write once and deploy to the cloud or on-prem, using a consistent platform that spans all your environments,” according to the Google docs.

The company also introduced CSP Config Management, a way for CSP users to create a centralized method for applying security policies and compliance rules at scale. Policies created with this tool can “set and enforce role-based access controls, resource quotas, and create namespaces; all from a single source of truth,” according to the company. It can be deployed across multiple clusters, both on-prem and in the cloud.

CSP intends to offer a single pane of glass experience for enterprises to run Kubernetes in a hybrid environment using its managed Google Kubernetes Engine (GKE) for the cloud aspect and then GKE On-Prem, which has been in alpha until now, for the on-premises aspect. Beyond that, CSP includes all the other Google goodies that enhance Kubernetes from a command-line experience to one with various layers of security, management, and visibility — but now for the hybrid cloud.

In an interview with The New Stack, Chen Goldberg, Google director of engineering for CSP, explained that the new offering is all about bringing these cloud benefits to on-prem environments, rather than making businesses bring their systems to the cloud.

“No one argues the benefits of the cloud. Our customers are excited about the benefits the cloud gives them, but the majority of workloads are still running on-prem. CSP is the first software-based platform that really allows customers to leverage the cloud. It really brings the cloud to on-prem, but provides consistency with our cloud environment,” said Goldberg. “Our customers expect to run workloads everywhere. We hear from our customers that the challenge in hybrid is not only portability, but also integration, people, and skills. How long does it take to train people on a different set of tools? The importance of consistency across both environments has led us to CSP.”

One such company that has used the new offering to bring Kubernetes on-prem is Key Bank. According to Keith Silvestri, chief technology officer for KeyBank, CSP was the obvious choice.

“Google created Kubernetes and Istio so they were the obvious cloud to partner with as we look to bring containerized applications into our data centers,” said Silvestri, in the Google post. “Put simply, the Cloud Services Platform provides us the security we need, the portability we want, and the productivity that our developers crave.”

Goldberg echoed this sentiment, noting that “It’s the same expertise we’ve developed with GKE for the past 4 years and inside Google for 15 years.”

CSP also comes with various integrations, with Google Cloud Stackdriver Monitoring, the Istio service mesh, and the Google Cloud Platform Marketplace, which “gives you access to a variety of enterprise-ready, open-source, and commercial Kubernetes applications featuring prebuilt deployment templates, simple licensing, and consolidated billing.” For companies interested in using Google CSP, requests are being accepted through a beta signup form, although no information on wait times is currently available.

Mike is a freelance writer, editor, and all-around techie wordsmith. Mike has written for publications such as ReadWriteWeb, Venturebeat, and ProgrammableWeb. His first computer was a "portable" suitcase Compaq and he remembers 1200 baud quite clearly.
Read more from Mike Melanson
SHARE THIS STORY
RELATED STORIES
Takeaways from the ESG GitOps and Shift Left Security Survey Install Dozzle, a Simple Log File Viewer for Docker 3 Ways an Internal Developer Portal Boosts Developer Productivity OpenTelemetry Properly Explained and Demoed How Boeing Uses Cloud Native
SHARE THIS STORY
RELATED STORIES
Meet SIG Cluster Lifecycle and Cluster API Maintainers at KubeCon How Boeing Uses Cloud Native Break Your Bottlenecks: Don't Let Kafka Challenges Hold You Back 3 Ways an Internal Developer Portal Boosts Developer Productivity How Intuit’s Platform Engineering Team Chose an App Definition
THE NEW STACK UPDATE A newsletter digest of the week’s most important stories & analyses.
The New stack does not sell your information or share it with unaffiliated third parties. By continuing, you agree to our Terms of Use and Privacy Policy.