Chris DiBona joined the tech giant when it was still a startup. In this New Stack Makers podcast, he tells how open source has evolved at Google.
Nov 8th, 2021 1:03pm by B. Cameron Gain and Heather Joslyn 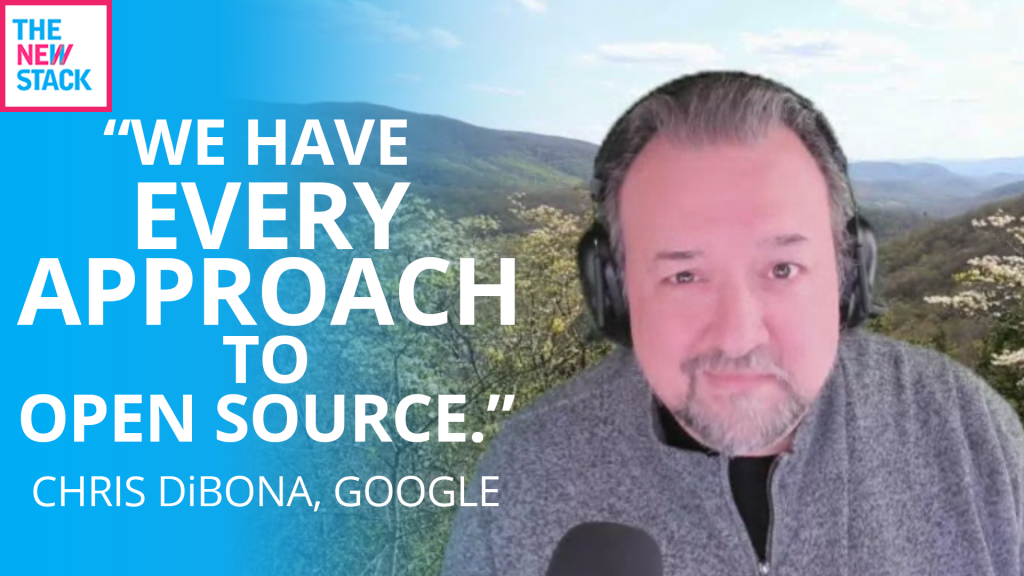 Google’s open source program certainly has come a long way since 2003. That was when the search engine giant could still arguably be called a startup, Android had not yet been acquired and open source projects Kubernetes, Go and Chromium were years away in the making.

It was also then that Google co-founders Larry Page and Sergey Brin asked their favorite recruiter to go and find an “open source person,” recounted Chris DiBona, the company’s director for open source.

Shortly thereafter, DiBona was at lunch with “one of those open source nerds” that the recruiter had asked to help with the search.

An Evolving Philosophy of Open Source

Since its days as a startup, Google has grown exponentially in parallel with — and thanks to, in many ways — the role open source has played in the community.

“When I talk to people, they are like, ‘Well, I don’t know what’s the story of open source? Why does it matter?” DiBona said. He tells them, “For a long time, it was a force multiplier — for every line of code a Googler would write, I had 10 or 20 lines that came from the outside world, and were vitally important to us.”

While previously thinking there was always “an ideal singular approach to open source,” DiBona said his open source philosophy has evolved during his tenure at Google.

“What I’ve sort of come to peace with by being at Google is that we don’t have one approach — we have every approach to open source, the software release community and the rest,” DiBona said.

He added, “We have the whole spectrum of every project, every project style, every project-management style, that you might want, need or despise, and so accommodating the needs of the business across all the product areas, all the Alphabet entities, is always going to be imperfect. But it’s what we strive for.”

The Next Big Questions Revolve Around Linux

DiBona’s program releases roughly five projects a day; in conversation with Williams, he called himself a “bureaucrat” whose job it is to reduce the number of barriers to releasing projects — shielding his engineers “from the sticky stuff, so they can just be engineers.”

Looking ahead, he sees that the next major area that will need attention from Google’s open source program — and the open source community more broadly — is how Linux will evolve to meet new demands.

At Google, he suggests, “Shouldn’t we have prophetic insight into where Linux needs to go over the next five years, because of our exposure to these large-scale problems? One of the things I’ve been talking about these last few years is, Where does Linux need to be to continue to thrive in the data center and the mobile space?”