Should Google bequeath the open source service mesh to the CNCF? Depends on who you ask.
Jul 28th, 2020 10:28am by Mike Melanson 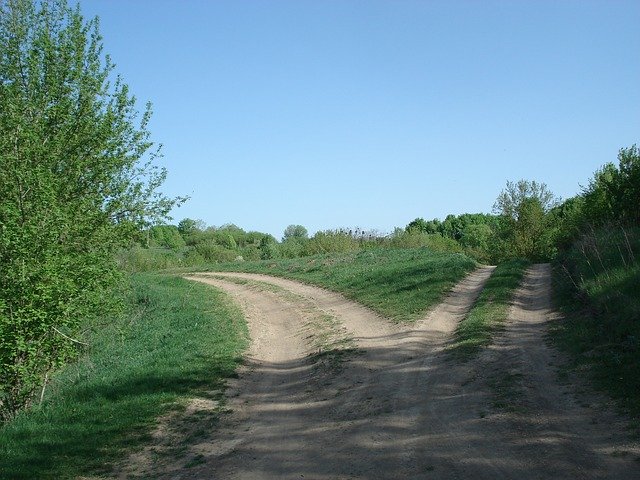 When the Istio service mesh was first proposed to be included in the Cloud Native Computing Foundation (CNCF) in November 2017, it was still v.02, had only been around less than six months, and yet it aimed to skip the entry-level most young projects enter at and instead applied for inclusion at the secondary incubation tier. While the project was founded primarily by Google and IBM, and boasted numerous other contributors such as Yahoo, Apprenda, Concur, and AT&T, it was met with skepticism — it was so new, it didn’t really have adoption to speak of quite yet, and there were some technical concerns. Just a month after the proposal was made, the pull request was closed, without comment.

“There was a lot of push from a lot of providers in the community that Istio was going to go to the CNCF and in the beginning, it was a little bit complex because it just wasn’t ready to be honest,” said Solo.io CEO Idit Levine, explaining that Google didn’t want to commit the project before it had a strong foundation. “If the foundation is not really good, you put it out there and people will build stuff on it, and it’s like a building, it will collapse eventually.”

Ever since then there has been an expectation among many that it would be — once ready — handed over to the CNCF to join the rest of its cloud native siblings. Earlier this month, Google effectively put an end to those expectations with the launch of the Open Usage Commons (OUC), with Istio among three founding projects. When we first spoke with Chris DiBona, director of open source for Google and Alphabet, about the launch, he said that this was indeed the aforementioned foundation that Google Cloud CEO Thomas Kurian had spoken of earlier this year when he said Istio would be going to a foundation. We caught up with DiBona again a couple of days later, however, and he was adamant that “foundation” or not, the OUC was in the business of trademarks and trademarks only.

“The result of what’s going on right now with Istio with what Google did, versus giving it to the foundation, is equivalent. As to the end user, and I’m an end user, I don’t really care, right. It’s the same thing.” — Solo.io CEO Idit Levine

Nonetheless, the immediate reaction from those in and around the CNCF, and from others who had expected Istio to be given to the CNCF, was that of opposition. CNCF Chief Technology Officer Chris Aniszczyk said that their community members were “perplexed that Google has chosen to not contribute the Istio project to the CNCF,” while Istio founding member IBM wrote that it didn’t agree with the OUC “because it doesn’t live up to the community’s expectation for open governance.” IBM further explained that “at the project’s inception, there was an agreement that the project would be contributed to the CNCF when it was mature” and argued simply that “Google should reconsider their original commitment and bring Istio to the CNCF.”

Google’s argument that the OUC is not a foundation and plays no part in project governance aside, the project has recently taken steps to address the accusation that the project is Google-controlled with a proposal to update the Istio steering committee charter. The proposal looks to expand the number of seats on the steering committee, limiting any one company from occupying a majority, and further guaranteeing an open governance by opening up more seats to those that contribute “through both code and non-code contributions.”

On the opposite end of the spectrum, however, several Istio end users offered statements of support in reaction to the news that the OUC would be tackling the issue of trademark for Istio.

Tetrate, which offers an “enterprise-ready” Istio subscription wrote that the move of Istio trademarks to the OUC “is a good thing overall for the project — and it may surprise some — but in fact, this is the primary purpose for which the CNCF exists too: to be a neutral body that holds trademarks.”

Similarly, Solo.io’s Levine wrote in an email that “Istio’s governance has always been open and welcoming, but — like others — we and our customers were uncomfortable with the fact that all its trademarks were owned by Google. So we are very happy that Istio’s trademarks are now owned and managed by an independent organization.” Levine further explained that they “believe that this move will increase the confidence among Istio developers and users” and that “ultimately, this is what all of us in the Istio community are hoping for and working towards.”

As for whether or not Levine wanted Istio to be handed over to a foundation, she said she didn’t necessarily see the need.

“Having a project managed by CNCF means three things: trademark management, support to the project self-governance, and marketing. Istio already has a successful open governance model, it enjoys ample marketing from its broad community, and the OUC — which was introduced as an independent organization — takes care of trademarks,” wrote Levine. “Together, I feel that Istio has all its bases covered, and I see no reason to have it managed by CNCF, which would naturally bring its own complexities.”

Zach Jory, head of marketing at Aspen Mesh, another commercial Istio offering, said that they “do not see it changing project direction or governance meaningfully” and he further pushed back against the idea that Istio needed to move to the CNCF for it to be open and trustworthy for both adopters and contributors.

“CNCF has proven to be a great home for open source projects. I have been really impressed how the CNCF has gone beyond managing the technology and enabling marketing, partnerships and ecosystem growth. Having said that, we don’t believe the CNCF is the only place that open source, cloud native projects can thrive. And to be candid on this, we find the CNCF and vendors make up the vast majority of conversation on this — very few of the end users and customers we talk to are concerned about CNCF membership,” wrote Jory in an email interview. “The bits contributors and users care about are still governed by the Apache 2.0 license, joining the CNCF or another governing body would not have made the project more open source.”

Of course, not all agree with that assessment and instead proffer a much darker view of the situation.

William Morgan is the CEO of Buoyant, the company behind the CNCF member Linkerd service mesh, and he sees this all as a more nefarious move by Google to retain control.

“I think Google’s creation of a custom foundation for Istio is an indication of Google’s desire to retain control over the project. I think the reaction of its partners is especially telling: Google wants this so bad that it is willing to publicly renege on agreements it made [with] partners. That’s highly unusual. And while arguments over foundations, trademarks, and governance can seem obtuse, open source consumers are increasingly sophisticated about these issues because they answer fundamental questions about the software they’re depending on; questions like ‘who gets to decide what this thing actually does?'” wrote Morgan in an email.

Going one step further, Amalgam Insights analyst Tom Petrocelli took the argument to its logical, if rather extreme, conclusion: when an open source project doesn’t go the way you want it, fork it and move ahead.

“At best this adds needless complexity to the licensing process, especially for commercial open source companies. At worst, this exerts an additional layer [of ] control [on] the software without having to say that it is still open core,” wrote Petrocelli in an email. “I wasn’t surprised that the CNCF and IBM were obviously annoyed by this. It makes so little sense that you immediately think it’s something nefarious. My advice to the Istio community is to immediately fork the project under a new name and move lock, stock, and barrel to the CNCF where the project belongs.”

Aspen Mesh and The Cloud Native Computing Community are sponsors of The New Stack.

Feature image by artverau from Pixabay

Mike is a freelance writer, editor, and all-around techie wordsmith. Mike has written for publications such as ReadWriteWeb, Venturebeat, and ProgrammableWeb. His first computer was a "portable" suitcase Compaq and he remembers 1200 baud quite clearly.
Read more from Mike Melanson
SHARE THIS STORY
RELATED STORIES
The Latest Milestones on WebAssembly's Road to Maturity 3 Ways an Internal Developer Portal Boosts Developer Productivity How Paylocity Scaled Up Community in the Cloud with MongoDB .NET 7 Simplifies Route from Code to Cloud for Developers Takeaways from the ESG GitOps and Shift Left Security Survey
TNS owner Insight Partners is an investor in: The New Stack.
SHARE THIS STORY
RELATED STORIES
Livin’ Kubernetes on the (Immutable) Edge with Kairos Project Do You Need a Managed Database? Retrospective: Why Was Cloud Foundry at KubeCon? OpenTelemetry Properly Explained and Demoed Does Your Database Really Need to Move to the Cloud?
THE NEW STACK UPDATE A newsletter digest of the week’s most important stories & analyses.
The New stack does not sell your information or share it with unaffiliated third parties. By continuing, you agree to our Terms of Use and Privacy Policy.