There are few companies with more opportunity to tackle this issue than Google. And the company is indeed using some of its considerable means to map out, measure, and gradually reduce its carbon footprint, as Google’s Data Center Sustainability Program Manager Alaa Salama explained to the Data Center Advisor to the United Nations Sustainable Development’s Susanna Kass in a fireside chat at London’s DataCenterDynamics conference.
Feb 6th, 2020 11:21am by Jennifer Riggins 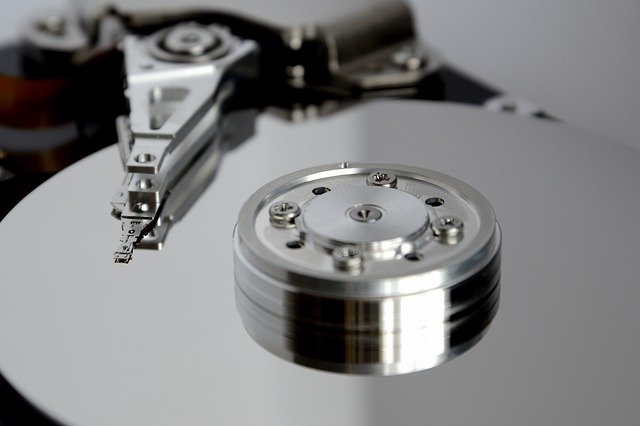 We talk a lot about the software development lifecycle. But the lifecycle cuts off at end of the support. We are only starting to acknowledge the massive effect the tech industry has on the environment — from source materials to always-on uptime to hardware degradation.

While most industries’ environmental impact is on a slow but steady decline, the IT industry’s impact is set to double in the next ten years. You know, that same crucial decade when we decide if we can stop irrevocably overheating our planet.

There are few companies with more opportunity to tackle this issue than Google. And the company is indeed using some of its considerable means to map out, measure, and gradually reduce its carbon footprint, as Google’s Data Center Sustainability Program Manager Alaa Salama explained to the Data Center Advisor to the United Nations Sustainable Development’s Susanna Kass in a fireside chat at London’s DataCenterDynamics conference.

Google’s carbon goal is to eliminate usage and be powered by 24-hour renewable energy and even to create an excess that goes back into the grid. Salama said Google’s Finnish data center is at about 99% renewable, but other locations don’t have that sort of possible coverage yet.

In company material, Google has stated that “We constantly look for ways to have a positive environmental impact and be even more responsible in our use of energy, water, and other natural resources — and we want to empower others to do the same.”

To help in this goal, Google looks to an idea called “circularity.” Also called a “circular economy,” it’s an economic concept that looks to create a closed-loop (aka a circle) that emphasizes reuse in a way that limits both the input materials and the waste. Google’s sustainability aims to call the circular economy model “restorative and regenerative by design.”

The Google circular economy aims to:

Salama said, “We consider the circular economy as a tool for problem-solving.”

It’s not like recycling your plastic water bottle. It’s more about making a reusable bottle out of recycled materials and filling it with filtered rainwater.  Google describes this as “Products, components and materials in a circular economy are quite literally made to be made again — they are created to be easily refurbished, repaired, reused and recycled.”

So how is Google doing it?

In Google’s second year of this circularity initiative, the company achieved 100 percent matching consumption with the creation of renewable energy. Google is also the biggest corporate renewable energy buyer. Salama said, “This is not our ultimate goal of course because we will not stop there.”

Google is looking at every data center site with an aisle by aisle comparison of energy usage, at kilowatt per hour in terms of consumption hour by hour, site by site perspective.

Data centers aren’t just using energy to run the servers themselves. The most energy goes into cooling down the servers so they don’t overheat. The most common way to do that is water cooling, but potable water is certainly another limited resource. Google looks to use alternatives as often as possible. In Belgium, it uses an industrial canal. In Finland, it’s seawater. And in Iceland, air is used.

But data centers aren’t just using a lot of energy. They are massive creators of waste. There’s an inherent distrust of recycling servers and a huge privacy requirement to it, so most data centers just erase and dump. According to the company, Google has reached 87% landfill diversion — meaning 87% of the worn-out equipment that otherwise would have been shipped to the dump is now being recycled in some form. And that figure has reached 100% over the last three years at its European data centers.

The company wants to reach 100% landfill diversion internationally soon. It was at 91% in 2017, but dipped to 87% in 2018. The U.S. sites weren’t putting any pressure on the vendors that were choosing the cheapest landfill target. So now Google has budgeted for the extra cost and communicated its priorities.

Salama says this reduction of waste is a big — though difficult — focus for Google. Google has introduced certain targets to increase the percentage of reused and refurbished parts. Right now, it is at 8% refurbished and 11% reused.

“We believe that circularity is basically founded on the principle to extend the life of the product as much as possible. To avoid wasting, in short.” — Alaa Salama, Google

Hard drives are another issue. Now, they are destroyed for security reasons before they can be removed from the data center. “We have been studying a different way to delete the content without destroying that content,” Salama said.

Salama continued that Google may have found a magnet-based approach to wiping the data without destroying the drives themselves. But he said that made producers of hard drives anxious at the idea that Google will be reselling and competing with them, with the potential to flood the market with hundreds of millions of used hard drives.

Pointing to the importance of acknowledging a greener choice may hurt some businesses, he said: “So we find agreements with them so they resell” hard drives on behalf of Google.

After wiping the data, Google has already sold 2.5 million servers to second-hand markets. Salama said the average life of data center hardware is about four to five years. While it is looking to increase the refurbished materials, renovation processes, and second-hand markets, company execs recognize it’s not enough.

“Adding value to the circular economy, everything should be valuable for all partners,” Salama said.

Outside the Data Center

Don’t forget Google is also a hardware company, owning brands like Nest, Pixel and Google Assistant. And so it has also created very ambitious hardware sustainability commitments. There’s the constant struggle of what to do with the lithium-ion batteries when we’re done with our Google devices. Salama said Google is currently burning them in a furnace and recovering some materials, but it’s nowhere near returning the lithium back to the source. Here again, Google is studying the possible uses in the second-hand market, like perhaps stationary storage units in hospitals.

Salama even mentioned that Google is working with Facebook and Microsoft on a circular servers initiative. “We believe our mission is to accelerate the circular economy. To ensure that everyone is on board, you need to add value to everyone.” Salama said.

Jennifer Riggins is a culture side of tech storyteller, journalist, writer, and event and podcast host, helping to share the stories where culture and technology collide and to translate the impact of the tech we are building. Currently in London,...
Read more from Jennifer Riggins
SHARE THIS STORY
RELATED STORIES
Defining the Modern Bare Metal Cloud Meet SIG Cluster Lifecycle and Cluster API Maintainers at KubeCon 3 Ways an Internal Developer Portal Boosts Developer Productivity How Intuit’s Platform Engineering Team Chose an App Definition Spotify's Backstage: A Strategic Guide
SHARE THIS STORY
RELATED STORIES
What Do 'Cloud Native' and 'Kubernetes' Even Mean? OpenTelemetry Properly Explained and Demoed CALMS Is DevOps for Cloud Engineering 10 Essential Practices for Building Software for Cloud Scale  Break Your Bottlenecks: Don't Let Kafka Challenges Hold You Back
THE NEW STACK UPDATE A newsletter digest of the week’s most important stories & analyses.
The New stack does not sell your information or share it with unaffiliated third parties. By continuing, you agree to our Terms of Use and Privacy Policy.