Today’s gadget-saturated environments may soon become a thing of history, as it seems that there’s a growing shift toward embedding technology into our everyday objects to make tech less obtrusive and part of a more seamless experience. We’ve seen how it might be done with this concept kitchen, now Google’s Project Jacquard, recently unveiled at Google’s I/O Conference, is experimenting with “smart textiles” — clothes which have a “conductive thread” woven in, so that they can work like touchscreens. See these interactive threads in action: 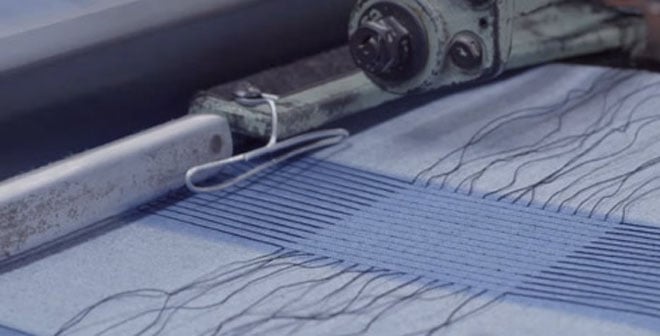 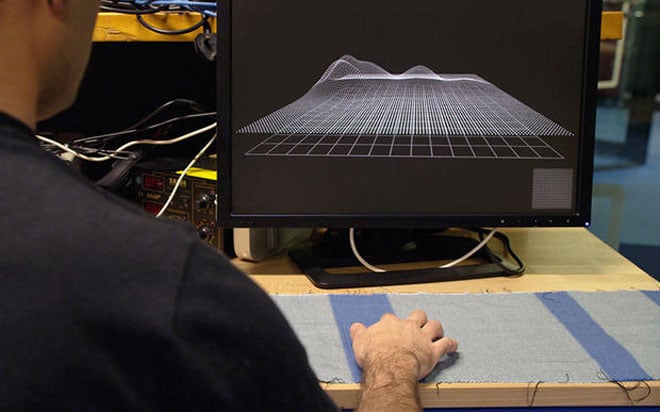 Headed by Google’s Advanced Technology and Progress (ATAP) team, Project Jacquard’s name is a nod toward the Jacquard loom, which made industrial production of patterned clothing possible.

These small conductive threads are woven into fabrics to give areas of clothing an ability to be tapped and stroked in order to interface with devices like smartphones and tablets. The yarn — which can be made in any color and almost any thickness — is created by substituting and braiding fabric strands with thin metal polymers that are conductive, to create a strong fiber. Project founder Ivan Poupyrev explains:

The structure of textiles is the same as the structure of touchscreens that we use every day on mobile devices and tablets. That means that if you replace some of the threads in textiles with conductive threads, you should be able to weave a textile which can recognize a variety of simple touch gestures.

Poupyrev demonstrated the power of one smart garment at the conference — a linen jacket equipped with a touch-sensitive patch and a Bluetooth controller hidden in one of the pockets — that could do a variety of tasks, like navigate a smartphone, scroll through photos or open apps. 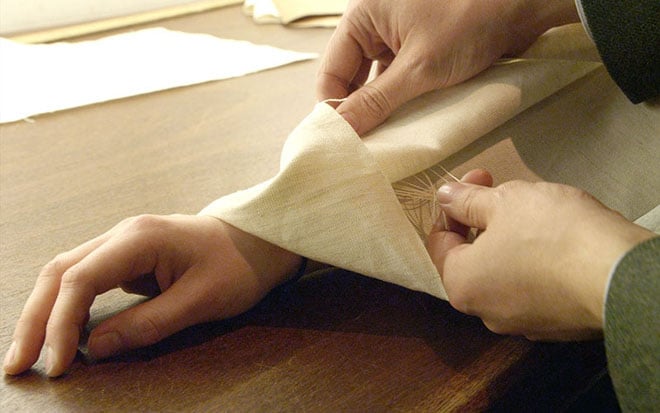 The team’s aim is to make “smart” threads that can be integrated and scaled up to be used in existing industrial machines, rather than starting from scratch. Poupyrev notes that while smart clothing is nothing new, it isn’t commonplace yet due to manufacturing constraints:

The clothing industry makes 19 billion garments per year. Compare that to the 128 million smartphones made last year. So when we talk about interactive textiles, we need to think about it at the scale of clothes manufacturing, using existing supply chains and existing industrial weaving machines.

So the aim of Project Jacquard is to work with the system that is already in place, rather than re-inventing the wheel. On top of this, the fabrics will be rigorously tested to survive the hazards of industrial production. 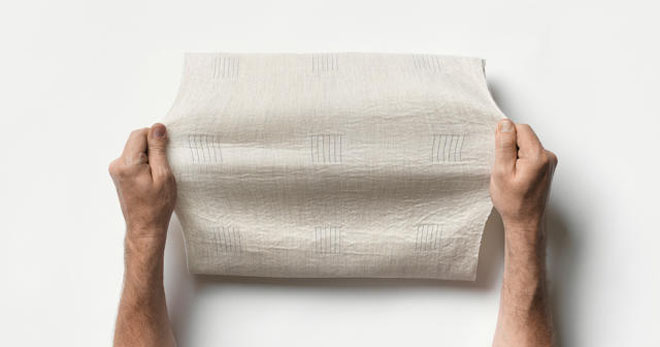 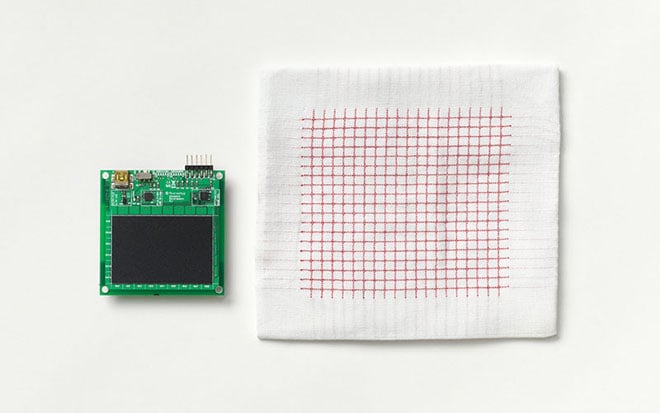 The project is aiming to make technology more “ambient,” to weave interactivity and input capabilities into the fabrics and objects (think sofas, pillows, curtains) around us. In addition, the team wants to make smart textiles more accessible to traditional designers who may not have any experience with integrating this kind of technology, to make it easier for them to collaborate with software developers. The point is to make it more hidden than obvious, says lead researcher Nan-Wei Gong: “We’re trying to shrink down all the components to the size of a button and ultimately this will be something that’s so small we can embed them into the manufacturing process.” 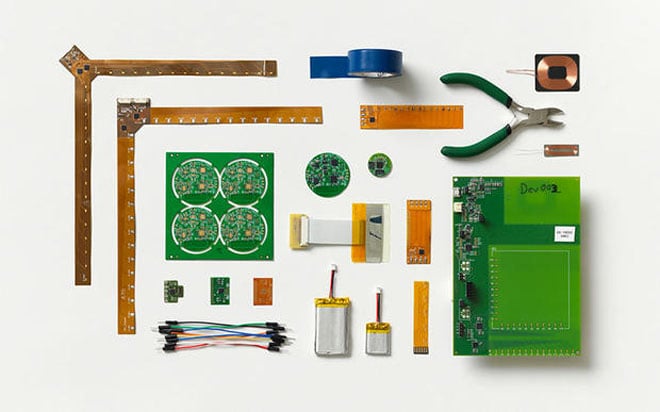 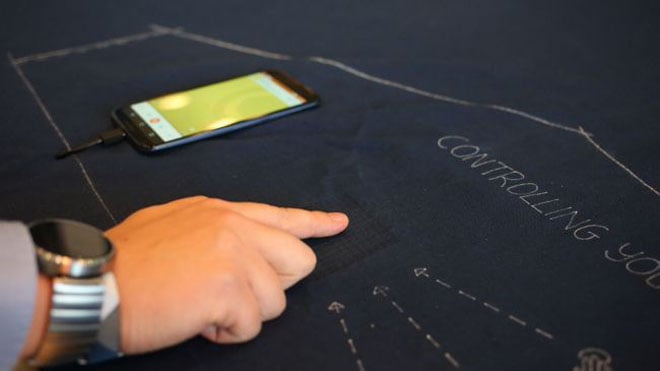 It could revolutionize the fashion industry, turning the “dumb” clothes we wear into blank, programmable canvases of sorts, allowing us to do surprising things. There could be smart clothes which have medical applications, like monitoring our vital signs; garments that allow us to communicate wirelessly; or let us control our smart homes. These clothes could interface with virtual reality platforms, or provide haptic feedback for users. Of course, there’s always a flip side; consumers’ privacy rights might be encroached upon, as is now happening today with our other gadgets. Nevertheless, the versatility of these prototypical smart garments is the key, says Poupyrev:

Every jacket will do something special. But one thing that was really important for this thing is, we are thinking platform, and we want people to write their own applications for this garment. It’s a normal jacket, [a] tailored-made jacket. It’s not a “wearable.” It’s not some special thing. So once we open it up, people can write their own applications about what they want. [Users] can install applications, so, it’s not one-off, that it does one thing. It becomes more interesting, because you can modify the functionality of your garment as you go through your day or your life.

To this end, the team is now working on “developing custom connectors, electronic components, communication protocols, and an ecosystem of simple applications and cloud services” for these fabrics. And these smart garments may come sooner than you think; Google is partnering up with Levi’s to roll out the first smart clothing products in 2016. Read more over at Project Jacquard.