Grafana after 9 Years: What Now?

Over nine years, Grafana has become a wildly popular monitoring and observability platform known and loved for monitoring, metrics, and data visualization on a sleek and shiny interface, but there's still room for improvement.
Jul 7th, 2022 7:32am by B. Cameron Gain 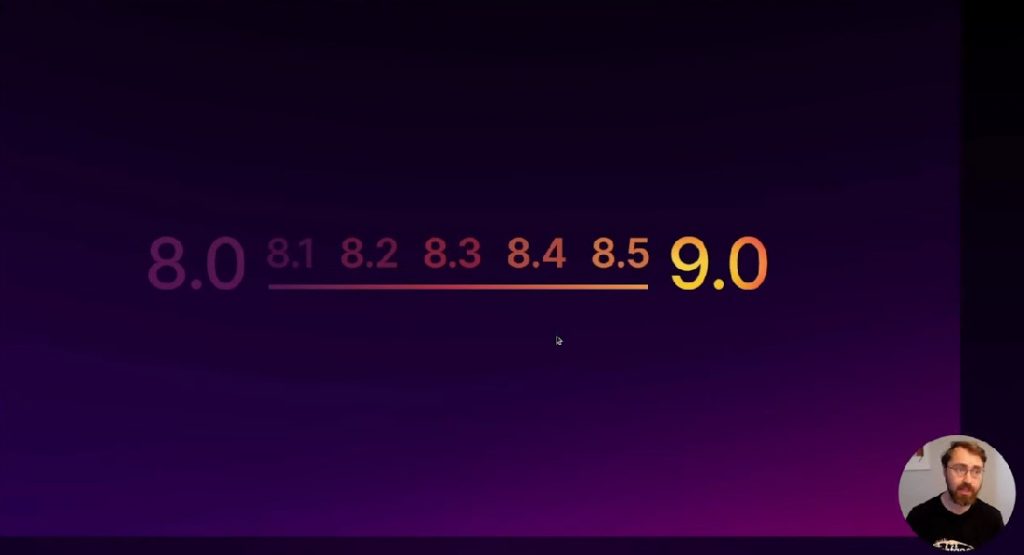 It has been over nine years since Grafana was begun as a hobby project before becoming the wildly popular monitoring and observability platform it is today, known and loved for monitoring, metrics, and data visualization on a sleek and shiny interface. As of the writing of this article, Grafana’s user base continues to grow exponentially, now counting over 10 million users and almost one million instances with 9,700 and almost 50,000 GitHub forks and stars, respectively (not to say GitHub stars mean that much, though). Besides Prometheus (which fits nicely inside the Grafana panel and for which Grafana is by far the largest contributor), Grafana is the most used observability tool in use today.

While less interesting from a pure technology perspective, Grafana’s staffers have ballooned to over 750 staffers since Grafana Labs co-founder Torkel Ödegaard first started the Grafana project in 2013. Grafana Labs secured $240 million in a Series D investment round, following funding of $220 million in a Series C round of investment in 2022, while valuations for tech and software companies on a macro level have fallen significantly in 2022. So, for the sake of technology, let’s hope that Grafana invests these funds in engineering and making its software better, as opposed to staffing up on marketing in a lopsided way. Interestingly enough, Grafana reports its revenues exploding as well (it does not disclose financial details) while only about 100 paid accounts represent over 95% of its revenues) among its 10-million and growing user base.

Dominant positions in software don’t necessarily have very long life expectancies (Netscape’s and Microsoft’s ill-managed and inherently flawed Internet Explorer share loss in the browser wars are but one example. This begs the question of what Grafana Labs as a company must and should do now to maintain its status as the go-to alternative for observability and data visualizations. Based on talks at the recently held GrafanaCONline annual user’s conference and my experimenting with Grafana, I look at what Grafana Labs is and could be doing to make it more accessible and to improve its ease of use, as well as new features on offer in this article. In this context, it will be interesting to see if Grafana Labs can maintain the momentum of the snowball effect of its still rapidly growing popularity.

As simple as it is, there is a learning curve to use @grafana. Co-founder Torkel Ödegaard on #Grafana 9.0 said improvements have been made for accessibility. Long-term goal: "make it possible to search across everything you do and perform." @torkelo #GrafanCONline pic.twitter.com/4mSOcsHKLC

It does seem Grafana continues to double down on what it has been doing best during the past few years: That is delivering consistent improvements consecutively in each release, instead of offering one big bang, release and offering a lopsided number of features for the enterprise version. However, more features are in order to improve the Grafana dashboard experience overall, as well as the use of the Grafana Loki, Tempo and now Mimir components.

As Ödegaard admitted during GrafanaCONline, “Grafana is not always so easy.” He also added that making “ease of use improvements” and rendering observability and data management easier overall is a key mission for Grafana Labs at this time. “This is a big mission here at Grafana Labs and the focus, in general, is to make monitoring observability and data visualization easier and more accessible to more people,” Ödegaard said. “And one way to do that it makes it just easier to find your way around Grafana.”

One of the things I am most proud and excited about in @grafana v9 is the new query builders for #Prometheus and #GrafanaLoki. Writing and understanding PromQL or LogQL queries is far from easy, these new builders are game-changers (I hope) in lowering the barrier of entry. pic.twitter.com/6m2XNv6Xx2

Recent improvements for accessibility on Grafana that users can experience with Grafana 9.0 include Visualization Suggestions. The feature helps to address “getting the right kind of visualization and settings” for a specific query. Finding the right settings has been a challenge for users, mainly due to how Grafana supports such a vast amount of data sources and use cases. 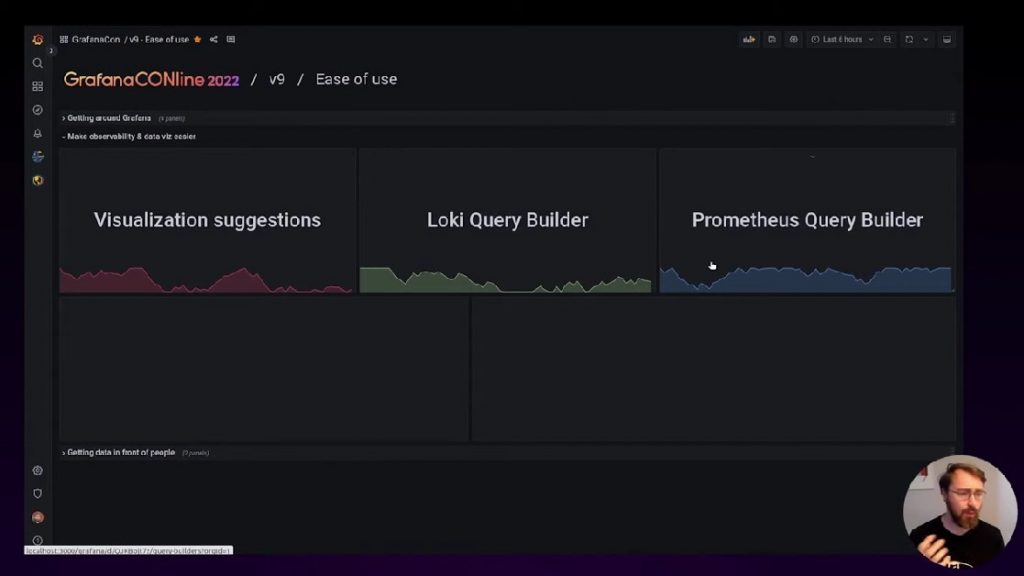 Other improvements for accessibility include a navigation bar “that looks very similar to the old one but has improved and keyboard support and accessibility,” Ödegaard said. With it, the user is able to expand the navigation bar and more easily explore different sections. A new search engine and updates to the search user interface are among the new improvements.

“The exciting thing with a new search is that this new search engine allows us to not only show you dashboards but we can show and search for panels within the dashboard and you can quickly navigate to a panel within a dashboard,” Ödegaard said.

Lots Left to Do

As simple as it is, there is a learning curve to use @grafana. Co-founder Torkel Ödegaard on #Grafana 9.0 said improvements have been made for accessibility. Long-term goal: "make it possible to search across everything you do and perform." @torkelo #GrafanCONline pic.twitter.com/4mSOcsHKLC

However, there is a lot of work that remains to be done. Grafana’s improvement to visualization notwithstanding, Grafana can still use more automation and less command-line work required, short of turning it into a low-code platform. Google Sheets integration is just one example. For data sources for data visualization, Google Sheets is not a default Grafana data source. This means it is necessary to access Docker and Docker the CLI and to install the plug-in needed to visualize Google Sheets data on Grafana Cloud at this time. This takes a bit of manual command-line configuring as this demo shows.  (However,  it is to be noted that Grafana Labs offers a non-CLI-based installation with Grafana Cloud, which allows Google Sheets to be installed directly.)

The lack of a simple point-and-click way to upload something as popular as Google Sheets data files on a Grafana Dashboard for visualization is just one example. Hopefully, other database file types will become that much easier to access without having to configure Docker containers and perform other manual processes. To that end, new players for data visualization and observability are emerging that do offer more point-and-click functionality and low-code ease of use. Directus, for example, was created to serve as an open source data platform that automatically wraps any SQL database with a real-time GraphQL+REST API for developers, as well as serving as a no-code data collaboration app for non-technical users. 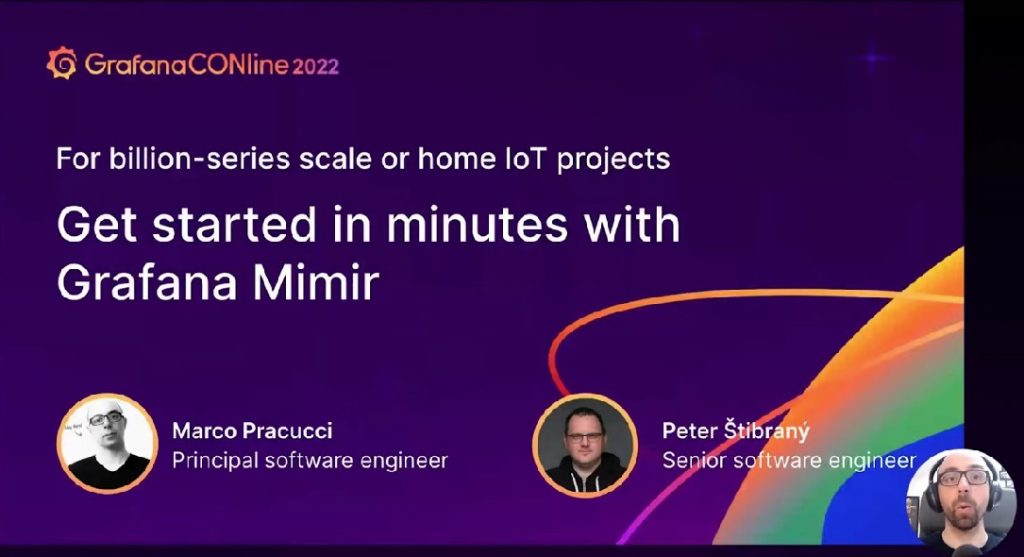 The verdict is that Grafana Labs continues to improve its open source offerings in ways that have translated into tangible benefits for users although, as mentioned above, there is much need for improvement — that is, if Grafana Labs plans to continue to seek ways to make its dashboards more accessible, and even potentially go down the low-code path. However, arguably, those who are looking for Grafana to offer a low-code framework for the so-called citizen developer or the layperson looking to create simple data visualizations or other rudimentary projects are probably missing the point. There are also other providers that are stepping up to offer low-code alternatives for data visualizations, such as Directus mentioned above.

Meanwhile, the myriad of features that exist for Grafana Labs will only continue to get better and more powerful. At the end of the day, the ratio of  the struggles some users have in getting Grafana dashboards up and running over Grafana’s powerful features that have made it famous in the observability world is very low indeed.

BC Gain’s obsession with computers began when he hacked a Space Invaders console to play all day for 25 cents at the local video arcade in the early 1980s. He then started writing code for very elementary games on the...
Read more from B. Cameron Gain
SHARE THIS STORY
RELATED STORIES
Snowflake Delivers Bevy of Developer Goodies How to Gain Visibility into Kubernetes Cost Allocation Matillion’s Data Productivity Cloud Brings dbt Orchestration Why Cloud Lock-In Is Getting Worse Amazon Web Services Gears Elastic Kubernetes Service for Batch Work
TNS owner Insight Partners is an investor in: Docker.
SHARE THIS STORY
RELATED STORIES
Simplify Multicloud Security in 5 Steps Cryptojacking: Free Money for Attackers, Huge Cloud Bill for You Microsoft Bolsters Cloud Security with DevOps, CSPM Coverage Pulumi Introduces One-Click Deployments Snowflake Delivers Bevy of Developer Goodies
THE NEW STACK UPDATE A newsletter digest of the week’s most important stories & analyses.
The New stack does not sell your information or share it with unaffiliated third parties. By continuing, you agree to our Terms of Use and Privacy Policy.