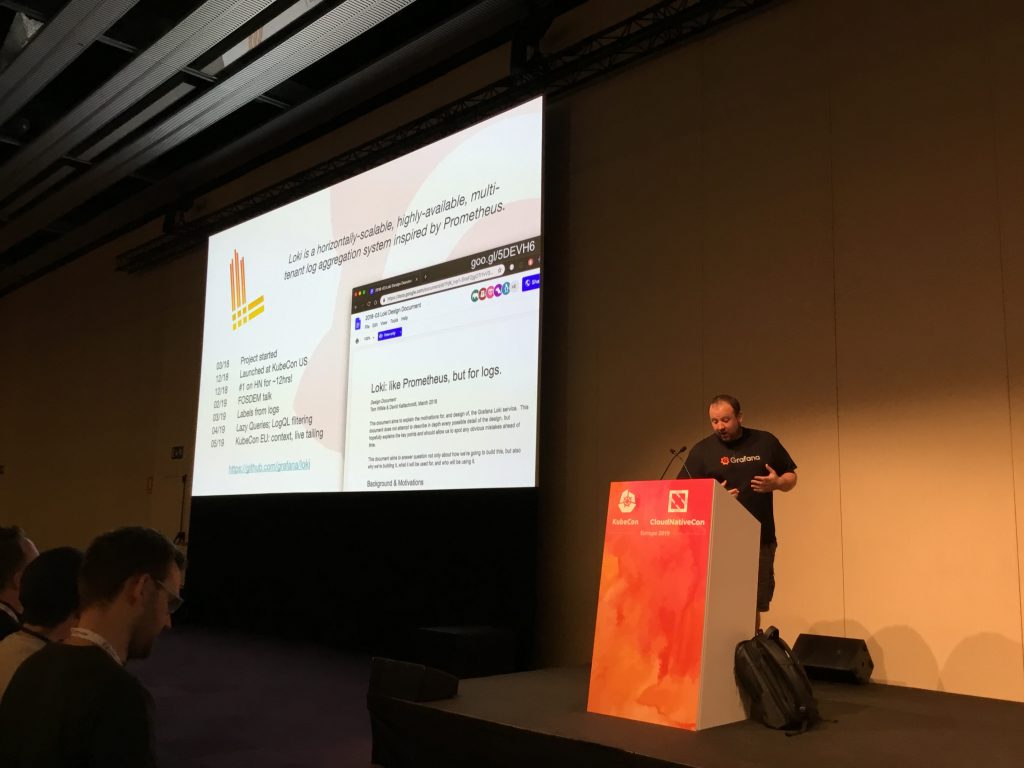 Grafana Loki creator Tom Wilkie, vice president, product, for Grafana Labs told The New Stack, developers could expect to see the beta version release of the popular and much-talked-about logging tool “in the next days or weeks and a full kind of production-ready early next quarter.”

“We are almost feature-complete,” Wilkie said.

Speaking with The New Stack following his talk aptly named after its GitHub title “Grafana Loki: Like Prometheus, but for Logs” in a tightly packed auditorium during KubeCon + CloudNativeCon Europe at Barcelona, Wilkie attributed Loki’s wide appeal to its simplicity. While Elasticsearch has been the most popular log solution for Kubernetes and it’s “a really powerful product,” Wilkie said developers have been “yearning for something a bit simpler.”

Created to simply search and visualize logs in Grafana, Loki has 6,114 stars on GitHub since its release early last year when it held the number-one spot on “Hacker News” for about 12 hours.

“Loki will never be for business analytics. It’s not what we’re trying to do,” Wilkie said. 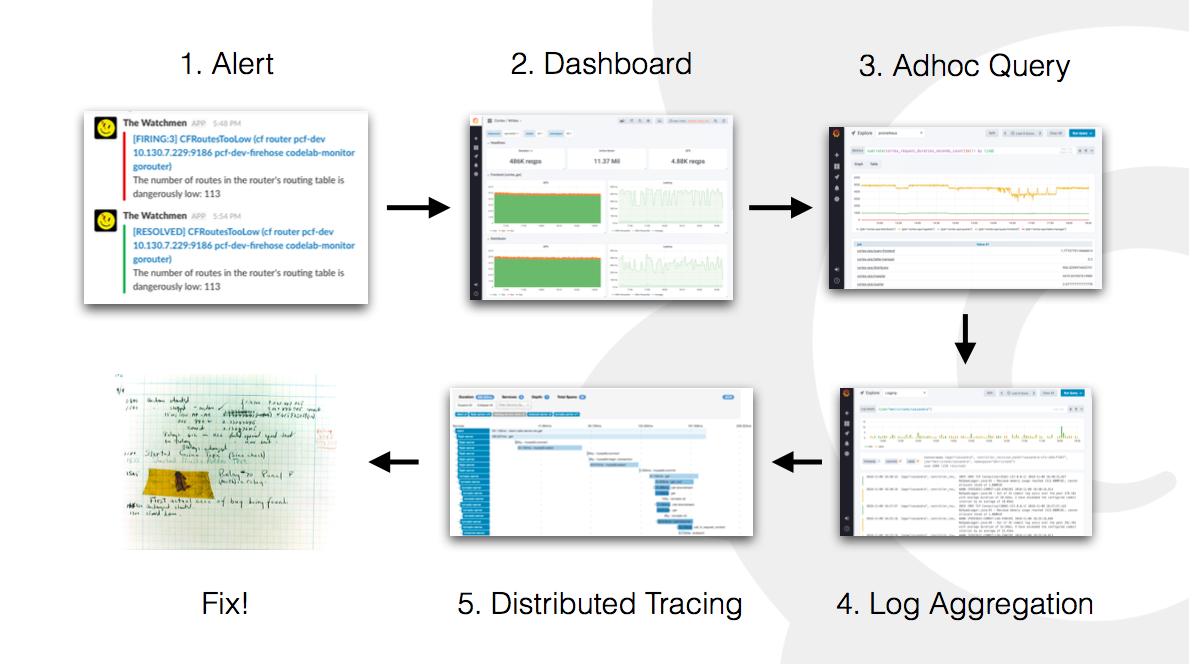 Elasticsearch has remained the “most-popular log solution for Kubernetes and it’s a really powerful product,” Wilkie said. “But I think there’s a yearning for something a bit simpler. Like we were also standing on the shoulders of giants here, like Promethean championed this easy to use simple, powerful metric system,” Wilkie said. “We have been so incredibly inspired by what the Prometheus team has done and, and really we just copied a lot of the techniques into the logging space.”

Wilkie described the end result as a “combination of simplicity, Prometheus-inspired, Kubernetes-focused, day-zero experience with one command.”

The design team also benefited from doing the integrations with Grafana in the user interface, Wilkie said. “We really [benefited] by having that workflow in Grafana when we launched. Imagine if we’d launched as a command line tool: it might not have been as popular,” Wilkie said. “So, building that workflow on that integration and having that focus on the user’s journey. From day zero, I think made a really big impact very quickly.”

The design team is now in a “mad rush to make it as production-worthy as possible,” Wilkie said. “We’re already running it in production. So some of our users, but really, there are a few rough edges, we want to smooth it out,” Wilkie said.

More specifically, Wilkie described how the design team (with the help of the open source community, of course) is working to expand the use cases, by offering, among other things, numerical analysis for alerting features. “We’ve seen a lot of interest from kind of audit log use cases and verifiability for those,” Wilkie said.

I this talk, Wilkie said development experts have been focused on making Loki simple to use by making it  easy to integrate with existing observability tools while being “Cloud Native through-and-through.”

“Existing log aggregation systems do full-text indexing and support complex queries,” Wilkie said. “Loki doesn’t index the text of the logs, instead, grouping entries into “streams” and indexing those with labels.” 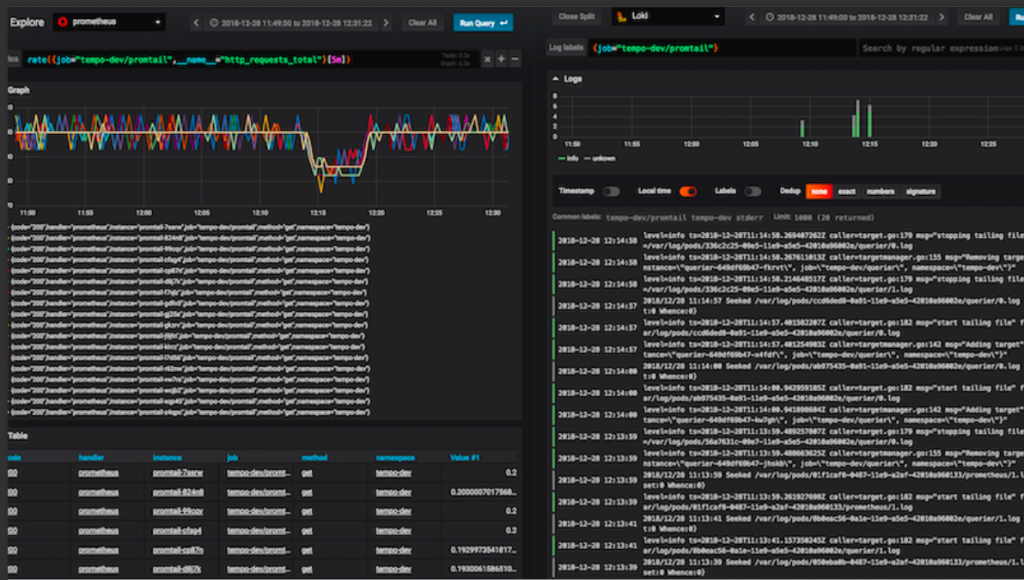 Geared for Prometheus as well was for Kubernetes users, Wilkie described how Prometheus “talks” to Kubernetes to discover a list of targets. He described how, with Prometheus, target information is “relabeled” to build labels, metrics are pulled from apps and target labels are added to “series labels.”

Meanwhile, many developers are invariably waiting to get their hands on the beta, and will likely opt for taking advantage of Loki’s simplicity for logging on cloud native deployments when the production version becomes available.

DNS: The Glue That Holds Your Distributed Network Together
December 07, 2021