Grafana Labs has made some changes to its Prometheus support during the past few weeks as it nixes support for Cortex and introduces Mimir in its place.
Apr 28th, 2022 6:00am by B. Cameron Gain 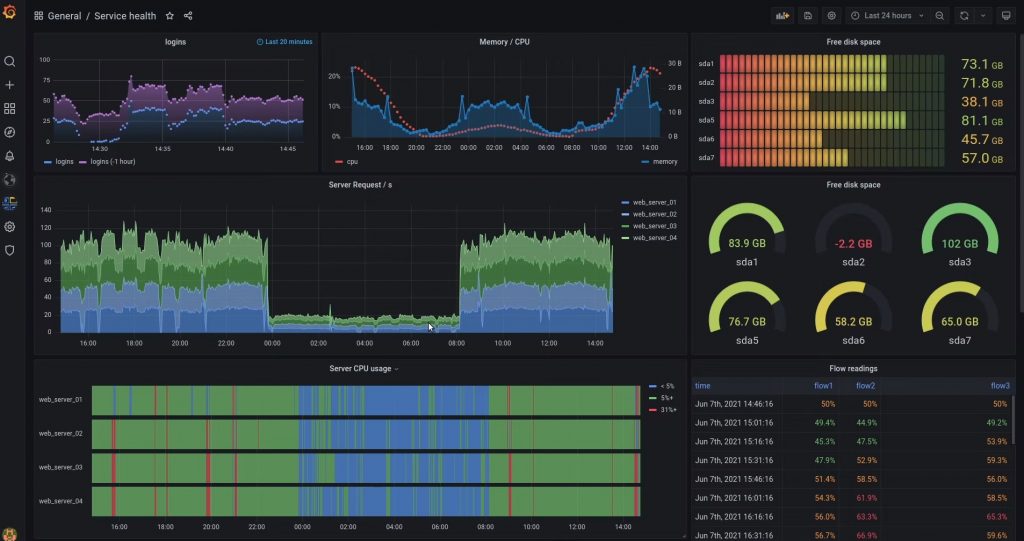 Grafana Labs has made some big changes to some of its core offerings, its licensing agreements, and especially, its Prometheus-related products during the past few weeks as it nixes maintenance for the Cortex open source project and introduces Mimir in its place. Grafana services will also soon be available on Azure.

We first describe what these changes are and detail what the implications will be for the millions of users of Grafana’s wildly popular dashboards and tools.

Since Grafana Labs is no longer maintaining Cortex — the open source time-series database monitoring tool built on Prometheus — there are implications for Amazon Managed Prometheus runs, which runs on Cortex. In Cortex’s place, Mimir has “a number of built-in benefits over Cortex, mostly due to our engineering effort switching to Mimir internally about six months ago,” Tom Wilkie, vice president of product at Grafana Labs, who is also a Prometheus maintainer and a Loki and Cortex co-creator, told The New Stack.

It is also important to note that, despite possible outward appearances, Grafana Labs’ move was not made to protect its revenues derived from Cortex, harkening comparisons to the AWS and Elastic controversy. This is because while Amazon Managed Prometheus is built on Cortex, the context is different compared to when Elastic changed the licensing for ElasticSearch by making the license more restrictive after AWS forked ElasticSearch and offered it as a service. Countering Elastic’s move, AWS then completed open-sourced ElasticSearch before releasing AWS released OpenSearch.

Conversely, Grafana Labs’ business model is not based on providing support services for its open source projects. Instead, Grafana Labs’ revenues are based on the enterprise versions of eponymously named Grafana, Loki, Tempo, and now Mimir, for example, as well as other services and tools you can get when you sign up for Grafana services.

Amazingly, just a small fraction of Grafana users pay for an enterprise account and contribute to Grafana’s revenues among over an estimated 10 million Grafana users. Loki has an estimated tens of thousands of users but only hundreds of paying customers.

“We want Mimir to have hundreds of thousands —  if not millions — of users and we want to have a few thousand of them as paying customers,” Wilkie said.

“The open source project is a way of building a community, getting a whole bunch of people using our software as we try to add real value in the open source community,” Wilkie said. “That’s also giving us a grassroots option motion that allows us to sell into a small number of very large companies.”

The move to Mimir made sense, but the implications of what that means for Amazon Managed Prometheus “remains puzzling,” Torsten Volk, an analyst for Enterprise Management Associates (EMA), told The New Stack. “Surely Amazon noticed the decline in Grafana’s code contributions to Cortex over the previous months, so they must have known that changes were coming and therefore had some time to prepare,” Volk said. “On the other hand, Amazon does not have a history of picking up and maintaining open source projects. Therefore, it will be interesting to see their next move at ensuring the future of their managed Prometheus service.”

The AGPLv3 license applies to the use of Mimir instead of Cortex’s Apache2 license, which could play a role in how AWS could potentially fork Cortex and/or develop Amazon Managed Prometheus (more on the Cortex project and licensing implications below).

However, the fact that Mimir is used under an AGPLv3 license instead of Cortex’s Apache2 license will likely not change much for users. In fact, Grafana, Tempo and Loki also use the AGPLv3 license.

“Fundamentally, the thing the AGPL license gives us is if someone takes our projects, modifies them and then offers them on the internet or for download, they have to make their modifications available under the GPL license,” Wilkie said.

Grafana thus did not add a more restrictive license for the use of Mimir compared to the Cortex Apache license to help maintain its services revenue base. “We didn’t make this change for protection — we made this change because it offers a more level playing field for collaboration, and it’s the way we believe is the right way to build open source projects and build successful communities around them,” Wilkie said.

At the same time, Grafana has formed a new alliance with Microsoft. After Microsoft and Grafana announced what Microsoft described as a “strategic partnership” to develop a managed service to run Grafana natively within the Azure cloud platform in November 2021, Microsoft said this month Azure Managed Grafana is available in preview. Grafana and Microsoft representatives confirmed to The New Stack that the generally available release of Azure Managed Grafana is slated by end of the year.

So, where does this all leave Grafana’s relationship with AWS?

“We are strategic partners and are continuing to collaborate closely on Amazon Managed Grafana and already see the partnership gaining momentum. The announcement of Grafana Mimir does not change anything and Amazon can still use and improve upon Cortex,” Ash Mazhari, vice president of corporate development at Grafana Labs, told The New Stack, “Amazon is an active partner and we regularly collaborate on how to best serve our customers and we see the relationship continuing to grow in the future.”

In December 2020 during AWS’s annual users’ conference re:Invent, Grafana announced “the official” Grafana Enterprise upgrade to Amazon Managed Grafana. Before that release, organizations could run Grafana Enterprise and Grafana Cloud, the open source version of Grafana, Loki and Cortex, as well as Prometheus, on their AWS hosted environments. What changed then was now Grafana Enterprise and other Grafana tools became available among what AWS offers directly to its customers. This move helped to solve, among other things, potential operations and implementation challenges Grafana users might otherwise face.

Also announced during re:Invent was Grafana’s collaboration with AWS on Amazon Managed Prometheus.

Grafana appears to be taking a similar tack with Microsoft by helping Azure users have a more direct experience with Grafana when Azure Managed Grafana becomes generally available. This move also signals that Grafana is seeking to widen its reach among the major cloud vendor offerings (no word yet if and when Grafana Labs will strike up something similar with Google Cloud Services), as opposed to shifting away from AWS in the wake of its ending its maintenance of the Cortex open source project.

“Grafana has grown up to be much more than a junior partner for Amazon, Azure or Google Cloud. They made this move to protect their code contributions to the new Mimir project to not tempt anyone to commercialize a forked version of their code,” Volk said. “This just made good business sense in a situation where Grafana did not have to worry about negatively impacting its overall Amazon partnership with this move.”

Meanwhile, Grafana will also offer support for Cortex users to make the switch to Mimir. However, this does not mean that Cortex is dead. It is just that Grafana no longer supports Cortex’s development. In the spirit of open source, Wilkie told The New Stack:

“Historically, Grafana Labs has sponsored the majority of work on Cortex. While Grafanistas will no longer be asked to work on Cortex as part of their day job, they are welcome to contribute in their free time — as is anyone else. The future of the Cortex project is up to the maintainers of the Cortex project. We strongly believe that individuals, not companies, are members of any given open source project. As such, Grafanistas are welcome to continue as maintainers of Cortex or any other project. If maintainers choose to step down, that is their own personal decision.”

Grafana is also seeking to make the shift away from Cortex as smooth as possible.

BC Gain’s obsession with computers began when he hacked a Space Invaders console to play all day for 25 cents at the local video arcade in the early 1980s. He then started writing code for very elementary games on the...
Read more from B. Cameron Gain
SHARE THIS STORY
RELATED STORIES
Microsoft Makes Azure Load Testing Generally Available How Jit Builds a Platform Engineering Mindset in the Cloud Coherence Strives to Streamline Cloud Developer Experience Qlik Plans to Acquire Talend. Is it a Data Management Double-Dip? Google Makes Postgres-Compatible AlloyDB Generally Available
Amazon Web Services, mentioned in this article, is a sponsor of The New Stack.
TNS owner Insight Partners is an investor in: The New Stack.
SHARE THIS STORY
RELATED STORIES
Multicloud vs. Hybrid Cloud: Key Comparisons and Differences PLG Will Eliminate the Subscription-Based Software Model AWS Code Catalyst: A 'Low-Code' Approach for the Dev Lifecycle Data 2023 Outlook: Rethink the Modern Data Stack Why a Twitter Founding Engineer Is Now All-in on Mastodon
THE NEW STACK UPDATE A newsletter digest of the week’s most important stories & analyses.
The New stack does not sell your information or share it with unaffiliated third parties. By continuing, you agree to our Terms of Use and Privacy Policy.