With release 8.2 of its observability platform, Grafana moves closer to its goal of democratizing metrics for all users. New features in 8.2 focus on navigation, with a new plugin catalog and the ability to configure fiscal years and quarters in the time range controls.
Nov 9th, 2021 8:02am by B. Cameron Gain 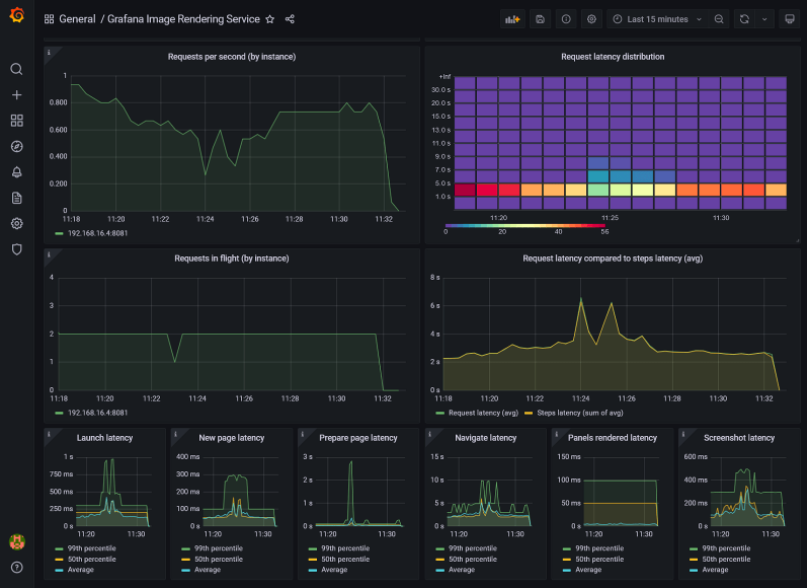 The open source observability dashboard Grafana has supplemented with some new, long-awaited capabilities that are worth a second look, including enterprise features such as improved control for access and permissions.

The new capabilities in the open source version of Grafana 8.2 include a plugin catalog and the ability to configure fiscal years and quarters in the time-range controls. Grafana Enterprise also offers new stats and licensing-status visualizations and improved performance insights and easier-to-access reporting.

These changes to Grafana in 8.2 are focused on navigation, “with more to come,” Petros Kolyvas, senior product manager for Grafana, wrote in a blog post.

“This release marks the start of our work focused on measurable improvements to Grafana’s accessibility — part of our continuing mission to democratize metrics,” Kolyvas wrote.

The release thus shows Grafana’s intentions of extending the use of its dashboards across different DevOps teams. “With the number of data sources rapidly increasing and with developers, SREs, DevOps engineers and business analysts becoming quickly aware of the value of rolling their own custom dashboards, it becomes critical for Grafana to get as many of these roles hooked on their dashboard as possible,” Torsten Volk, an analyst at Enterprise Management Associates (EMA), told The New Stack. 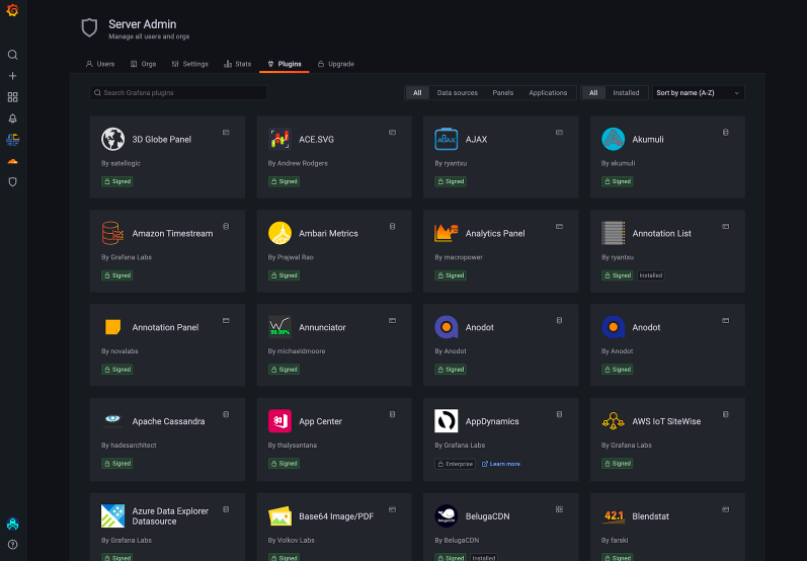 The open source version of Grafana 8.2 enables more visibility into and management of plugins. For example, it is possible to both install and uninstall plugins, without having to restart Grafana. Monitoring is also improved since it is now possible to distinguish between installed and all available plugins on the same screen.

These new features streamline usability and help open up the platform for more users and use cases, Volk said. 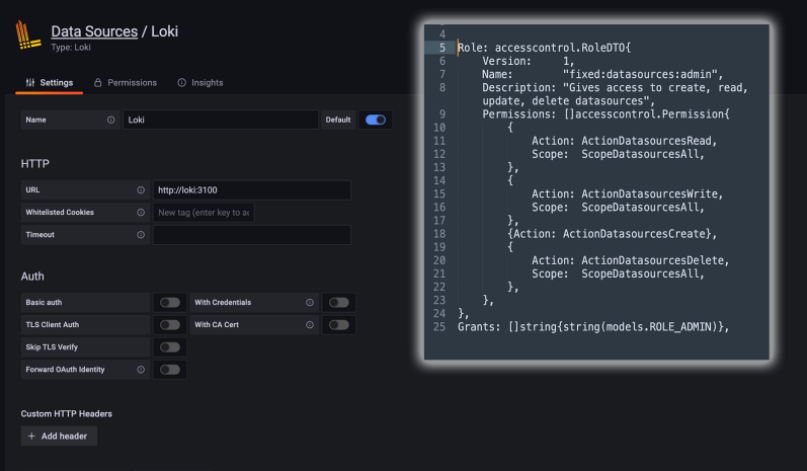 Improved access and permissions capabilities with the enterprise version can be described as an “about time” add-on in consideration of the struggles many organizations face when managing several different user accounts. This can be especially challenging when scaling operations. Of course, Grafana is not the only guilty party. whether it’s Google Docs, WordPress or APIs for Kubernetes cluster management —  to name just a few at-random examples — admins and operations team members typically struggle to finetune user privileges for data and application access.

In the case of the 8.2 release, Grafana offers what it calls “fine-grained” access-control to offer data-source and provisioning permissions: Grafana 8.2 now allows admins to delineate roles and access for users as either viewers, editors or admins). It also is possible to set which roles permit users to reload provisioning configuration for dashboards, data sources and other provisioned resources. More access improvements are to come for Grafana dashboards and API keys, Kolyvas wrote in his blog post.

Increasing the granularity of role and user-based access controls is a critical requirement for Grafana’s quest to deepen the enterprise adoption of its platform, Volk said.

One Screen for Stats, Licenses and Folder Permissions 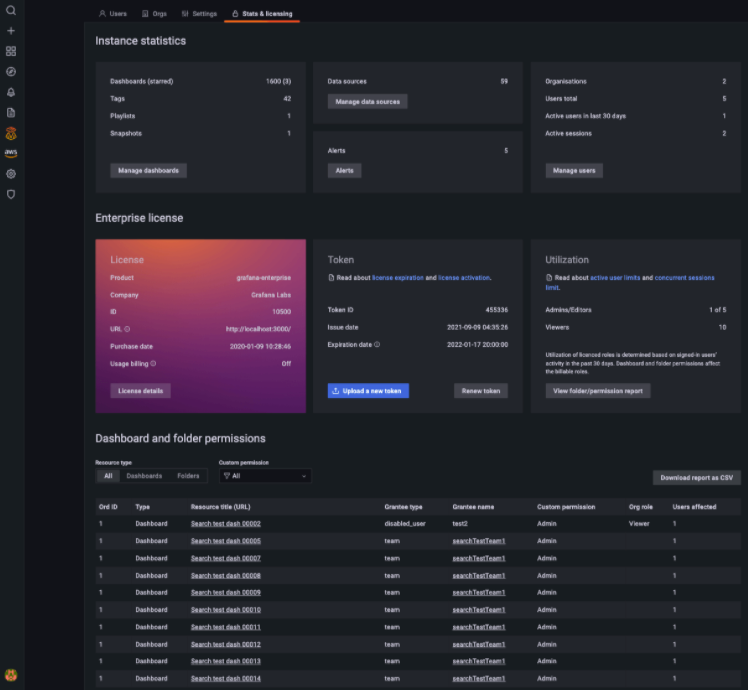 Grafana’s visualization capabilities are widely known and used in the IT community, in this enterprise release, it has gone a step further in pulling information into a single screen that combines stats, licenses and permissions (the screen is also very large). This capability makes it easier to understand and manage different license terms and user accounts. It is now easier to see when a particular license or group of licenses is about to expire, for example. The stats displayed on the screen include Grafana statistics such as the number of dashboards, data sources and alerts in a given instance. This screen also includes an interactive list of dashboard and folder permissions, which can affect your users’ licensed roles in Grafana.

Fiscal and Years and Quarter Selection

The open source version of Grafana 8.2 includes what Kolyvas described in his blog post as a “significant change to the time range menu.” It now includes the ability to set the start month of an organization’s fiscal year. This feature enables configurable fiscal year and fiscal quarter time range for use cases that require it, which he said “can be especially helpful” for “go-to-market,” finance and other business stakeholder dashboards.

“We can see Grafana adding new enterprise capabilities bit by bit, all of them are necessary for the company to ultimately mainstream data-driven dashboards beyond operations and across the entire enterprise,” Volk said.

The 8.2 Enterprise release offers usage insights logs that offer information about user dashboard visits, queries and frontend errors that could not previously be tracked with Grafana. While these metrics previously had to be exported to Loki Grafana, a log aggregation system based on Prometheus, it is now possible to view log data with regular server logs, thus facilitating the detection of problem dashboards and data sources.