Grafana Labs’ popular observability platform and other tools should  run better and integrate more easily with Amazon Web Services (AWS) following the partnership announced this week during Re:Invent.
Dec 17th, 2020 10:13am by B. Cameron Gain 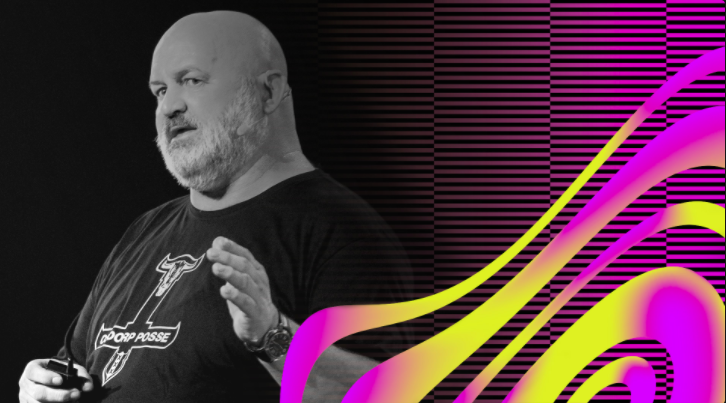 Now available as “the official Grafana Enterprise upgrade to the Amazon Managed Service for Grafana,” the package that results from the AWS partnership, which could help advance Grafana Labs’ business strategy for its Grafana Enterprise software in a number of ways, Grafana executives told The New Stack.

Previously, of course, organizations could implement and run Grafana Enterprise and Grafana Cloud, the open source version of Grafana, Loki and Cortex, as well as Prometheus, on their AWS hosted environments. What changes now is that Grafana Enterprise and other Grafana tools are now available among what AWS offers directly to its customers. This solves, among other things, potential operations and implementation challenges Grafana users might otherwise face. The partnership is thus seen as a huge potential boon for Grafana’s accessibility and availability for users, Tom Wilkie, vice president of product at Grafana Labs, who is also a Prometheus maintainer and a Loki and Cortex co-creator, told The New Stack.

“This is such a blessing to have Amazon effectively anoint these as the de facto standards in this space. Amazon has such a huge channel to the market and there is such a huge audience for their software that just by featuring it as an Amazon managed service as a first-party offering,” Wilkie said. “This is going to bring Grafana and Prometheus to a much wider audience — honestly, that’s probably the biggest contribution.”

Wilkie would not comment on the controversy over AWS potentially offering open source projects and then offering services for the software directly to its cloud customers.

With its package, AWS could effectively compete with an organization that created a platform whose business model is based on service and support for the software. A similar point of contention was expressed by the Netherlands-based Elastic over AWS’ Elasticsearch Distribution, for example, as well as by other companies.

However, Wilkie described — while again declining to comment or speculate over other open source business models and their relationship with AWS — how Grafana Labs’ business model is largely based on Grafana Enterprise and open source.

“I think it is possible to do business as an open source startup with Amazon and I think we’re the example of how to do that,” Wilkie said. “We’ve got a very good relationship, and this is helping us and Amazon succeed.”

Under the terms of the partnership — which Amazon Vice President and Chief Technology Officer Werner Vogels announced earlier this week during an re:Invent keynote, Grafana will also collaborate with AWS on Amazon Managed Service for Prometheus built on the Cortex project designed to run and manage Prometheus at scale.

Grafana Labs’ dashboard is especially popular. Earlier this year, Grafana Labs said it has sought to make the adoption of Prometheus with improvements to its dashboard, as well as improving security, reliability and other features for Prometheus with the Grafana dashboard. These new capabilities will become available as an AWS cloud offering under the “Amazon Managed Service for Grafana” umbrella.

While the partnership was the result of a close collaboration with AWS with “weekly check-ins, shared backlogs and late hours over several months,” Mitchel Seaman, senior product manager at Grafana Labs, also noted how AWS and Grafana engineers had already previously worked for on Grafana data source plug-ins, such as Amazon CloudWatch, AWS X-Ray, Amazon Timestream, and most recently, AWS IoT SiteWise.

“To help launch Amazon Managed Service for Grafana, our engineers wrote code and shared our expertise in running Grafana Cloud to help AWS set up a reliable service running within AWS,” Seaman told The New Stack. “We also built new features together, like the ‘AWS Provisioning App in Grafana,’ which lets users set up their AWS data sources with just a couple of clicks.”

“The partnership with AWS came to fruition because it was clear we had an opportunity to meet our users where they are,” Seaman said. “We’re looking forward to seeing where the community takes us next.”

BC Gain’s obsession with computers began when he hacked a Space Invaders console to play all day for 25 cents at the local video arcade in the early 1980s. He then started writing code for very elementary games on the...
Read more from B. Cameron Gain
SHARE THIS STORY
RELATED STORIES
Build a Churn Detection Train with AI Blueprints Data 2023 Outlook: Rethink the Modern Data Stack Qlik Plans to Acquire Talend. Is it a Data Management Double-Dip? AWS Code Catalyst: A 'Low-Code' Approach for the Dev Lifecycle Private SaaS, a New Paradigm
TNS owner Insight Partners is an investor in: The New Stack.
SHARE THIS STORY
RELATED STORIES
It Happened to Me: How I Suddenly Owed AWS $13,000... Serverless vs. Kubernetes: The People's Vote Why a Twitter Founding Engineer Is Now All-in on Mastodon PLG Will Eliminate the Subscription-Based Software Model Why Trust and Autonomy Matter for Cloud Optimization
THE NEW STACK UPDATE A newsletter digest of the week’s most important stories & analyses.
The New stack does not sell your information or share it with unaffiliated third parties. By continuing, you agree to our Terms of Use and Privacy Policy.