Grafeas: A New Way to Track the DevOps Supply Chain 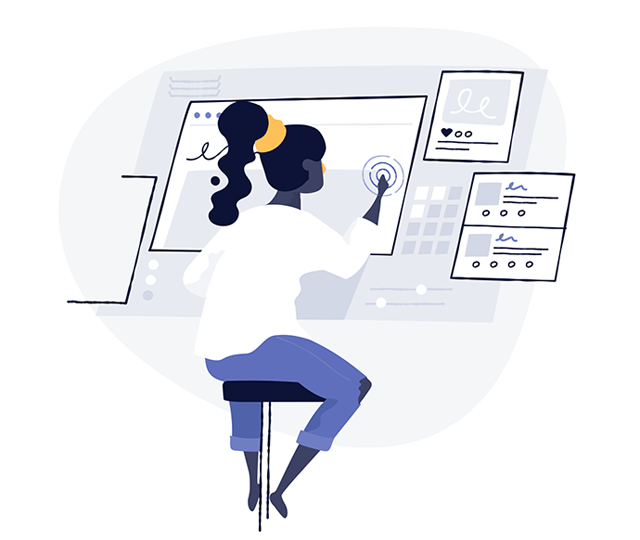 The newly-launched open source initiative Grafeas defines an open, unified metadata exchange format and API that will provide a consistent way to aggregate and consume metadata from software components.

This central store of metadata promises to provide a whole new layer of visibility into the software supply chain — and to enhance auditing and governance capabilities.

Grafeas grew out of work at Google, but JFrog, Red Hat, IBM, Black Duck, Twistlock, Aqua Security, and CoreOS have joined the initiative. 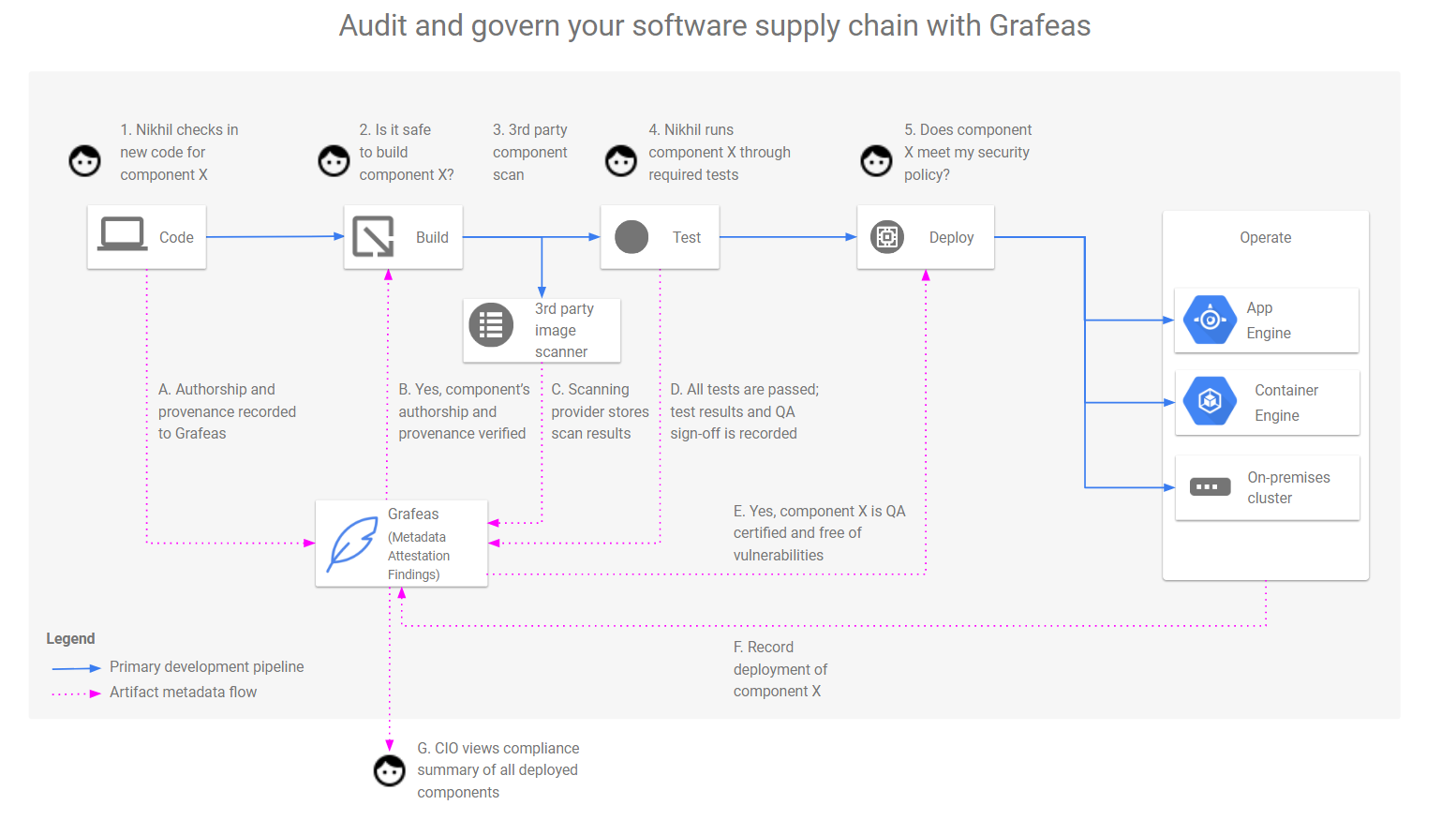 This process has exacerbated problems such as CIOs being confident that what’s being shipped into production is secure, the most up to date, was built in-house and has the right licenses.

“We were hearing from customers that this was a problem that was getting worse,” he said.

“These are not new questions because of containers. It’s just the way things are opening up and getting distributed, it’s just harder to answer.”

Google internally had the same problem, working with a large number of containers and releases, and having a flexible and trustworthy system that could track all the combined components.

Grafeas (“scribe” in Greek) provides a central source of truth for tracking and enforcing policies across software development teams and pipelines.

“If you have a really robust knowledge base about your artifacts, then you can build a really strong governance tool,” Elliott said.

With a second piece, Kritis (“judge” in Greek) organizations can enforce, in real time, governance policies for Kubernetes clusters that draw from the Grafeas metadata.

For e-commerce platform Shopify, which has 6,000 container builds a day and 330,000 images in its primary container registry, keeping track of all the components has been a challenge. The company explained in a blog post that it uses Grafeas to answer questions such as:

“By integrating Grafeas and Kritis into our Kubernetes pipeline, we are now able to automatically store vulnerability and build information about every container image that we create and strictly enforce a built-by-Shopify policy: our Kubernetes clusters only run images signed by our builder,” said Jonathan Pulsifer, senior security engineer at Shopify.

Google is hosting its alpha Grafeas API, but it hopes to build an ecosystem around it. Because it’s not coupled with any particular industry technology or packaging technology, it can run anywhere and store metadata wherever it lives, even in hybrid cloud use cases. It integrates and aggregates metadata from existing tools.

“We expect our collaborators to implement it in their own systems, but they’ll all be able to talk to each other. So with JFrog, we’re working on bi-directional sync, so if they’re using Artifactory and [Jfrog] XRay on-premises or Google products on their private cloud, they can all talk to each other. That’s really important for clients like financial services companies that have hybrid environments,” Elliott said.

He likened it to basic internet plumbing. With a strong central metadata store of the supply chain, it becomes much easier to build a dashboard.

“You don’t have to do a lot of custom engineering to integrate every disparate tool into some kind of dashboard,” he said. “If the API is being plugged into tools for build/test/deploy, the dashboard doesn’t have to query all the different tools, it just queries Grafeas — and only the metadata that you need, so you’re not getting some monolithic report. It can handle simple queries, such as ‘Has the QA team signed off on this image?’ to more rich queries, such as, ‘I’m the CIO and I want to see that status of certain vulnerabilities across all my deployed components.’”

And it opens up possibilities for further automation, according to a JFrog blog post:

CoreOS, Google, Red Hat and Twistlock are sponsors of The New Stack.

Susan Hall is the Sponsor Editor for The New Stack. Her job is to help sponsors attain the widest readership possible for their contributed content. She has written for The New Stack since its early days, as well as sites...
Read more from Susan Hall
SHARE THIS STORY
RELATED STORIES
Why You Can’t Afford to Miss Data Decisions Why Does the NSA Care about the Software Supply Chain? PurpleUrchin: GitHub Actions Hijacked for Crypto Mining A Look at Slack's New GitOps-Based Build Platform Why Developers Need a Management Plane
TNS owner Insight Partners is an investor in: JFrog, Aqua Security.
SHARE THIS STORY
RELATED STORIES
Case Study: How BOK Financial Managed Its Cloud Migration Terraform Cloud Now Offers Less Code — and No Code — Options Create a Local Git Repository on Linux with the Help of SSH New Ebook: A Blueprint for Supply Chain Security What Good Security Looks Like in a Cloudy World
THE NEW STACK UPDATE A newsletter digest of the week’s most important stories & analyses.
The New stack does not sell your information or share it with unaffiliated third parties. By continuing, you agree to our Terms of Use and Privacy Policy.