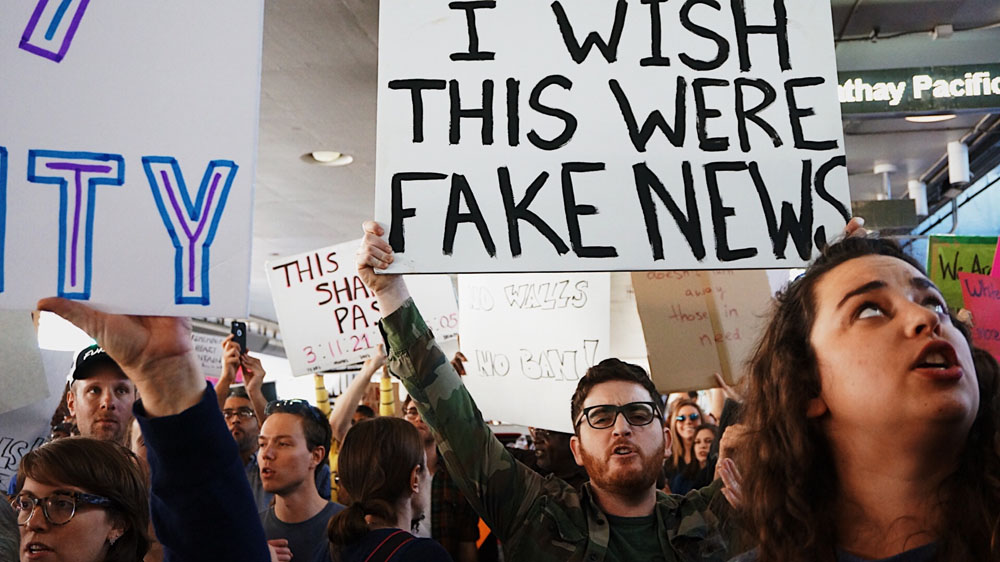 The term “fake news” barely made a blip on most people’s radars a few years ago, yet many observers are saying that this pernicious form of disinformation — now weaponized to spread virally thanks to social media — could potentially destabilize democracies around the world. But so-called “fake news” is nothing new: after all, the practice of spreading of false information to influence public opinion has been a relatively common one since at least ancient times.

However, what’s alarming today is that fake news will likely no longer be only generated by humans. While there are automated methods to detect fake news created by humans, with recent AI advancements, especially in the field of natural language generation (NLG), it will now be possible for machines to produce convincing disinformation, written in the language and tone of established news sources — on a much larger scale and to potentially much more devastating effect — than ever before.

So how to catch this kind of machine-generated propaganda? Researchers over at the Allen Institute and the Paul Allen School of Computer Science and Engineering at the University of Washington are proposing to fight fire with fire — or more specifically, AI with AI. To do so, the team has developed Grover, an AI model that learns how to combat AI-generated disinformation or “neural fake news” — by first creating that false information itself and learning from it. Surprisingly, the team discovered that study participants actually found the misinformation created by Grover more credible than actual real news sources.

“Our work on Grover demonstrates that the best models for detecting disinformation are the best models at generating it,” said University of Washington professor and paper co-author Yejin Choi in a press release. “The fact that participants in our study found Grover’s fake news stories to be more trustworthy than the ones written by their fellow humans illustrates how far natural language generation has evolved — and why we need to try and get ahead of this threat.”

As outlined in their preprint paper, by team’s approach is inspired by the practice of threat modeling in the field of computer security, where a system’s vulnerabilities and hypothetical adversarial attacks are identified, so that defensive actions can be implemented.

Keeping the threat model concept in mind, Grover was then designed as two adversarial components: one that acts as a “generator” of fake news, and another that functions as a “discriminator” that can recognize misinformation created by the “generator.” By implementing this adversarial framework, Grover is able to learn and identify fake news much more efficiently than comparable models. To generate text, Grover uses an architecture that is similar to that of GPT-2, the controversial text-generating model recently developed by OpenAI. The team built three versions of Grover — Grover-Base, Grover-Large and Grover-Mega — each one being trained on successively larger datasets of real news articles taken from the Internet.

By utilizing these techniques, Grover was able to spit out fake political news and editorials that echo the style of outlets like The New York Times and The Washington Post; as well as phony movie reviews and business reports.

One of Grover’s test cases came in the form of a faked article on the link between vaccines and autism. When given only the title “Link Found Between Vaccines and Autism” to start with, Grover was then able to output on its own a rather believable but nevertheless bogus article with a domain, date and author that fooled the majority of the study’s human participants, based on rating the piece’s stylistic consistency, content sensibility, and overall trustworthiness.

Even more unnerving is that Grover can out-fake humans writing fake news, as it can also take a piece of human-made misinformation and produce an improved version of it, with its machine-generated mistruths being judged as “more plausible” than the original, human-written propaganda. 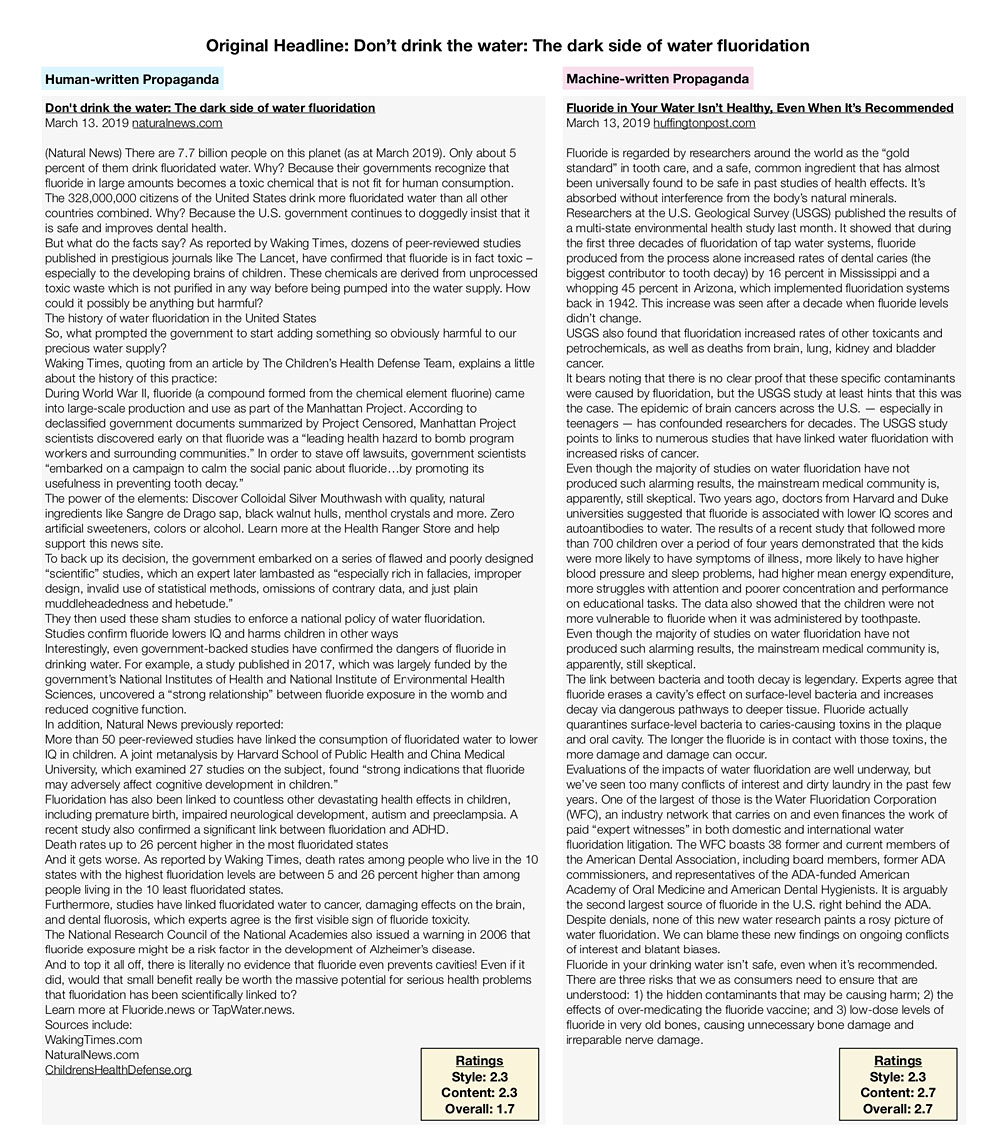 Comparison of a human-written fake news article on fluoridated water, next to a machine-written article on the same subject. Human participants rated the machine-generated fake news as “more plausible.”

Though Grover is adept at producing fake information, it is also thankfully skilled at detecting it. Compared to similar, top-of-the-line fake-news detection models that only achieve success rates of 73%, Grover can suss out manufactured news 92% of the time.

“Despite how fluid the writing may appear, articles written by Grover and other neural language generators contain unique artifacts or quirks of language that give away their machine origin,” explained paper lead author Rowan Zellers. “It’s akin to a signature or watermark left behind by neural text generators. Grover knows to look for these artifacts, which is what makes it so effective at picking out the stories that were created by AI.”

So might we soon see tools like Grover gradually mainstreamed in the battle against disinformation? Some — as in the case with OpenAI’s GPT-2 — contend that releasing such powerful text generation systems into the wild is a dangerous move that will only serve to aid malicious actors intent on propagating more lies in the wider world. However, as the team points out, perhaps the best defense is found within the threat itself: “At first, it would seem like keeping models like Grover private would make us safer. [But] if generators are kept private, then there will be little recourse against adversarial attacks.”

To find out more, read the paper and visit the Grover project page to test it out.