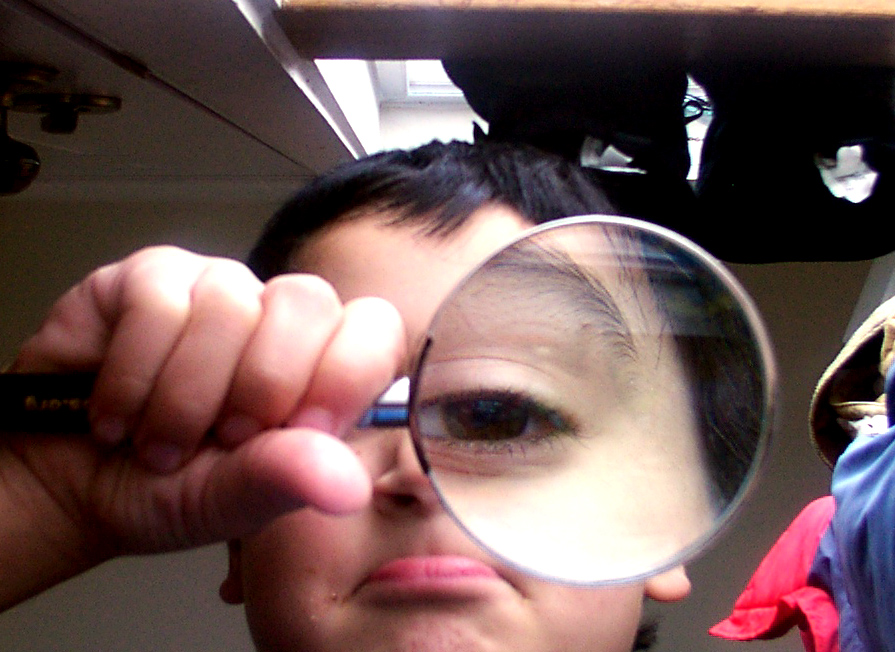 In his talk at the USENIX Enigma conference last year, the nation’s top hacker, Rob Joyce, chief of the U.S. National Security Agency’s cyber-warfare department, the Tailored Access Operations (TAO) unit, said the key to getting into any system is understanding the network better than those who built and run it.

Apparently, hackers do, since they’re able to roam around undetected for more than six months on average, according to Verizon’s latest count, making clear enterprises have to better understand the stacks and applications they’re running.

The enterprise security model is moving beyond the “hard, crunchy shell, with a gooey interior” with few controls inside, as Redpoint Ventures’ Lenny Pruss described it to The New Stack, yet the focus remains largely on prevention.

Security firm GuardiCore takes the position that perimeter will be breached — it’s not a matter of if, but when. Yet most organizations haven’t invested much on security inside, so they find it difficult to determine if they’ve been breached, according to Dave Burton, marketing vice president at GuardiCore.

“As applications are getting more spread out, data center and cloud environments are highly virtualized, and it’s harder for customers to keep track and control that internal traffic. It used to be a trust zone and it’s really not anymore,” he said. “We’re enabling customers to put those controls, the monitoring and detection capability onto their internal traffic.” 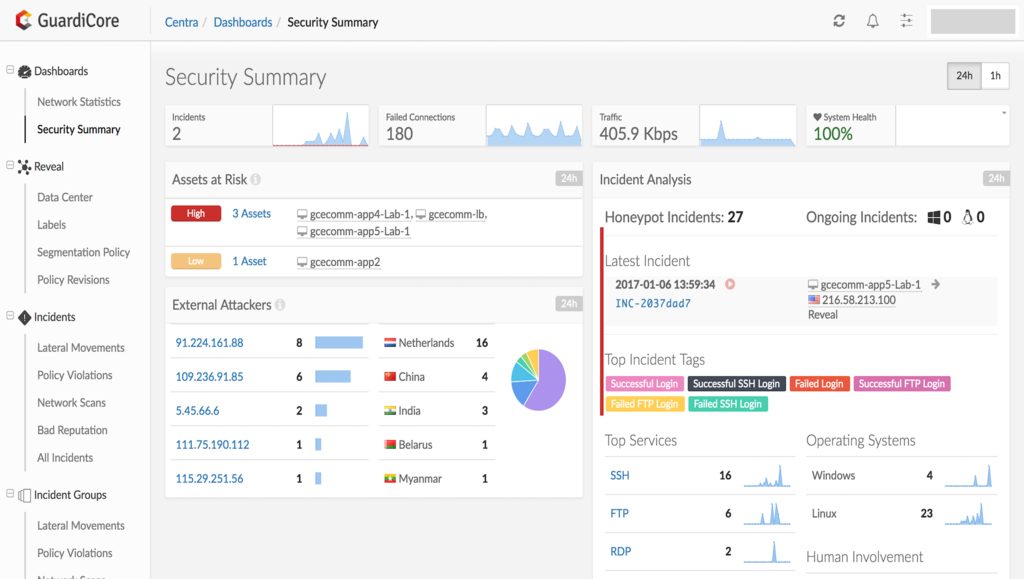 GuardiCore provides controls to segment between the traffic and applications with extreme granularity, increasing visibility down to the process level and helps organizations detect and respond to breaches more quickly.

GuardiCore’s co-founders, Pavel Gurvich and Ariel Zeitlin, worked in cyber security for the Israeli Defense Forces for more than a decade.

The company was founded in 2013 and has raised $33 million, including $20 million last summer from 83 North, Battery Ventures and Cisco. It has and offices in Tel Aviv and San Francisco. Its customers include Schuberg Philis, a business technology company based in the Netherlands; Israeli wireless communications company Cellcom; and OpenLink, a risk management, operations and finance software company based in Massachusetts.

GuardiCore uses a lightweight agent to scan process-level activity and network events then correlates the information and builds the visual map. From there, clients can drill down into individual applications and workloads using data not only from guest operating systems and hypervisors but also from orchestration tools to define groups and set policy.

The technology was designed to have little effect on performance, Burton said, because both analysis and deception activity are done outside of production, either as a SaaS offering or as a virtual appliance on-premises. Multiple analysis engines can run simultaneously since it was designed to scale to handle massive IT environments, he said.

It integrates with other security management tools and ticketing systems. Event and analysis data can be exported via Syslog and STIX.

Both deception technology and micro-segmentation are fast-growing segments of the security market. VMware is positioning its NSX networking product as a micro-segmentation tool. GuardiCore’s closest competitors include vArmour and Illumio, though Burton maintains its automated analysis and response sets it apart from them.

Susan Hall is the Sponsor Editor for The New Stack. Her job is to help sponsors attain the widest readership possible for their contributed content. She has written for The New Stack since its early days, as well as sites...
Read more from Susan Hall
SHARE THIS STORY
RELATED STORIES
Say Goodbye to Browsers and Passwords Case Study: How BOK Financial Managed Its Cloud Migration Ditch Secrets for Identity-Native Infrastructure Access Kubernetes Secrets Management: 3 Approaches, 9 Best Practices Cryptojacking: Free Money for Attackers, Huge Cloud Bill for You
SHARE THIS STORY
RELATED STORIES
Automate DevOps with an Everything as Code Approach Cryptojacking: Free Money for Attackers, Huge Cloud Bill for You Service Mesh Demand for Kubernetes Shifts to Security Zero Trust Security and the HashiCorp Cloud Platform Oxeye Finds Bad Spotify Backstage JavaScript Vulnerability
THE NEW STACK UPDATE A newsletter digest of the week’s most important stories & analyses.
The New stack does not sell your information or share it with unaffiliated third parties. By continuing, you agree to our Terms of Use and Privacy Policy.
TNS owner Insight Partners is an investor in: Docker.