GuardRails: Security for the DevOps Age

GuardRails aims to be a “quiet” security tool, focusing not on every single vulnerability, but those most likely to be exploited by hackers — issues that could cause an application to stop working, allow attackers access to user data, or allow attackers to take over the application.
Jun 25th, 2020 1:00pm by Susan Hall 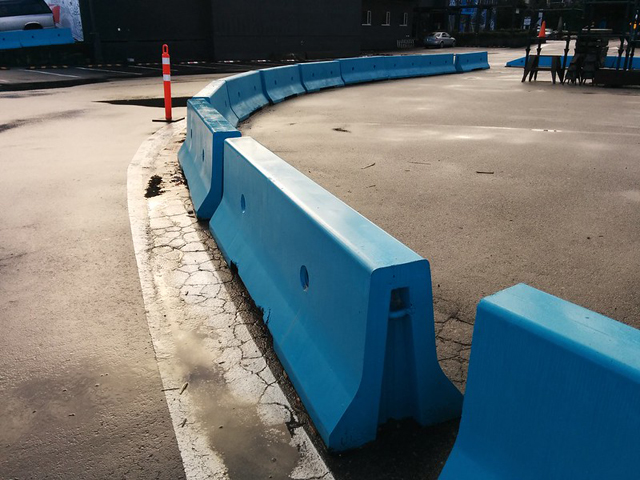 Amid the rise of DevOps, the security industry has neglected developers, argues Stefan Streichsbier, CEO and co-founder of GuardRails.

Going from releases a few times a year to multiple releases a day means security has to be part of developer workflow rather than the traditional “department of No,” he says.

Streichsbier, a former professional hacker in Europe, saw the changes that come with DevOps as a game-changer. Developers began going around the security department, and the tools available to enterprises have become completely outdated, he says.

“I think the future of security is going to look very different to what we see nowadays. And that’s where GuardRails is really working from day one and changing the paradigm for how security tools and platforms are becoming part of developer workflows,” he said.

Streichsbier founded the company in Singapore in January 2018 as an outgrowth of his involvement in advancing the DevOps concept through conferences in the region.

GuardRails aims to be a “quiet” security tool, focusing not on every single vulnerability, but those most likely to be exploited by hackers — issues that could cause an application to stop working, allow attackers access to user data, or allow attackers to take over the application.

Otherwise, there’s just too much noise, he says, noting the longest security report for one application that he knows of was 15,000 printed PDF pages. No organization has the means to deal with that.

GuardRails integrates with open source and commercial security tools to pin down the most urgent fixes that need to be made.

A SaaS runs on Amazon Web Services, the company also offers a version for on-premise deployments. The platform is offered free of charge for anyone who wants to focus only on public code repositories. Paid versions start at $39 monthly for startups.

“GuardRails proved to be a foundational tool in our digitalization efforts, quick to install, easy to set up and efficient at giving both the developers and the information security team a bird’s-eye view on the current security posture of our numerous old and new repos. Enforcement of security baseline has become effortless, frictionless, proactive and meaningful,” said Fabrice A. Marie, Group CISO for AirAsia.

It scans your repositories at each pull request, and for those on paid team plans, every time a commit is pushed to any branch.

“It actually sits tightly integrated with the version control system and knows everything that’s going on,” Streichsbier said. “So you don’t actually have to onboard any repository, any application. But once you installed into this kind of environment GuardRails knows all the repositories exist to know exactly when any new code change has been implemented. And we also know exactly what these changes are. And we know who introduced the changes, and we can pretty much immediately say, ‘OK, now it’s time to scan.’ And we provide all of the results from the scans directly in the workflow to the developer.”

Scan results are displayed as a comment of that PR or in the branches tab of each repository.

“The results are present to developers so that they can actually focus on what’s important, which should be software, and only when something is identified as being an issue, they would get the right information at the right time to take only actually fix it without having to involve any external security experts,” he said.

Traditional application security testing tools tend to be outdated, created for waterfall development rather than agile and DevOps, according to Streichsbier.

A third area of competition comes from code quality solutions like SonarQube, which are moving into the security space, though they are solely focused on code rather than container or infrastructure security, for instance. 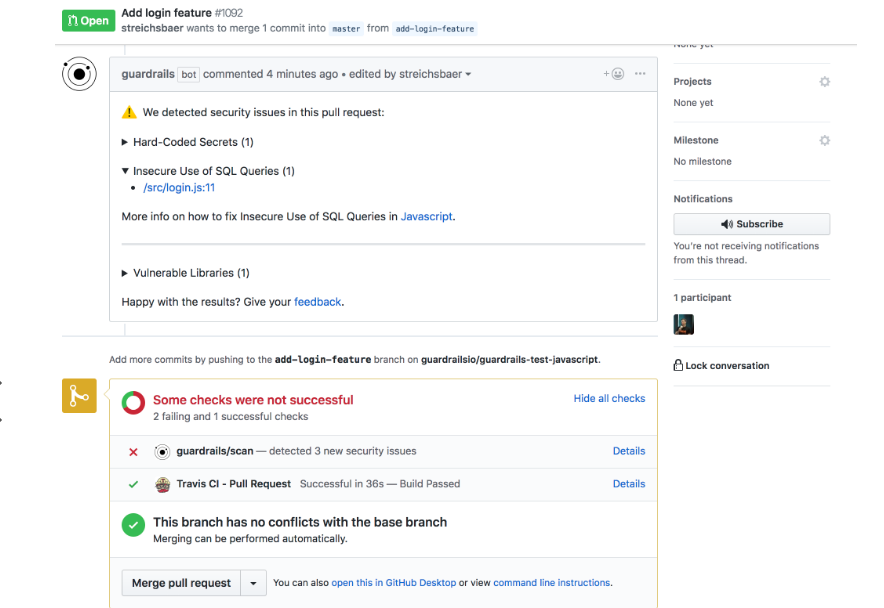 Going forward, the company will expand its use of deep learning on top of existing tools to improve the accuracy of vulnerability reporting. While it does not automate remediation of issues, that’s part of the future roadmap.

In the third quarter, it plans to add support for the dynamic scanning, which is scanning the application at runtime; for mobile security scanning, infrastructure security scanning and for container security, which Streichsbier says is primarily a matter of automating updates to the latest version of libraries and images.

It also wants to promote custom engines that might not be relevant to the overall market but to specific industries such as credit-card payment. It has plans for a marketplace where users can share their creations.

“GuardRails aims to be not just one puzzle piece of the overall solution, but actually provide the 360-degree view of all the relevant security insights from different categories if you will,” he said.

Susan Hall is the Sponsor Editor for The New Stack. Her job is to help sponsors attain the widest readership possible for their contributed content. She has written for The New Stack since its early days, as well as sites...
Read more from Susan Hall
SHARE THIS STORY
RELATED STORIES
A Platform Team Product Manager Determines DevOps Success Nextdoor's Plan for Catching New Release Troubles Early on Why Trust and Autonomy Matter for Cloud Optimization Internal Developer Platforms Are for DevOps too Golden Paths Start with a Shift Left
TNS owner Insight Partners is an investor in: The New Stack.
SHARE THIS STORY
RELATED STORIES
CyberArk Decreases Cognitive Load with Platform Engineering Expedia: 3 Tips for More Effective Unit Testing Golden Paths Start with a Shift Left A Platform Team Product Manager Determines DevOps Success A Brief DevOps History: The Road to CI/CD
THE NEW STACK UPDATE A newsletter digest of the week’s most important stories & analyses.
The New stack does not sell your information or share it with unaffiliated third parties. By continuing, you agree to our Terms of Use and Privacy Policy.