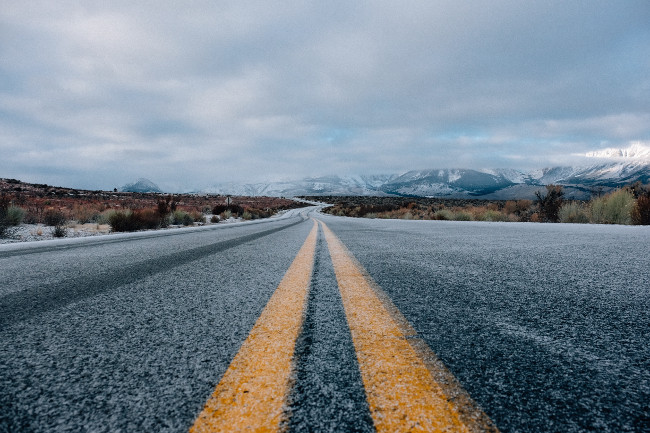 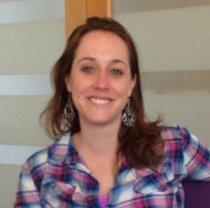 Tasha Drew
Tasha Drew is the product manager for Habitat. She previously launched Chef Automate’s analytics capabilities, was Head of Product at Rentlytics, and was responsible for product at Engine Yard Cloud.

Habitat, an application automation framework by Chef, is designed to empower both application developers and operations teams to build, deploy and manage software in a cloud-native world. It does this by focusing the automation on the application — the true unit of business value — instead of on the infrastructure. That’s because the infrastructure is a space best managed by the functionally feature complete configuration management and cluster management ecosystem.

Habitat’s application automation rests squarely on the four pillars of cloud-native operations. These form the framework of what enterprise operations teams need in order to enable their developers to move at velocity with the latest cloud-native technologies: composability of application components; flexibility with a lot of options; programmability with an API-first approach; and frictionlessness that hides the complexity and detail of infrastructure and operations from the application team.

Let’s take a closer look at Habitat. Habitat provides a framework to build, deploy, and run your application. Its end-to-end capabilities encompass and automate the entire development lifecycle. At the same time, it’s designed in a way that allows teams to incrementally adopt the pieces that solve an immediate problem and think about adopting additional functionality later, as you need it.

The Plan Comes Together

Once you’ve written your plan, you then take inventory of the other options for your app. Using Habitat Builder, you can connect your GitHub repo to Builder, and upload your plan file. You then click a button to kick off an initial build, specifying if you want to export your builds automatically into a Docker container and then publish it to the container registry of your choice (Dockerhub, AWS ECS, Azure ACS, etc). Alternatively, you can build your package locally using the Habitat Studio, which is a clean room build environment that allows you to build your Habitat artifact (*.hart) without unintentionally picking up any stray local dependencies. You can then upload that package to Habitat Builder to share with collaborators, or simply deploy it immediately.

The result of this build process is an immutable artifact that has been created only with the packages and libraries the application itself requires to run successfully, statically linked to a single version of every dependency due to the declarative nature of your build. Pragmatically, this means that when you inevitably need to update your application (whether due to changes in your code, updates to your dependencies, or the availability of new security patches), you can be guaranteed you will always have a build with only that latest version of your updated software, with no lingering transitive dependencies lurking under the surface.

The Habitat concept of immutability extends beyond the application artifact itself, and into the runtime of the application. It provides an immutable and stable foundation for your application, with configurable tunable elements.

The immutable Habitat artifact (*.hart <3) that is created by Habitat can be exported to a wide array of formats and runtimes depending on what’s right for your application and services, and the specific environments you’re running it in. This gives you flexibility in choosing where and how you run your applications, and effectively future proofs your application from technology investments and decisions: if you decide to move to a managed Kubernetes and Docker offering today, cloud-based virtual machines tomorrow, and then to an on-premises bare metal infrastructure for certain stateful services down the road, you still use the Habitat toolchain, with no code or pipeline changes necessary — you simply change the export format and deployment target, and everything’s ready to go.

Once Habitat services are deployed into a machine or containers and begin running, they are managed by a process Supervisor that provides a series of robust runtime capabilities. 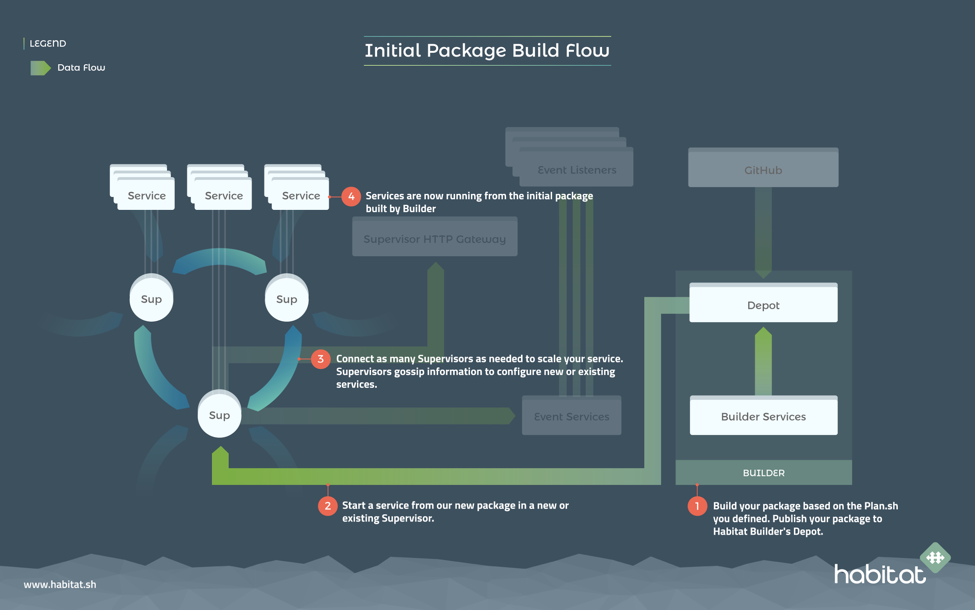 The Supervisor will follow their plan file to understand the requirements of the service it is running. Once deployed, Supervisors form service groups that have explicit topologies, update strategies, and follow a series of programmable Application Lifecycle Hooks to automate the behavior of your application over its lifecycle.

The power of the automation baked into the Supervisor not only provides a generic interface for running a single application process (which is useful on its own) but more interestingly delivers a generic interface for running complicated distributed systems of application processes that scale as your application needs to, without additional costly work. This is scaling automation work that every wildly successful application has had to have teams of people develop bespoke solutions for historically, now provided as part of an open source framework from the beginning of your application’s lifecycle.

The Supervisor looks for peers in its local network and uses information gathered from them to understand if other Supervisors are healthy or unhealthy, when a leadership election is required, perform service discovery, and to coordinate a service update when there is a new build available.

Baking in this application lifecycle automation — while allowing for runtime configuration of exposed tunables — means that distributed Operations teams have all of the information they need from the shared Habitat artifact itself to successfully manage and deploy the application and services in a variety of environments. They can do so without requiring in-depth handoff or communication from the application development teams they are supporting.

Habitat Builder is continually rebuilding and updating your application and service artifacts as their upstream dependencies and application code are updated — all of those new builds will post automatically to an unstable channel for that artifact. You can create as many other channels as you want – e.g. development, qa, pre-prod, production (for simpler deployments, Habitat also automatically provides a stable channel).

Habitat Supervisors can connect to Habitat Builder and subscribe to a specific channel to see if there is a new application release to deploy, using their service group’s update strategy.

Users can then automatically (or manually, depending on their business processes and needs), promote builds from “unstable” to a more stable channel. Supervisors subscribed to that channel will see an update, coordinate to download it based on their update strategy, run the new artifact through the relevant Application Lifecycle Hooks, and then install and begin running it. This end-to-end connection between the Habitat Builder and Habitat Supervisor provides a seamless workflow to empower teams to move fast, with as much safety between promotion as needed.

Habitat provides a powerful end to end framework for application teams to build, deploy, and run applications in a cloud-native manner — but you can kick the tires and incrementally adopt what solves your immediate need! Get started with a Habitat Builder demo to build and update a Node.js application and publish it to your DockerHub account (takes about 10 minutes total). Or chat with the Habitat core team on Slack (questions of all levels are welcome in the #general channel.)