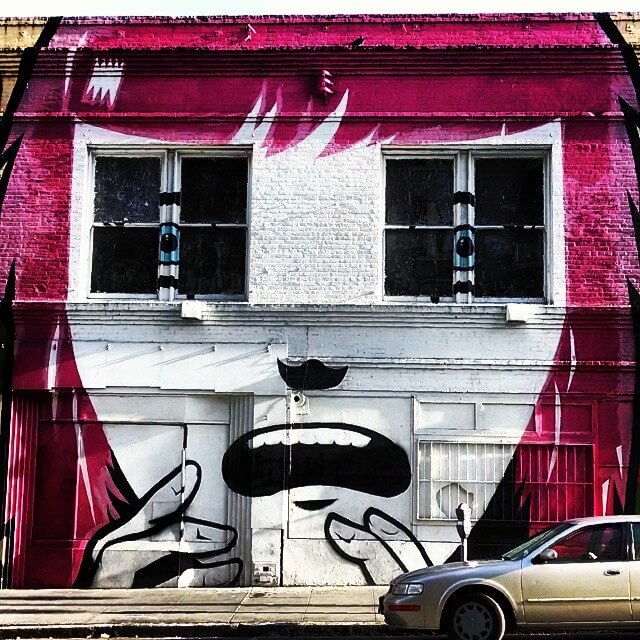 David Garczynski dreamed of “high paychecks in companies that prized work-life balance.” Instead the 20-something coder found himself living with 12 overworked programmers and coding students, all packed into two rooms in an illegal Airbnb.

His testimonial,”Hacker House Blues,” which ran in Salon, describes the 20-something millennial’s “home life” while attending an intense code school in one of the most expensive cities in America.

And it’s also sparked a conversation about how technology has dramatically changed San Francisco and the Bay Area, which, according to at least one estimate, has actually obtained “peak unaffordability.”

In his eloquently glum article, Garczynski shares how he’d slip away to his building’s glamorous 19th-floor business lounge “on the top floor of a luxury high-rise” in San Francisco’s trendy south-of-Market district, where the views were always fantastic. “I might have been trespassing up there, but…for a while I found myself there almost every day.”

The Airbnb listing — with several 5-star ratings — described other amenities like a gym, a roof deck, and an outdoor hot tub — and all for just $1,200 a month.

But while the listing specified a room shared with four people, Garczynski discovered two rooms housing 12 other people. “There were six people packed into my bedroom alone — seven, if you included the guy who lived in the closet,” which the Airbnb listing described as a “private room,” costing an extra $200 a month.

Garczynski described his quarters as a “shadowed cave,” one with just one window, one weak lamp, suitcases cluttering the floor, and three bunk beds. “I was fortunate enough to score a bottom bunk,” he wrote.

Garczynski was actually staying it an illegal Airbnb rental, a setup that violated not only Airbnb policies but also city ordinances. Garczynski had to stand on the sidewalk outside this luxury high-rise until somebody else left the building, and then slip through the door before it closed. The 13 roommates all shared one key to the door of their apartment, which was left on top of an ‘EXIT’ sign.

But the most interesting details is that every single person living there was a programmer. “I came to San Francisco to change my life. I found a tribe of depressed workaholics living on top of one another,” read the subhead on Garczynski’s article.

Garczynski himself was attending a 12-week coding school, a 15-hour-a-day “boot camp,” with 10-hour days on the weekend. And for inspiration, he could look at the professional programmers — some with Ivy League degrees — living in the other bunk beds around him, putting in 10-12 hour days at work, only to return to the cramped apartment to code some more.

Some of his roommates were also students, but most had full-time programming jobs in San Francisco. The programmer in his mid-30s slept on the bunk above him, spending most of the time either sleeping or coding, “slumped and gloomy…” And the guy living in that closet actually worked for Pinterest. He’d been living in his $1,400-a-month closet for the last 16 months. He slept on a mattress on the floor…

“Beyond preternatural math abilities and a penchant for problem solving, it seemed most didn’t have much in the way of life skills… they were boys and girls, coddled by day in the security of companies that fed them, entertained them and nursed them,” he wrote.

It certainly wasn’t inspiring to be confronted daily with “bright kids living in almost migrant-worker conditions,” but Garczynski discovered more depressing statistics, such as that 92 percent of start-ups fail within the first three years, leaving their programmers to bounce helplessly from one failed startup to another. One of his roomies accepted a lower salary in exchange for more equity — if the company ever goes public. Even those with six-figure income couldn’t afford a house in the Bay Area.

“Everyone I spoke to in this town seemed doe-eyed about the future, even while they were living in illegal Airbnbs and working at failing startups across the city,” Garczynski wrote, but he decided it just wasn’t for him. “In all likelihood, I would be swept up in an economy here that traded on hopes and dreams of the people clamoring to break in,” Garczynski concluded pessimistically. His worry? Even if he got a job, he’d be “churned and beaten by the underbelly of the tech world here long before I could ever make it out.”

He gave up on programming — and moved out.

So what was the reaction from other real-world programmers? Someone on Reddit wondered if he was just in the wrong part of the tech sector. “What is the appeal of working at a startup? One of the main reasons I studied computer science was so I wouldn’t have to live in a closet and work 15 hours a day.”

It’s a thought that found echoes on Hacker News. “Who is selling the lie that this is the only way to get started?” one reader wrote. Other programmers wondered if the only real problem was the coder’s choice of a city. “Do the same thing in Brisbane and rent a family home instead for that price!” 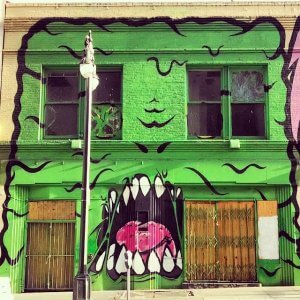 The article drew over 140 comments on Salon alone— with varying degrees of pique.

“Working remotely isn’t for everyone or every organization but it seems to me that it has to become part of the solution of the housing and cost of living crisis in places like San Francisco,” suggested one reader.

But one of the most sympathetic comments laid out just how difficult things are for the 20-somethings of today.

“These are the same millennials that so many decry as lazy and entitled. Educated, talented young people willing to work themselves to death in a tiny room filled with people, with hundreds of thousands in student debt and looking at rents topping $4K for a one-bedroom apartment. Really all they needed to do was be a Gen-Xer instead.”