The Clubhouse app is re-introducing the thrill of a roomful of voices. But a grass roots version of the same phenomenon shook the phone companies nearly half a century ago.
Apr 18th, 2021 6:00am by David Cassel 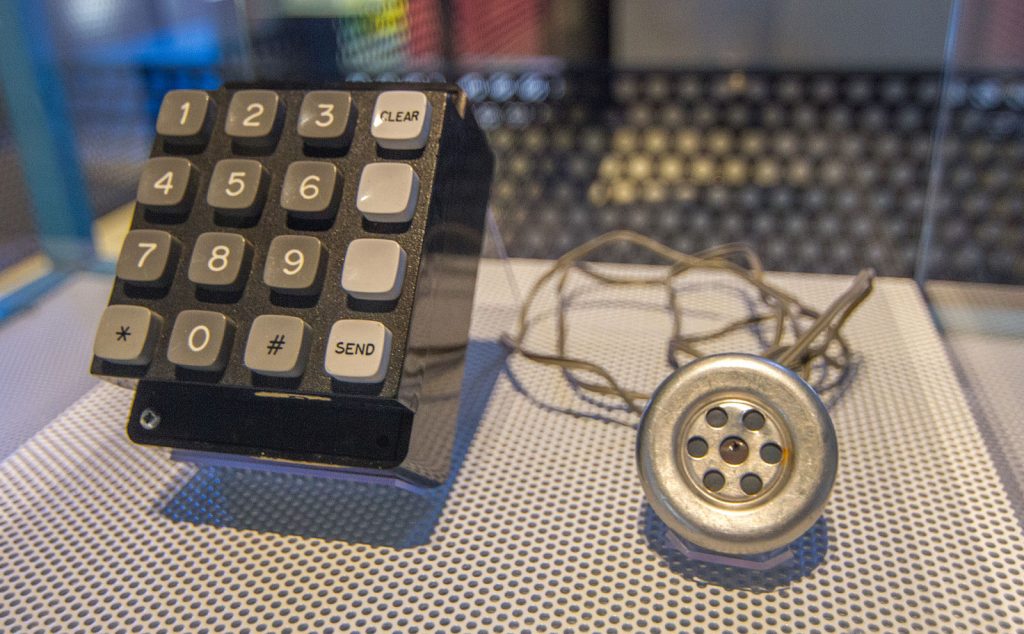 The Clubhouse app is re-introducing the thrill of a roomful of voices. But a grassroots version of the same phenomenon shook the phone companies nearly half a century ago. A recent article on Medium’s technology blog OneZero remembers how underground communities sprung up on the phone lines that crisscrossed the planet, meeting in secret communal gathering places that they’d discovered on phone networks. They’d “carved out communities, shared knowledge, and indulged in a larger spirit of exploration,” united by the thrill of discovering things together. Decades before the dawn of consumer internet services, it may have been the closest thing to going online.

But what’s even more remarkable is how their memories have been preserved through the years. Scattered online, books and web sites document the legends and stories of people and pioneers who’d made it all grow, rescued glimpses of a secret moment lost in time, a found frontier which vanished altogether when phone systems were upgraded to more secure systems. Taken together, maybe it also offers a strange and precious lesson in security — and in another way that technological communities have sprouted up organically.

OneZero describes it as what happens when “a generation of bored teenagers, tinkerers, blind kids, and radicals connected with one another in the margins of the dominant technological infrastructure of their time — the telephone network.”

In 2014, Phil Lapsley, vice president of business development at Edge AI and Vision Alliance, published a book documenting a “misfit group of technophiles, blind teenagers, hippies, and outlaws” who’d found their way into the secret places within the phone system. Lapsley explained the basics in a 2012 talk at the Hackers on Planet Earth (HOPE) conference in New York City: As America’s population grew, audible tones sent over the phone lines had allowed phone companies to automate the work that live phone-switching operators had been handling.

Lapsley’s book tells the story of Charles Pyne, a 1962 student at Harvard University whose interests had led him to the college radio station — and then to the campus telephone system. Soon he’d discovered how the radio station’s audio oscillator could be used to simulate those same tones for the phone lines. With two other Harvard students (and a fourth at MIT), they’d tape those tones, then splice them together in the appropriate combinations to successfully fool automated phone switches. But that was just the beginning of their phone-related explorations.

They explored various phone prefixes, dialing numbers until their fingers were sore, and sometimes even chatting with live operators. (At one point, they’d even tried simulating the crucial 2600-megahertz tone using flutes.) They eventually compiled over a hundred pages of scribbled notes, once identifying the control center for a missile air defense site. And aided by a 1956 phone manual, they’d assembled what may have been the first “blue box” in the world, a mechanism that produced all the tones necessary to keep tricking the phone system into granting unlimited free long-distance phone calls. One of the students tells Lapsley its creation took longer than it should because “we didn’t think they would have been so stupid as to design the system where we could get into the signaling.” 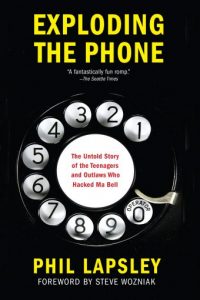 Their mistake was befriending a phone company repairman — who eventually tipped off his superiors, who brought in the FBI. This ultimately led to each student being interviewed by a different pair of trenchcoat-wearing FBI men convinced they’d uncovered a ring of spies — and then by an angry security official at AT&T. But the college students also had influential friends — one uncle knew the head of Bell Labs in Pennsylvania, while an old friend of Pyne’s parents knew the president of New England Telephone and Telegraph. No charges were ever filed.

Other high school and college students were discovering the same tricks, Lapsley writes, including students at top schools like Cornell and Rice. “The stories were virtually identical: clever high school or college kids figure out the hole in AT&T’s switching system, explore the network, are caught, and get slapped on the wrist.” Lapsley’s book suggests the phone company’s dilemma: arresting these so-called “phone phreaks” meant more publicity for their antics, possibly leading to…more phone phreaks. And in addition, “The icing on the cake was the oh-crap-what-if-it’s-not-really-illegal headache.” AT&T’s attorneys weren’t even sure there was a federal law that applied to this new kind of intrusion.

This created problems like Louis MacKenzie, a former army communications officer turned electrical engineer, who began selling his own line of blue boxes, and who’d insist later they were in fact legal in California. One security blogger notes ads for “free distance dialing” kits were appearing in the classified section of Popular Electronics magazine.

And then there was Mark Bernay, remembered as “perhaps the first and oldest phone phreak on the West Coast,” according to a famous 1971 Esquire article by Ron Rosenbaum — and in a real sense, the one who’d started much of the community. Through clues in a technical journal, Bernay discovered the phone company’s open test lines, which other people could also call into and talk to other strangers. Bernay found they were already populated with dozens of friends of an 18-year-old in reform school. 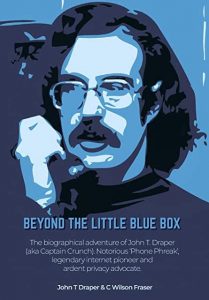 Eventually, Bernay tried pasting stickers in phone books publicizing a toll-free phone number he’d found, where he’d pipe in the sound of a recording publicizing other pairs of toll-free numbers that could be dialed into for conversations. He told Lapsley that he’d distributed his stickers in both San Francisco and Seattle. He’d cast his stickers “in front of high schools in the middle of the night. I’d leave them unobtrusively in candy stores, scatter them on main streets in small towns,” he told Esquire. The first takers were two teenage girls in Seattle — one of whom apparently told a blind friend, who told his friends at a Los Angeles camp for the blind. “When the camp session was over,” Rosenbaum writes, “these kids took the secret back to towns all over the West.” The next summer, he reports, one of them shared the secret knowledge at a camp for the blind in Vermont.

Lapsley’s book also tells the story of Joe Engressia, a blind Florida college student who could whistle the appropriate tones and charged his fellow college students $1 for a long-distance call anywhere in America. Rosenbaum notes that after Engressia made the papers, he began getting calls from phone phreaks around the country — from Los Angeles, Seattle, Cambridge, New York. “For some of these groups, it was the first time they knew of the others.” Engressia had introduced them all to each other, sharing phone numbers, and “within a year, the scattered phone-phreak centers had grown into a nationwide underground.” (Where 22-year-old Engressia was known as “the old man”.)

Rosenbaum added a colorful note about one blind phreakers parents. “They are not sure exactly what Ralph and his friends do with the phone or if it’s strictly legal, but he is blind and they are pleased he has a hobby which keeps him busy.”

‘I Can’t Believe It’s That Easy’

Perhaps the most famous of the phone phreaks was John Draper – aka “Captain Crunch.” Draper’s 2018 biography vividly remembers being introduced to his first phone phreaks in 1969 – two friends of Denny Teresi (whose phone phreak handle was “Denny San Jose”). “Since they were blind, they basically lived in a world of audio, so they were intensely interested in all aspects of the phone. They had friends who had perfect pitch, and others who had such a sensitivity to sound that every click, chirp, or other phone sounds could be easily identified.” 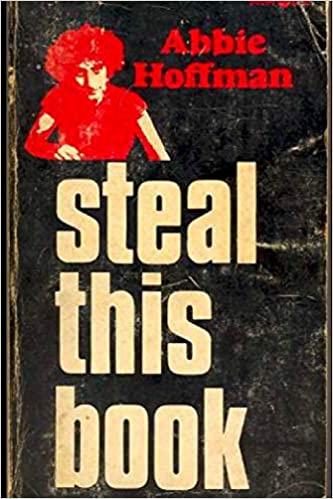 Draper’s first thought when they’d told him about blue boxes? “I can’t believe it’s that easy.” He then built his own, while still living at home with his parents.

The secret was spreading. After meeting with Draper, Apple’s future founders Steve Wozniak and Steve Jobs made and sold blue boxes to their friends in college. One phreak boasted to Rosenbaum of a $300,000 near-deal from “this order for a thousand beeper boxes from a syndicate front man in Las Vegas,” with “a manufacturing deal worked out in the Philippines.” OneZero’s article remembers how Abbie Hoffman’s book “Steal This Book” had even argued that since a tax on long-distance phone calls helped fund the Vietnam war, “Ripping-off the phone company is an act of revolutionary love.”

Until it wasn’t. It all disappeared to the winds when phone system upgrades eliminated the secret gathering places, one by one.

But if this was the social media of its day, OneZero ultimately argues that something else has also been lost. “We are far less able to conduct ourselves this way today because we’re penned into flat user interfaces and kept distracted while our behaviors are farmed for profit.

“It’s nearly impossible to develop our own sense of place because we’re not stakeholders, we’re products.”

SHARE THIS STORY
RELATED STORIES
Devs Most Likely to Learn Go and Rust in 2023, Survey Says Poisoned Lolip0p PyPI Packages 5 Security Principles to Guide Your DevSecOps Journey GPTZero: An App to Detect AI Authorship Generative AI: How Companies Are Using and Scaling AI Models
TNS owner Insight Partners is an investor in: Coast.
SHARE THIS STORY
RELATED STORIES
Crypto Winter Puts Dampener on Web3 Developer Growth FAA Flight Cancellations: A Lesson in Application Resiliency How to Get Started Filling 3.4 Million Cybersecurity Jobs Azure Went Dark Feature Flags Are Not Just for Devs
THE NEW STACK UPDATE A newsletter digest of the week’s most important stories & analyses.
The New stack does not sell your information or share it with unaffiliated third parties. By continuing, you agree to our Terms of Use and Privacy Policy.