Hang On To Your Soldering Iron, Here’s a WiFi System on a Chip That Speaks to IoT’s Future 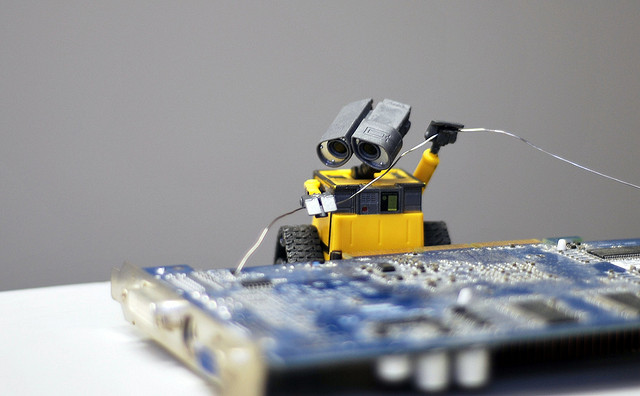 Have you seen the ESP8266 family of WiFi system on a chip (SoC) devices? If you haven’t, get ready for disruption.

We’re all familiar with the Arduino line of stand-alone microcontrollers. You may even know about the Yun — a WiFi version of the Arduino. It costs around $75.

The ESP8266 represents a next generation microcontroller device. There are about a dozen different models with various form factors, pin layouts and antennae options. Not only does it have built-in WiFi, it also sports upwards of nine general purpose input/output (I/O) pins and a 10-bit analog-to-digital converter (ADC) pin in some versions. The ESP8266-1, for example, is a tiny ¾” x 1” circuit board, half of which is taken up by the connector and the PCB antenna. They’re all powered by an 80 MHz, 32-bit processor, running at 3.3 volts and can even be programmed using your standard 1.6.5 or later version of the Arduino IDE.

Hang On To Your Soldering Iron 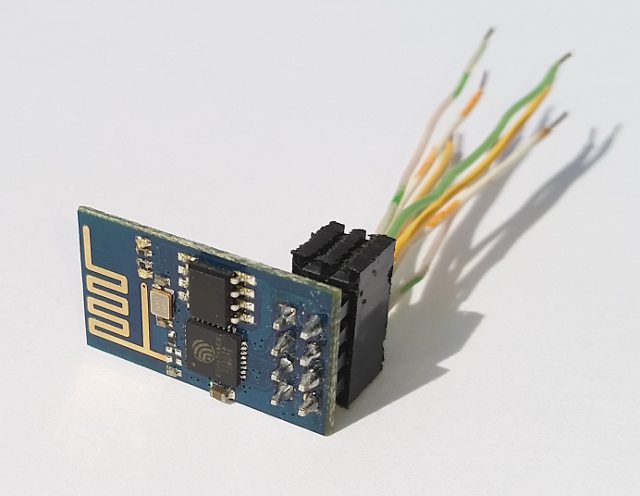 A few days later I bought an ESP8266-01 for $5.75. All were shipped for free, with the former coming directly from China. Those took about 12 days to arrive. The other one, while still made in China, came from a warehouse in the U.S. and took about four days to deliver, obviously at a slightly higher price. Here’s a “12” model on Ebay for $0.99, with an adapter board, no less.

All of this inexpensive, cutting-edge technological awesomeness adds up to effectively no-barrier-to-entry for DIYers, inventors, engineers and entrepreneurs wanting to build WiFi connected IoT projects.

Are the 8266 chips the future of IoT? Maybe. Certainly the ESP8266 modules represent an entirely new generation of inexpensive, WiFi-enabled micro-controller devices readily available to the DIY/maker-movement market at extremely reasonable prices.

What Can You Do With It?

I suggest you get out a credit card and order a couple right now. They are so inexpensive, it makes no sense to sit and wonder if they will work for some of your projects. Go ahead, do it now … I’ll wait.

While you’re anxiously waiting for the modules to arrive in the mail — usually with free shipping, by the way — here are some links so you can do a little research on how to use them.

In addition to using the 8266 as a self-contained WiFi-to-serial stack with microcontrollers like the Arduino, it also can function as a WiFi-enabled microcontroller all by itself.

I built a little “blink” program of my own, using just an ESP8266-07 model, a 3.3-volt regulator, a red LED, a 6-volt battery pack and a logic level converter in a day or two. That’s starting with no knowledge of the platform. The level converter was actually only needed for programming, since I didn’t have a 3.3-volt USB-to-serial cable to attach the 8266 to my Linux Notebook. Be aware that all 8266’s require 3.3 volts for both power and the input/output pins. Don’t hook them up to 5-volt Arduinos or other devices without changing the levels to 3.3 volts. I programmed my device using the Arduino IDE with readily available ESP8266 and Blynk libraries. Blynk is a cool Android application development platform that has built-in support for Arduinos, Raspberry Pi’s and, yes, the ESP8266.

With Blynk I could pull up a little application on my WiFi-connected smartphone that would simply turn an LED —attached to the 8266 module — on and off. Push a button on the app and that LED would light. Both smartphone and the 8266 were hooked up to my wireless network.

The community and information cloud around the 8266 are large and fairly mature. Plenty of project ideas exist, from temperature loggers to miniature weather stations to remote WiFI-controlled relays. The 8266’s are inexpensive and pretty capable little devices.

Try doing a few projects with them and let me know your thoughts in the comments.

Rob "drtorq" Reilly is an independent consultant, writer, and speaker specializing in Linux/OSS, physical computing, hardware hacking, the tech media, and the DIY/Maker movement. He provides a variety of engineering, business and special project services to individual clients and companies....
Read more from drtorq
Share this story
RELATED STORIES
Adobe's Internal Developer Platform Journey and Lessons One Man's Dream to Build a Working SpaceX-Style Model Rocket The Big Impact of Smalltalk: A 50th Anniversary Retrospective DevOps Is Dead. Embrace Platform Engineering How Is Platform Engineering Different from DevOps and SRE?
Share this story
RELATED STORIES
Snack Stack: Detroit’s Best Dishes (Part 1) Burning Man Returns with a Quest for Sustainability, Meaning How to Bridge the Developer-Designer Gap A Technical Guide to Burning Down a Troll Farm Adobe's Internal Developer Platform Journey and Lessons
THE NEW STACK UPDATE A newsletter digest of the week’s most important stories & analyses.
We don't sell or share your email. By continuing, you agree to our Terms of Use and Privacy Policy.