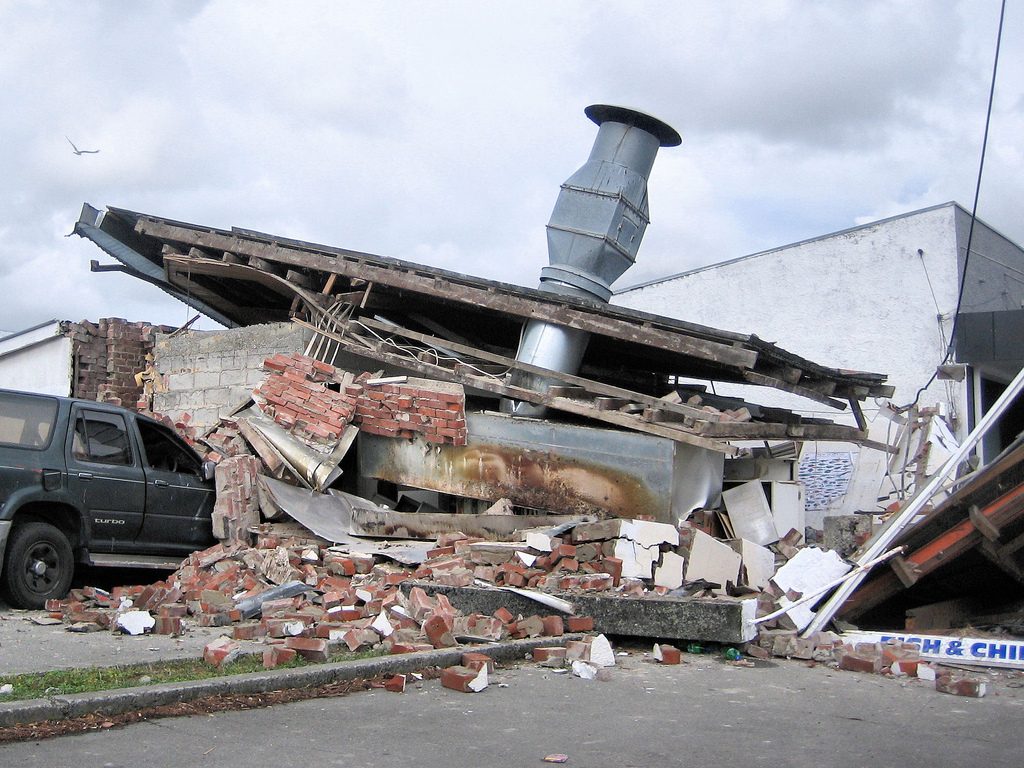 Despite our increasing reliance on new-fangled technologies that seem to make us feel like veritable superhumans, we don’t have to look very far to see that we are still vulnerable to the tender mercies of nature. Natural disasters like earthquakes drive this point home, as we’ve seen recently where major quakes have recently devastated places like Haiti, Nepal and Christchurch, New Zealand. But while the main earthquake event can be destructive, the aftershocks that follow in the weeks, months or even centuries after may cause even more damage to already weakened buildings and infrastructure, or causing landslides and likely resulting in more deaths.

That’s why predicting aftershocks is important, but up to now, scientists have been using models that can estimate their magnitude and timing fairly accurately, but pinpointing where they will occur is more difficult. While we’ve seen how technologies like social media platforms combined with search engines can create a new kind of citizen-driven seismology, here’s where artificial intelligence and deep learning are being leveraged to create an even better alternative, as researchers from Google and Harvard University did recently when they teamed up a new way to better predict where aftershocks will happen.

In their paper published in Nature, the team describes how they developed the method by using a deep learning algorithm to analyze a database of earthquake data from around the world, taken right after 131,000 major earthquakes and their aftershocks.

“After earthquakes of magnitude five or larger, people spend a great deal of time mapping which part of the fault slipped and how much it moved,” said Brendan Meade, an earth and planetary sciences professor at Harvard University who spoke with ScienceDaily. “Many studies might use observations from one or two earthquakes, but we used the whole database… and we combined it with a physics-based model of how the Earth will be stressed and strained after the earthquake, with the idea being that the stresses and strains caused by the main shock may be what trigger the aftershocks.”

The team then used that data to train an artificial neural network that modeled a grid of squares measuring five kilometers each. Within each square grid, the model then checks whether an aftershock has appeared and attempts to find any correlations between these specific points and the actual ground stresses produced by the main earthquake event. Instead of making some prior assumptions about fault orientation and figuring out how stress forces might radiate from a quake’s epicenter and through the ground, this new model approaches each square grid as a separate problem to solve, and calculates the probability of that part of the grid generating more aftershocks.

The team’s technique differs from the conventional way of calculating the spatial distribution of aftershocks, a method called the Coulomb failure stress change, particularly in the kinds of factors it includes.

“The question is what combination of factors might be predictive,” said Meade. “There are many theories, but one thing this paper does is clearly upend the most dominant theory — it shows [the Coulomb stress change] has negligible predictive power, and it instead comes up with one that has significantly better predictive power.”

Interestingly, the team’s model brings up surprising clues as to which factors may actually play a big part in triggering earthquakes and determining where aftershocks occur, namely something called the second principal invariant of the stress deviator tensor or J2, which has a big role in metallurgy, as well as mathematical theories of plasticity and in nonlinear continuum mechanics, but which isn’t often used in earthquake researchers’ calculations.

While the accuracy of the researchers’ new method could be further improved, the team is optimistic that this is just the tip of the proverbial iceberg.

“I’m very excited for the potential for machine learning going forward with these kinds of problems — it’s a very important problem to go after,” said Phoebe DeVries, a post-doctoral fellow who is one of the paper’s co-authors. “Aftershock forecasting, in particular, is a challenge that’s well-suited to machine learning because there are so many physical phenomena that could influence aftershock behavior and machine learning is extremely good at teasing out those relationships. I think we’ve really just scratched the surface of what could be done with aftershock forecasting… and that’s really exciting.”