HashiCorp Drives to Expand the Scope Beyond Developer Tools 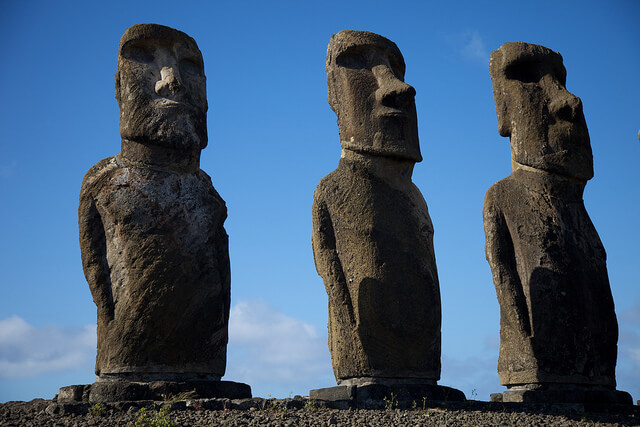 The whole DevOps movement has been missing an important piece, according to HashiCorp, with too much emphasis on the tools and not enough on the overall workflows that require developers, operations and security teams to work together as part of an application delivery process.

When they went to talk with a financial firm in the UK about talk about aligning dev and ops, an operations manager told them, “It doesn’t matter if we can deploy an application in 5 seconds; the security team takes six months to update the firewall.”

That’s the reasoning behind the company’s focus on workflow processes.

“The view we take it that it’s not about the tooling, it’s about this process of the development, operations and security groups together. It doesn’t matter if we can deploy in 5 seconds; the security people have to be onboard and integrated,” he said.

It’s been focusing its tools on the three groups, including Vagrant to manage development environments, Packer to build images, Terraform to provision images, Consul to connect and monitor applications, Nomad to deploy applications, and Vault to secure applications and infrastructure.

“To some people, it looks like we have this broad portfolio of tools and we’re just throwing things up against a wall and seeing what sticks. For us, it’s been, ‘How do we educate folks that the focus of the company is really looking at the application delivery process as a single continuum?’

“We believe there’s a broad range of problems within these three areas and too much attention is being paid to tools, and usually only within the developer category. You really have to expand that scope and look across this whole thing and look at this process from a workflow perspective and not necessarily from a tooling and technology perspective. Tools and technology are there to support the process,” Dadgar said.

A Year of Change

It’s been a busy year for the San Francisco-based company, founded in 2012. It has grown to 50 employees; it had just six two years ago.

This week at HashiConf, the company announced $24 million in a Series B funding round led by GGV Capital, bringing its total funding to $34 million. It also announced general availability of Vault Enterprise, based on its open source security software that approaches security at the application level.

It reports weekly open source downloads are up 125 percent in the first six months of the year, with a user base that includes the likes of Stripe, Uber, Twitch, OpenAI, Pinterest, and Capital One.

It also maintains a range of partnerships, including VMware, Microsoft and Google, and integrates with more than 800 different technologies, Dadgar said.

The trick is to really understand the workflow challenge and build the core from that, then create a system that’s modular and open source, and leverage the community.

In June, it acquired Vektra, which provides multitenant cloud logging, but also works closely with other logging vendors.

Also earlier this year, in what it called the Million Container Challenge, the company tested what it thought was the ultimate test for its Nomad scheduler. A cluster of five Nomad servers scheduled 1 million containers in less than five minutes, a rate of 3,750 containers per second.

“The response was, ‘Why would you ever want to do that? That’s more than anybody would ever want to do,’” Dadgar said. “Then a couple of weeks later, we got a call from [hedge fund] Citadel, saying, ‘Our workload is three times that. Can you help us?’”

At HashiConf this week, Citadel’s Caius Howcroft talked about its own test with 18,000 cores and 2.2 thousand containers per second over five hours.

At HashiConf a year ago, Hashimoto declared the Vagrant deployment automation tool outdated and named its successor, Otto.

Built on top of Vagrant, Otto would determine the best possible configuration for the application being deployed, given the constraints of the system it was running on at the time.

He called it a fundamentally different tool from Vagrant, but Vagrant 2.0 was in the pipeline. It still is, but last month the company decommissioned Otto, which was meant to leverage other HashiCorp tools. It didn’t gain the traction the company had hoped.

“Otto’s development and prototyping revealed previously unknown challenges. While many of those challenges were addressed, and equal number uncovered architectural limitations of the tool. This was the initial signal that Otto’s design was flawed,” the company said in a blog post.

“It was a bit too early, we felt, and didn’t align well with what we were trying to solve,” according to Hashimoto. “We still believe there’s a problem space we’re investigating, but we didn’t want to mislead users into believing we were dedicating more time to it than we have. We put the final source code online, but we’re not actively developing it, though it’s still an idea we believe in.”

Susan Hall is the Sponsor Editor for The New Stack. Her job is to help sponsors attain the widest readership possible for their contributed content. She has written for The New Stack since its early days, as well as sites...
Read more from Susan Hall
SHARE THIS STORY
RELATED STORIES
Case Study: How SeatGeek Adopted HashiCorp’s Nomad Data, Analytics and AI: What Will Happen in 2023 Swarm, a User-Friendly Alternative to Kubernetes 4 Ways to Use Kernel Security Features for Process Monitoring Top 5 Considerations for Better Security in Your CI/CD Pipeline
TNS owner Insight Partners is an investor in: Island.
SHARE THIS STORY
RELATED STORIES
Install Dozzle, a Simple Log File Viewer for Docker What Is the Docker .env File and How Do You Use It? Docker versus Kubernetes: Start Here Can Observability Platforms Prevail over Legacy APM? Data, Analytics and AI: What Will Happen in 2023
THE NEW STACK UPDATE A newsletter digest of the week’s most important stories & analyses.
The New stack does not sell your information or share it with unaffiliated third parties. By continuing, you agree to our Terms of Use and Privacy Policy.