HashiCorp Is Standardizing and Industrializing the Cloud

HashiCorp uses open source to standardize the enabling of the cloud market. Its products are designed to industrialize the cloud for companies to scale.
Oct 5th, 2022 2:14pm by Alex Williams 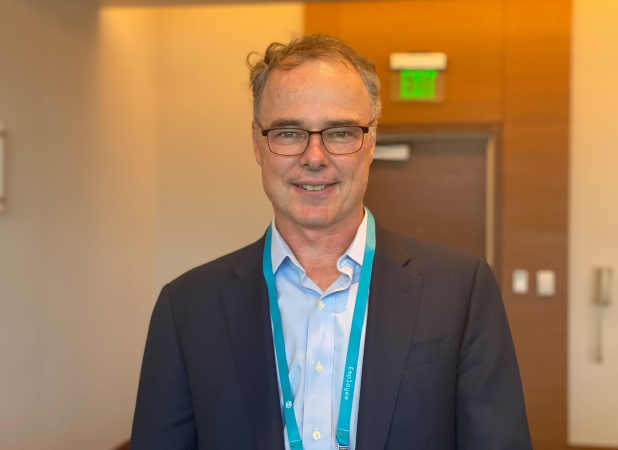 HashiCorp had 20 employees in 2016 when CEO David McJannet joined the company. Today, the company has more than 2,000. There are some excellent reasons for that growth. HashiCorp takes a focused approach to infrastructure-as-code, identity, and services.

McJannet met co-founders Armon Dadgar and Mitchell Hashimoto back in 2015. Now publicly traded, HashiCorp is, as one colleague stated: “a software factory.”

McJannet used the database market as an example to show how new data sources disrupted the market. New technologies emerged, recasting how people viewed databases and the overall space.

For HashiCorp, the transition centered on the shift from virtualization to cloud infrastructure. It turned out that the compute infrastructure of the cloud and the ability to scale up and down led to a generational change that led to Amazon Web Services‘ clear domination.

In 2016, the big three cloud markets (AWS, Azure and Google Cloud Platform) represented $16 billion in revenues; today, it is a $160 billion market. And that does not include Alibaba, which McJannet says may arguably be larger than Google Cloud. The market is now growing at 35% to 40% clip. In McJannet’s view, we’re just at the beginning.

HashiCorp, at the epicenter of the shift, enables the transition to the cloud, McJannet said. The traditional categories associated with private data centers, physical machines, and enterprise software platforms will continue to get recast across the cloud.

HashiCorp should be the VMware of the cloud era, according to HashiCorp CEO David McJannet.

“Does anybody doubt that was what made the market take off?” McJannet said rhetorically about HTML. “We did the same thing for our Terraform console. We set it up in open source to make our projects open source. But to be clear, they are 100% controlled by HashiCorp. Because we think good software design is made by small groups of people, But we allow people to contribute plugins that we then accept that allow us to drive standardization. So now there are 2000+ Terraform providers in the world, and there are hundreds of backends that are supported.”

“These are just the enabling things that allow people who adopt their tech, so someone in the market needs to play that role,” McJannet said. “And we decided that was us.”

Each HashiCorp product uses the same model. Terraform, Vault, Boundary, and Consul are all open source but with committers who all work internally at HashiCorp.

“We want to enable a consistent way to provision and secure connected infrastructure,” McJannet said. “We know you’re going to have different kinds of applications running on top. We want you to consider where to provision secure, connect — run it all. “Broadly speaking, you’ll see us aligned around this idea of enabling a cloud operating model, which is just this model of infrastructures as code, identity for security, and zero trust and services for networking.”

The HashiCorp approach has not changed since 2015, and it will not change for quite some time, McJannet said.

HashiCorp maintains tight control over its open source projects. None of its products are part of a foundation.

“We employ all the committers to our tech,” McJannet said. “And that is something that is very, very important to the ecosystem.”

In essence, HashiCorp controls the developer experience, and they get to monetize the business themselves. 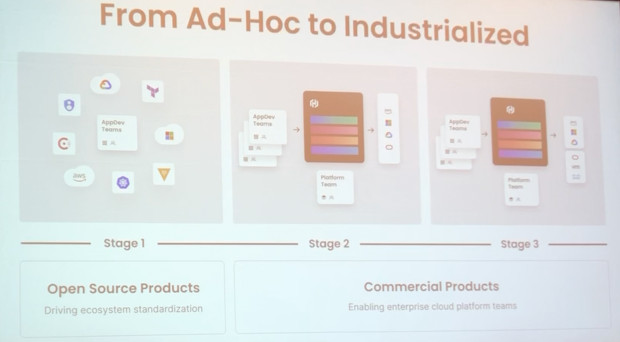 Terraform core, built on a graph database, solves a middleware problem. The core Terraform platform works with over 2,000 providers across cloud services, platforms and software vendors.

The journey starts with Terraform. But that can get out of control pretty quickly. A customer may sign an enterprise agreement with AWS, and the developers adopt it quickly. Within six months, 400 Amazon accounts may be in use because Terraform is getting used to provision their services. The security team freaks out and the networking team declares they won’t allow the services to see traffic without the security team’s sign-off.

A platform team emerges from all of the first experiences that require developers to use pre-approved Terraform templates. This platform team sees the problems emerge, leading to the need for Vault. Issues with Vault lead to the need for Boundary, its identity-based service. Boundary’s use begets Consul, for service-to-service networking, and so on.

The HashiCorp Cloud Platform will take a while to grow into a significant part of the company’s story. That’s due to several reasons. Infrastructure software engineers manage, for the most part, brownfield environments.

The infrastructure markets move much more like battleships, McJannet said. These are serious decisions people are making. In some cases, procurement will take 15 months.

HashiCorp is a young company. In its second quarter of 2022, HashiCorp did $114 million in revenues. But their success shows how a standardized open source model has provided it the ability to convince Global 2000 companies to adopt its products. Enterprise companies are not so fast to adopt cloud services in full. They still want to control their networks. Companies will get there, and when they will need industrial-grade tools.

HashiCorp’s approach shows the viability of open source in a way that is much different than the cloud native way. A cloud native open source project involves multiple companies building out the technology through a foundation structure. There may be a few winners but eventually, it is often one provider that becomes dominant.

The HashiCorp model gives the company total control over the developer experience, and there is no sharing in the market. That’s an open source model more companies may want to consider when standardizing and industrializing their sector of the cloud services market.