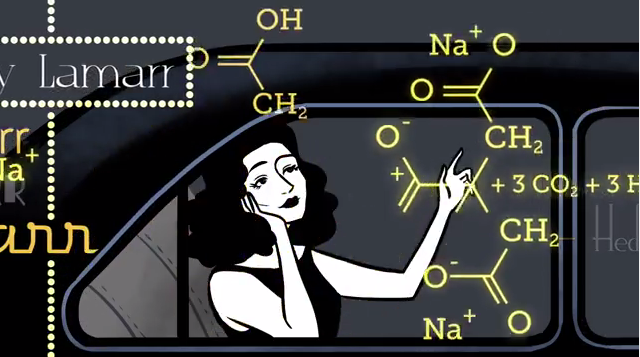 On Monday, Google reminded the world of the amazing life and career of Hedy Lamarr, who made an impact not only in Hollywood but also to wireless networking communications.

Google sparked the conversation by featuring an elaborate animated “doodle” celebrating what would’ve been the 101st birthday of the Hollywood movie star turned network communications pioneer. “Is today’s stunning animation the greatest Google Doodle yet?” asked The Washington Post – and the conversation continued all around the Web. More than 25,000 Facebook users shared a post about Lamarr from a feed called “A Mighty Girl” (which helps parents identify positive role models for their daughters in movies and books).

And back in Hollywood, Variety magazine even broke the news that actress Susan Sarandon is now preparing a documentary about Lamarr’s life (which will premiere on PBS’s “American Masters” series).

Her real name was Hedwig Eva Maria Kiesler, and her life reads like a Hollywood story.  At 19 she married a wealthy munitions seller, who 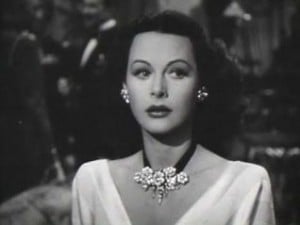 Hedy Lamarr in The Conspirators (1944)

kept her locked in their castle home (according to her entry on Wikipedia). Variety adds that he later sold weapons to the Nazis, and  “Lamarr, who was born Jewish, fled her husband in the middle of the night, boarding a boat for America with nothing to her name except a single designer gown.”

The better-known story is her later life as a glamorous movie star, who in the movies was often seen deflecting the attentions of infatuated men.  But she was also a lifelong tinkerer, and determined to help the Allies during World War II, she co-created (and patented) a frequency-hopping technique intended to stop enemies from jamming the radio signals that guided torpedoes.  When a 1974 article in Time magazine later cited Lamarr’s invention, she replied “Improving things comes naturally to me.”  (Eleven years earlier she’d told Time that “Any girl can be glamorous. All you have to do is stand still and look stupid.”)

Time linked to both of their archived essays on Monday, remembering her often overlooked role in the history of wireless communications. While technology in the 1940s wasn’t able to implement Lamarr’s vision, ultimately that patent laid the groundwork for our modern-day Bluetooth, GPS and WiFi systems. Hedy Lamarr died 15 years ago in Florida, at the age of 85. But when she was 82, just three years before her death, she was honored with a special award from the Electronic Freedom Foundation. 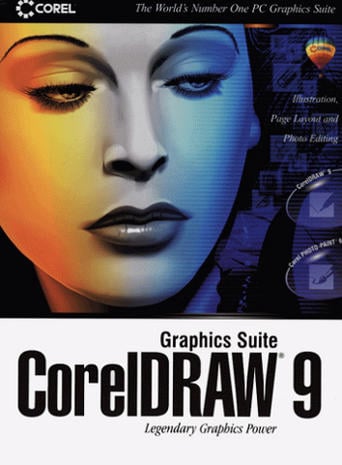 “Ironically, this tool they developed to defend democracy half a century ago promises to extend democracy in the 21st century,” pointed out Mike Godwin, staff counsel for the Electronic Frontier Foundation. For a time, her face also appeared on packages of Corel Draw. At the age of 83, she sued Corel for using a digitally-produced reproduction of her face, according to CBS News, “but the two parties settled for an undisclosed amount.”

You can still find clips from her movies on YouTube — everything from Cecil B. DeMille’s Samson and Delilah to My Favorite Spy with Bob Hope. (“It must be awfully boring listening to a woman who knows what she wants,” she tells one would-be suitor.) It’s an odd parallel to her real life, in which she was married six times. The last man she married was her divorce attorney – a relationship which lasted two years, and ended in divorce in 1965. She remained unmarried for the next 35 years, dying 15 years ago in Florida at the age of 85.

“We appreciate Google’s support for her, as well as the increased traffic to her website…” announced Lamarr’s official web site (embedding Google’s video).   “Hedy patented an idea that later became the crutch of both secure military communications and mobile phone technology.”

They proudly describe her as “the most interesting and intelligent women in the movie industry.”