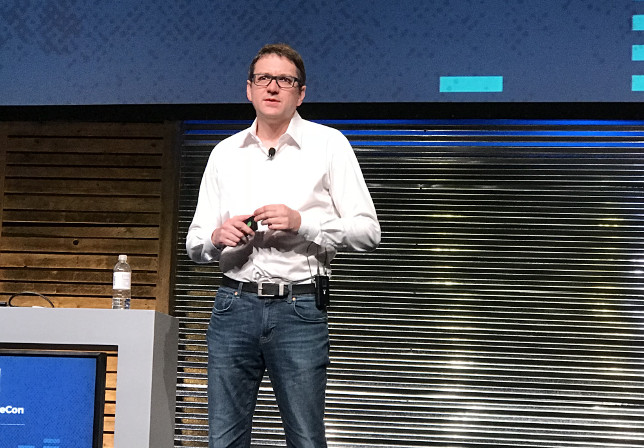 “Multicloud is really happening. But for that to happen, we need strong conformance,” said Heptio co-founder and Kubernetes co-creator Craig McLuckie, discussing the new technologies at this year’s Kubecon.

Heptio and Microsoft will also work together to make the Ark project an efficient solution to move Kubernetes applications across in-house computing environments and Azure, and to ensure that Azure-hosted backups are secure.

With the Heptio-Microsoft collaboration, they will work to make sure that organizations can backup and restore content into Azure Container Service (AKS). In addition, system snapshots created using Ark are encrypted at rest and will be persisted in Azure.

“I’m excited to see Heptio and Microsoft deliver a compelling solution that satisfies an important and unmet need in the Kubernetes ecosystem,” said Brendan Burns, distinguished engineer at Microsoft, as one of the original founders of Kubernetes. “We’re working with Heptio to ensure that the integration of Ark and Azure is a best-of-breed solution for backing up on-premise Kubernetes clusters into the cloud.”

Started by two other Kubernetes creators, Joe Beda and McLuckie, Heptio came out of stealth mode in June. The company already launched several products to help engineers work with the cumbersome Kubernetes. One set was ksonnet, the Kubernetes configuration tool along with Jsonnet, a templating language for formatting JSON data. Jsonnet is “a purely-functional, Turing-complete language that is compatible with JSON,” explained Beda.

In August, the company launched, along with Heptio Ark, another tool called Heptio Sonobuoy, which inspects cluster state and configuration to ensure everything is configured and working. Both projects are publicly available on GitHub.

Kubernetes works great for a vanilla installation, Beda told me earlier this year, but no one uses it out of the box. Unfortunately, customizing Kubernetes has been complicated and usually involved what Beda referred to as “a wall of YAML.”

ksonnet simplifies the configuration needed to deploy to Kubernetes clusters. Beda said that the language and concepts behind ksonnet and Jsonnet can be intimidating for new and casual users. “We are fixing that today,” he wrote in a Heptio blog post.

Most engineers launch Kubernetes using the kubectl run command. But because is an imperative command, changes made to users’ clusters cannot be stored in trackable configuration files, forcing team members to recreate their app configuration with YAML files.

“Users have to learn new concepts and a schema that was never meant to be authored by humans,” said Beda in a blog post launching the new ksonnet.

The new ksonnet command line tool, called ks, makes it easy to configure Kubernetes applications. ks provides a set of ways to generate and manage files on disk. Now users can easily define an application, specialize that app configuration for different clusters and environments, and add new components to it over time.

Beda broke down a quick overview of the new concepts from the whirlwind delivery of Heptio products:

You can learn more by viewing the in-depth tutorial and documentation or by joining #ksonnet at the Kubernetes slack.

If you’re at KubeCon in Austin, Texas, you can meet with Heptio through Dec. 8 at its booth, #S14.

TC Currie is a journalist, writer, data geek, poet, body positive activist and occasional lingerie model. After spending 25 years in software development working with data movement and accessibility, she wrote her first novel during National Novel Writing Month and...
Read more from TC Currie
SHARE THIS STORY
RELATED STORIES
Install Dozzle, a Simple Log File Viewer for Docker How to Deploy Containers with nerdctl Connect to Remote Docker Machines with Docker Context WebAssembly Needs Schedulers, and Kubernetes Doesn't Quite Fit the Bill Can Observability Platforms Prevail over Legacy APM?
SHARE THIS STORY
RELATED STORIES
Data, Analytics and AI: What Will Happen in 2023 Swarm, a User-Friendly Alternative to Kubernetes Kubernetes Needs to Take a Lesson from Portainer on Ease-of-Use 3 Container Practices to Boost Your Security Posture How to Deploy Containers with nerdctl
THE NEW STACK UPDATE A newsletter digest of the week’s most important stories & analyses.
The New stack does not sell your information or share it with unaffiliated third parties. By continuing, you agree to our Terms of Use and Privacy Policy.