Hex Wants to Build the Frontend for the Modern Data Stack 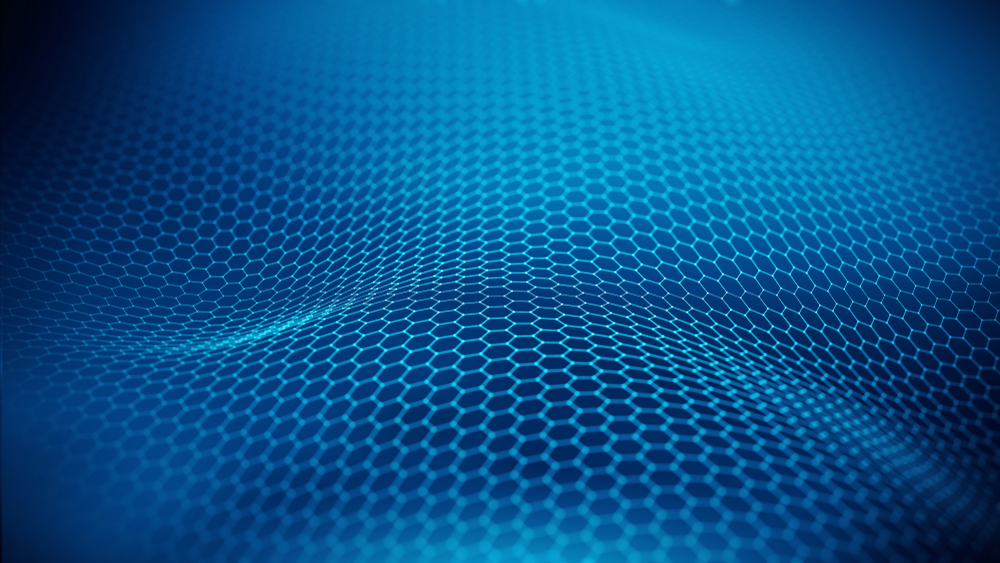 What Google Docs did for word processing and Figma did for interface design, Hex hopes to do for data science. Which is to say, make data science and analytics a collaborative process, using a slick web-based user interface.

I spoke to Hex CEO Barry McCardel about how the data stack will change over the 2020s and what it means for data science notebooks, a common tool for data scientists.

“We think of ourselves as building the frontend for the modern data stack,” McCardel began. While that’s the ultimate goal, practically speaking Hex fits into a category of tools known as the data science notebook. It competes with other such products, like Jupyter, Amazon SageMaker and Google Colab. Programming notebooks have actually existed since at least the late 1980s when Mathematica was launched. But in the modern cloud computing era, the open source Jupyter Notebook has been the flag-bearer for the data science notebook industry. Project Jupyter was launched in 2014, as a spinoff of IPython (Interactive Python).

“I think at the core, notebooks are really just a very nice way to be able to do iterative analysis,” McCardel told me. “It basically breaks your code up into chunks, called cells. So you have re-runnable individual chunks. And those chunks can both run as a small unit, but also show you the output. So that was really one of the core innovations with the notebook format, where I can run a small bunch of the code and see what it does — maybe I’m seeing a chart, or a table, or just a result set, or whatever.” 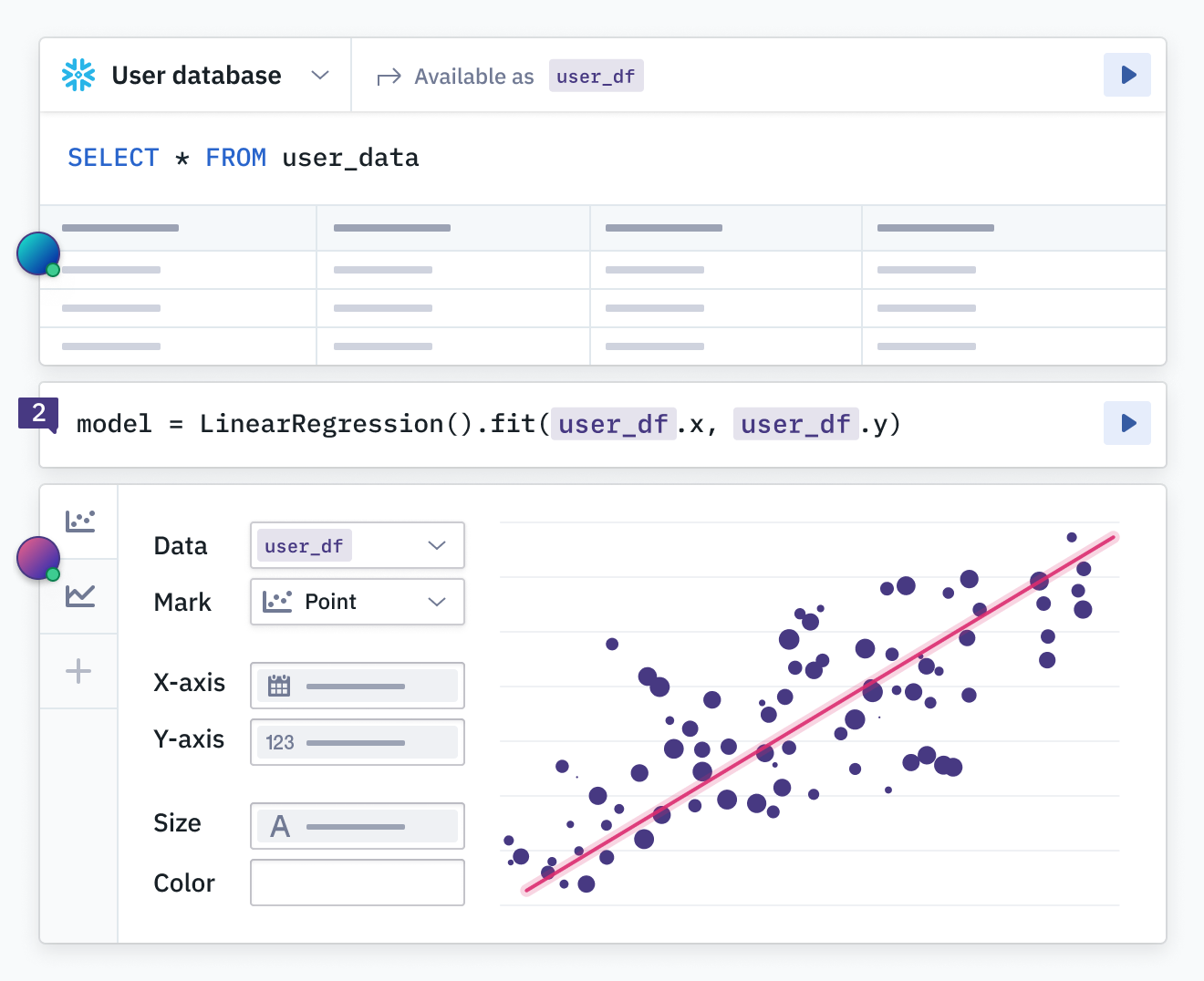 However, McCardel views Hex as more than just a notebook, or a “Jupyter in the cloud” (which is how he classifies some of Hex’s competitors). “What we see from our customers is that they aren’t just looking for a notebook solution,” he said. “They’re looking for something that helps them share and helps them bring in people from different types of backgrounds and stakeholders.”

Hex is trying to position itself as not just a tool for data scientists, but for data analysts and Business Intelligence (BI) roles — both of which are less technical and more business-focused.

In Hex, users can use a no-code interface, or do queries in SQL or Python. Data scientists have traditionally used Python, but according to McCardel, that isn’t necessarily the case with Hex users.

“This idea that, oh, data scientists are high-end technical and use Python, and SQL is lesser, is not true at all! SQL is really good at a bunch of things. And you’ll talk to a lot of data scientists who use mostly SQL, and that’s totally cool. It doesn’t make them less of a data scientist. There’s a lot of really great things you can do [with SQL].” 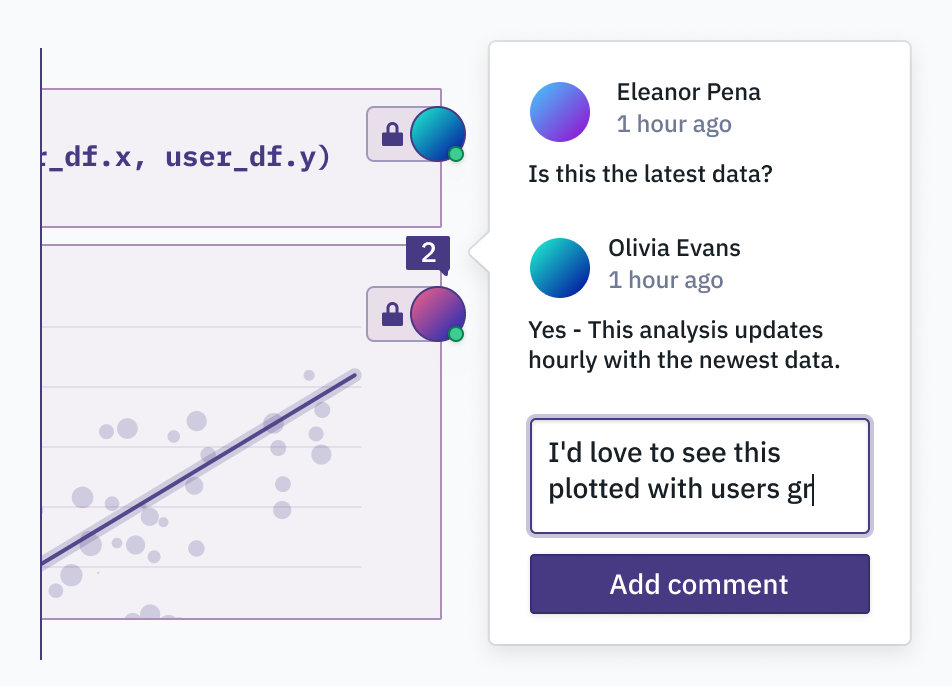 Clearly, though, Hex is eyeing a much broader market than competing tools that simply focus on data scientists. It’s reminiscent of many of the popular low-code platforms that have emerged in the enterprise development market in recent years, most of which also target business users.

“We want it to be easily accessible for people of all technicality levels,” said McCardel, regarding the target users for Hex. “People with just baseline data knowledge and curiosity, people who might be coming from spreadsheets or BI tools.”

So are Python users adopting Hex too, I asked?

“Yeah, it’s everything Jupyter can do — and more. If you’re coming from Python-based data science work, Hex will be familiar and powerful and give you a lot of new superpowers.”

How Hex Fits into the Data Stack

Another interesting aspect of Hex is that it has seemingly joined forces with two other modern data companies. Snowflake and Databricks, two leading data warehouses, were both investors in Hex’s most recent funding round in March. So I asked McCardel, how would a data professional use Hex alongside one or both of those other tools?

“So, Hex sits on top of those environments — on top of Snowflake and on top of Databricks — and helps customers make the most of the data that are in those environments. If you have brought all of your data into a data warehouse, including both of those two, often the next question is: so what now? How do I make this useful and impactful for the organization? Hex really seeks to answer that question.” 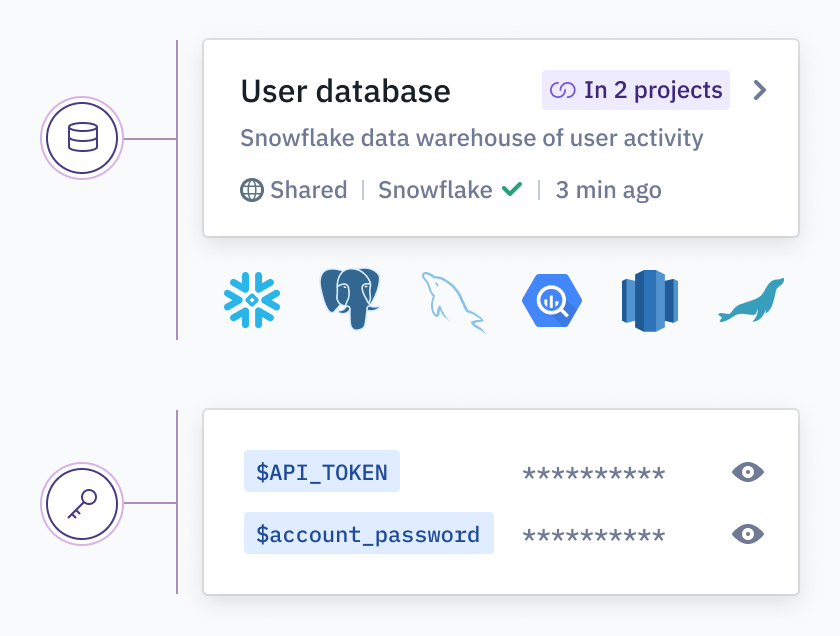 Ultimately though, a lot hinges on Hex’s ability to emulate the likes of Google Docs and Figma in becoming a user-friendly tool that also offers enough oomph to keep power users happy. In this case, the data scientists are the power users.

McCardel admires how Figma “allows designers to share their work and bring other people into the process as stakeholders,” and he wants to achieve that in Hex for data scientists. Not only that, he said, but Figma “translates a lot of those people [stakeholders] into editors.” The users become creators in the system, not just viewers.

“So I get really excited when I see that type of thing happen in Hex,” he continued. “We see engineers and product managers and other people come in and actually become editors. Hex is not just for high-end data scientists.”

What’s Next for the Data Stack

Finally, we talked about where things are headed for the data stack. With tools like Snowflake, DataBricks, and perhaps now Hex, the tools available to enterprise users are increasingly sophisticated and easily accessible via the web. I was curious for McCardel’s thoughts on what comes next.

“The last few years have been this revolution in the data world, on the integration story,” he said. “I’m using Fivetran or Stitch or Airbyte to get my data from source into my warehouse. I now have my data in my warehouse, I can use DBT [data build tool] to transform it. I can use observability tools to monitor for quality. […] I can store this at any scale. I can run queries at any scale, you don’t need to worry about provisioning servers anymore. I have been working in data for like 10 years, and it’s such a huge difference from 10 years ago. It’s like the ability as an organization to just have all of my data in one place and have it integrated, clean and ready to go.”

However, he added, the story is not over. He thinks the next part of the cloud data revolution will be in frontend tooling, or as he put it, “what that new frontend for the data stack is.”

Hex is clearly eyeing the data stack frontend, but we’ll just have to wait and see whether it can capture that market as well as Figma did for interface design.