GitHub is testing the feasibility of providing a voice driven interface for its Copilot AI-driven code completion tool.
Nov 22nd, 2022 4:00am by David Cassel 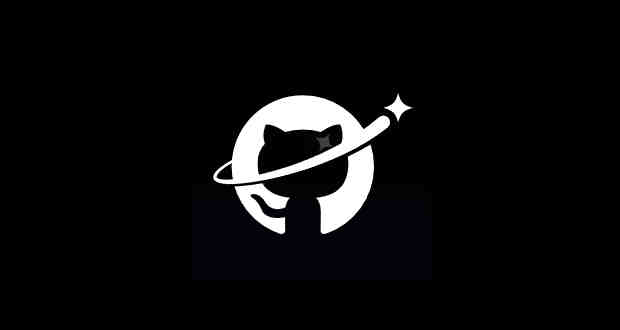 But it’s generating some excitement…

“We’ve been blown away by the overwhelming support and enthusiasm,” GitHub staff researcher Rahul Pandita said in an email interview last week. “Since unveiling it at Universe nearly 7,000 people have joined the waitlist for the technical preview.”

Pandita has been part of the group behind the project, GitHub Next, since 2021, after previously working at Phase Change Software on an AI assistant for COBOL programmers. Pandita now believes the thousands of signups for the technical preview of Hey, GitHub “goes to show how hungry the community is for tools that can boost productivity for all developers and make coding more accessible to people that have difficulty using a keyboard.”

But in our interview, Pandita emphasized that it’s not just a novelty and that one of the project’s top priorities is serving communities with a need for accessible interfaces. “We’re letting folks into the technical preview on a rolling basis, and are working hard to ensure we have enough developers that have difficulty using a keyboard represented.”

“‘Hey, GitHub!’ is still an experiment, and GitHub does not have any plans for a public launch yet.

It’s just one of several projects from GitHub Next, a group described on its webpage as “a team of researchers and engineers at GitHub, exploring things beyond the adjacent possible. Some other projects from GitHub Next include GitHub Blocks for creating interactive code repositories, folders, and files, with everything from search windows and workflow interfaces to embeddable diagrams and data visualizations. And there’s also GitHub Copilot CLI, which uses Copilot’s functionality to suggest input for your command line.

But it’s coding by voice that captured the imagination of Pandita and his team. “If GitHub Copilot is our pair programmer, why can’t we talk to it?” GitHub’s CEO asks in his blog post, adding “That’s exactly what the GitHub Next team is working towards.”

The project’s official webpage shows off its ability to instantly translate plain-English commands into code. It responds to everything from “Hey, GitHub! Insert new line” and “import graph plotting library” to more complex commands like “clean records from titanic data where age is null” and “fill null values of column Fare with average column values.”

And a video on the webpage also shows it responding to more general commands like “define a function that accepts three numbers from users as the input.”

“Hey, GitHub!” can also can jump to specific locations in your code — just by saying a line number, method name, or “next block”. Instead of searching Stack Overflow for the correct syntax, programmers can have code automatically generated just from spoken plain-English commands like “return a Boolean.” (“And if you don’t like what was generated, ask for a change in plain English,” explains its webpage.) You can even ask it to explain what a block of code does just by asking for it and supplying the line numbers. “Hey, GitHub! Explain lines 3 through 10…”

And the demo culminates with the glorious moment when the user exits code mode, runs the program, and sees all their data charted on a scatter-plot graph.

It got a rave review from one user who tested it. In a video (shared on the “Hey, GitHub” webpage), Microsoft software engineer Beatrice Tohnia calls the tool “totally different than anything I’d used before. You’re actually starting with what you want to do and telling that to the computer, and it’s creating code for you….”

“You can still edit the code afterward. It’s just skipping a lot of the tedious, in-between steps.

Shape of Things to Come

At the end of the video, the developer predicts this will be part of a larger revolution in the tools we used to write code. “I think ‘Hey, GitHub’ and things like it are going to be the future of coding for everybody — because technology is going to become too powerful not to use.”

GitHub CEO Thomas Dohmke also tries to place the project in a larger context, remembering in a blog post that it was just 15 years that the first line of code was committed on GitHub, and “since then, our purpose has been to equip developers with everything they need to be their best.”

“We are at a turning point, and it’s time for a new developer experience.”

In his post on LinkedIn, CEO Dohmke was even more specific about the coming revolution. “AI is going to be the greatest change to the nature of software development since the rise of open source, and voice-to-code AI with Copilot is another clear example of this fundamental change.

“Soon, writing entire lines of code will be easy as saying as saying ‘Hey, GitHub!’ — and you’re off to the races.”

Dohmke’s blog post even argues it’s part of a push to make Copilot more accessible on the assumption that AI itself “will soon be integrated into every aspect of the developer experience.”

Although for now it only works with VS Code.

And GitHub is inviting interested developers to be a part of that research and testing. “We are looking for folks to help us refine this experiment further,” Pandita posted last week on LinkedIn, sharing URLs both for “technical preview” signups and to the project’s official Discord server.

SHARE THIS STORY
RELATED STORIES
A Better Developer Experience Requires Better Testing Tools Meta's MultiRay, a ML Platform for Running Large Foundational Models The Missing Part of GitHub Actions Workflows: Monitoring How to Build Your Own Decentralized Twitter Promises in JavaScript: A Primer
SHARE THIS STORY
RELATED STORIES
Promises in JavaScript: A Primer Cloud Lessons to Help Developers Improve ESG Impact AWS Serves Up Tools for Data Heads, Cloud Native Security Developers Get a Quick-Start to Coding with Replit IDE Need to Scale Apache Kafka? Switch to Apache Pulsar
THE NEW STACK UPDATE A newsletter digest of the week’s most important stories & analyses.
The New stack does not sell your information or share it with unaffiliated third parties. By continuing, you agree to our Terms of Use and Privacy Policy.