History Major Makes Some History of Her Own at Red Hat 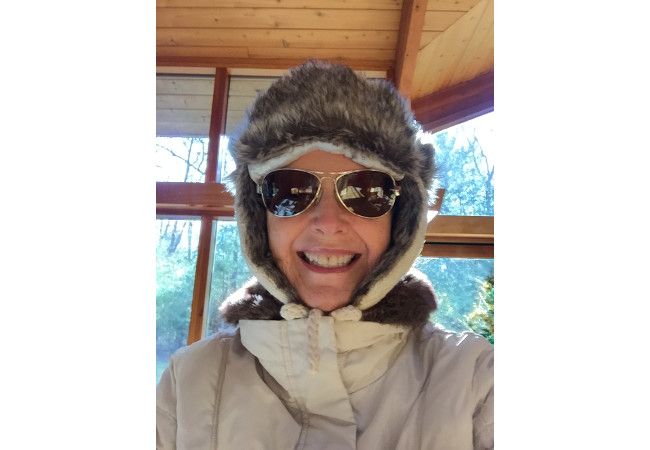 How does someone go from being a history major to running the division in charge of Red Hat Enterprise Linux? Denise Dumas, vice president of engineering, responsible for the operating systems platform, has had a quirky path to success, which includes the development of two critical operation platforms now used by more than 90 percent of Fortune 500 companies, winning three Stevie Awards, including Female Executive of the Year in 2015 and the Lifetime Achievement Award along the way.

During her nine years at Red Hat, she managed the development and successful release of Red Hat Linux Enterprise 7 (RHEL) in 2014. That year Docker hit the market and she knew RHEL needed an overhaul to enable it to work with this new product. Her team created and deployed Red Hat Enterprise Linux Atomic Host, an integrated infrastructure platform designed for containerization. It allows Red Hat customers to continue to use RHEL 7 for their OS, while also moving into the cloud.

During the build of RHEL Atomic Host, Dumas adopted agile methodology and moved release cycles from six-nine months to every six weeks.

“We took a product that was on a six to nine-month cycle and used it as the basis for a faster-moving product that incorporated additional very fast-moving content plus a consolidated patch stream,” she explained. “This approach gave the very fast-moving content a good solid dependable foundation and yet enabled us to bring new features to market both efficiently and at the speed that customers demanded.”

Both of these releases garnered her Stevie awards, topping out with the crowning Lifetime Achievement Award bestowed in 2016. The Stevie Award Competitions aim to recognize accomplishments of merit for business people worldwide.

Dumas credited the awards to having a fabulous team and the work they do is viewed as critical to the success of the company. But then she acknowledges that was no accident. “You grow a team,” she said. “It’s something you have to pay attention to.”

“Because I’ve been able to keep them paying attention to the work and delivering it as they needed to deliver it, and to try to make changes within the organization to support that, I’d say that’s a lot of why the organization has been successful, but also why I personally have managed to be successful,” she explained.

Getting There from the Past

“Talk about places you never expected your life was going to take you!” Dumas said. “If you had asked me 30 years ago where my life would end up, this would not have been even close to my radar.”

After graduating with a history degree at an economically difficult time, she ended up working at a job she didn’t love. So when she saw an opportunity to do a yearlong intensive study in tech she thought, “What the heck? What could be worse than what I’m doing now?” She aced the qualification and ended up working with the director of the department. He cherry picked her to work with because of her high scores. “It was just such a perfect fit for me,” said Dumas.

When the director opened his own startup a short time later, she ended up as Employee No. 1. Later she moved to Digital Equipment Corporation (DEC). It was a great opportunity, she said. She was there through its meteoric growth and then watched it shrink, eventually being acquired by Hewlett Packard (HP). “I feel like I’ve been through the full lifecycle — birth, and death of a large organization,” she said, calling it an incredible learning experience.

She loved her job at HP where she was running a wonderful engineering team working on a hot product. But she was living in the midst of chaos with HP making acquisition after acquisition which led to layoffs every three months as those acquisitions were absorbed. She decided she didn’t want to live with all the turmoil and uncertainty.

That decision led to a shift in her attitude. She started asking, “What’s the worst that can happen? “Go ahead, fire me, make my day,” she said laughing.

“That shift colors your attitude forever afterward,” she said. “I learned not to be afraid to take risks. And always keep your options open.”

So she came to Red Hat with a new attitude. “Not with a ‘I don’t give a shit attitude,'” she said, “but there’s a limit. I’m going to do everything I can to make things go in the direction I want them to go and I expect to have a voice, and if you don’t think that I’m going to have a voice, well then I don’t need to be here.”

Another thing she’s learned along the way: Don’t let fear stop you.

“I’ve worked in large companies, I’ve worked in a support organization, as part of a two-person team where we wrote a book and taught courses. All of these things I knew would stretch me and develop skills, but they were incredibly scary in the moment.”

But don’t take stupid risks, she said. Do an intelligent evaluation of the situation, and know that if you sign up for that opportunity then you have to make time in the rest of your life to focus on it. But taking intelligent risks can turn into something really worthwhile.

Mentoring the Next Generation

In addition to her work, she enjoys mentoring young women engineers.  There are a number of formal mentorship programs in which she participates, but in addition she keeps an open door policy and creates an atmosphere where young engineers feel comfortable asking for advice.

“There are a lot of smart young women at Red Hat which is wonderful,” she said. “But sometimes it’s hard, especially early days in a company and early days in your career to navigate the waters because you don’t understand how the pieces work together or sometimes don’t work together. You need a native guide.”

It’s important to help them find a path, she said, and make sure they are supported through the first five years, which is when you figure out how to manage the business world and what it means to work within an organization.

She counsels young engineers who come to her for advice, asking them, “Are you happy with the result you got from doing this? What could you have done differently?”

I’ve been lucky in my career, she explained. “I’ve had a number of people to administer the dope slap when needed.” And provide lots of encouragement.

Half of career success is getting lucky with the people you encounter, Dumas said. That’s why I try to make sure I keep an eye out for the smart young ones that I want to see do well.

Her current project is building a more flexible operating environment in the RHEL operating system, with the aim of giving customers a greater choice in managing the different layers of their software stack. She and her team are also increasing automation to further reduce the overall cycle time on content validation. “This gives us a better ability to control the speed with which we can turn ‘content’ into ‘product,'” she said. Customers don’t want continuous, asynchronous product delivery. The constant change to the software underlying their application is seen as a business risk.