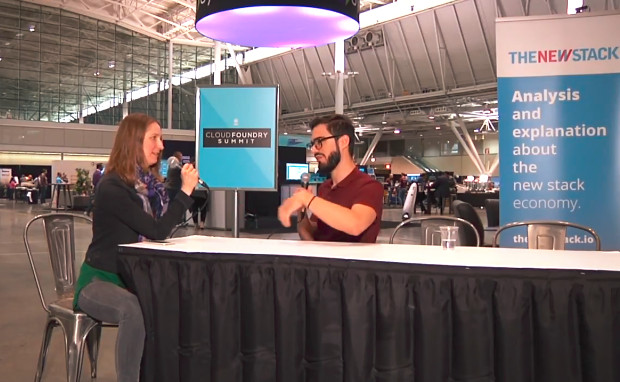 San Francisco-based Holberton School offers a non-traditional approach to training the full-stack engineers that are in high demand among Silicon Valley tech companies. Its students compete with the Ivy League graduates — and win — for positions at Tesla, Apple, Dropbox, IBM, Nvidia and Docker, to name a few. In this episode of The New Stack Makers podcast, recorded at Cloud Foundry Summit in Boston, we sat down with Holberton School co-founder Sylvain Kalache to discuss how the tech industry can scale up its talent pool to match the ever-increasing scale of its applications.

The tech industry is facing a talent shortage with about 600,000 unfilled positions — and that number is expected to grow to 1.4 million within the next decade, Kalache said. Traditional universities cannot meet the demand so alternatives are needed in order to train them. This is why tech must go beyond the norm, and train individuals from diverse backgrounds and skillsets — and do so in innovative ways.

Holberton has embraced this non-traditional training. There is no tuition, for example; once students graduate, they pay back a portion of their salary to the school. And where universities focus on computer science education, Holberton works on a range of skills to suit a modern DevOps role including development, system administration and soft skills.

They are also innovating in how lessons are delivered. There are no teachers — classes are led by peers in the industry. And rather than give students a lecture and ask them to memorize the solution, they give them the problem and tell them to go and solve it, with some guidance.

“It’s up to them to learn the knowledge and the tools they need to build and achieve the task,” Kalache said.

So far, this approach is working. Thirty-five percent of Holberton students are women and 50 percent are non-white. And their backgrounds and experience levels vary from high-school graduates to mid-career students. The school has recently received an $8 million funding round in order to pursue its vision.

5:02: What are some of the trends Holberton see in the industry?
7:01: How does Holberton scale training?
9:07: What is the role of software in training?
15:31: How Holberton approaches training and finding DevOps talent as an educator?
17:42: The skills Holberton sees a greater need for now as cloud and cloud-native migration are happening.
20:17: Why Holberton is at Cloud Foundry Summit.