2021-06-10 09:00:27
Honeycomb Metrics: How to Bridge the Gap Between Monitoring and Observability
feature,sponsor-honeycomb,sponsored,sponsored-event-coverage,
DevOps / Observability / Tools / Sponsored

Honeycomb Metrics: How to Bridge the Gap Between Monitoring and Observability 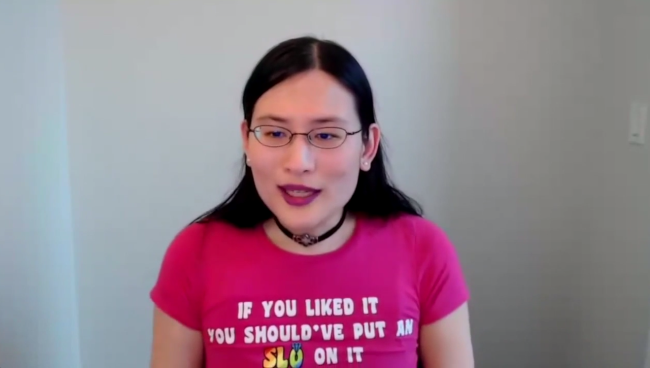 Honeycomb is sponsoring our coverage of o11ycon+hnycon.

The new Honeycomb Metrics observability platform offers a single interface that bridges the gap between traditional monitoring and modern observability.

While defining observability as a “socio-technical capability” that allows humans to understand their systems, Liz Fong-Jones, principal developer advocate for Honeycomb and a member of the governance committee of OpenTelemetry, described how Honeycomb’s observability platform was previously limited to providing observability through an event-based model, using traces and logs in native format but requiring users to convert time series metrics into events.

“Customers have been saying that they want to also get visibility into their system metrics, in addition to their application traces, in one screen,” Fong-Jones said during an interview with The New Stack. “So that’s what we’re doing with this most recent release is that our messaging around what observability is hasn’t changed. Instead, it’s kind of offering people a better set of capabilities that integrate multiple technologies together.”

Honeycomb Metrics was introduced today at o11ycon+hnycon, Honeycomb’s user’s conference, and is now in open beta for Honeycomb Enterprise customers.

In addition to combining observability data and monitoring metrics for system checks, Honeycomb Metrics offers what Honeycomb CTO and co-founder Charity Majors described as “a bridge to the past,” in an interview.

“Now there are 20 to 30 years of metrics data that people have accumulated about their systems and tooling has been built for understanding things like metrics,” Majors said. “A lot of people when they’re getting started don’t want to start with a fresh slate — they want to import the stuff that they’re familiar with and use the terms that they’re familiar with. It’s a really nice bridge to a better event-based world…”

“Honeycomb’s new approach to observability aims to free software developers from the most miserable and inefficient part of their daily lives: the need to draw connections between infrastructure metrics and their application code,” he said. “Weeding through mountains of irrelevant infrastructure events and alerts to pin down meaningful correlations between specific infrastructure issues and new production code often adds up to a terrible waste of developer time. This inability to easily connect code to performance and availability metrics is also a core reason for the reluctance of software developers when it comes to adopting the observability platforms used by their colleagues from corporate.”

Honeycomb enables developers to view observability in a conceptually different way compared to other alternatives. Honeycomb Metrics is service level object (SLO)-oriented, in that it provides information based on pre-set parameters that indicate whether or not an application is meeting SLO criteria during the build and post-deployment processes. The system is thus not going to send an alert if there is a memory leak on a cloud server or if other infrastructure issues occur, but it will determine when and why the application is not meeting the SLO parameters.

Honeycomb provides observability for high-performance engineering teams so they can quickly understand what their code does in the hands of real users in unpredictable and highly complex cloud environments. Honeycomb and TNS are under common control.
Read the latest from Honeycomb

Regarding SLO’s, “we’ve defined what the success criteria are for our beta customers” with Honeycomb Metrics, Fong-Jones said. During a demo at the user conference, when using a new query functionality, Fong-Jones set the SLO so that an API-data query is returned in fewer than two seconds. “If results take longer than two seconds to return, that’s a bad experience for [users] and we want to count those queries against their error logic — slow is the new down.”

However, metrics that gauge system and infrastructure performance are not becoming obsolete, of course. For example, metrics “fit when there are times when you care about what’s happening in the infrastructure — but only because it impacts how your code [is performing],” George Miranda, senior director, product marketing at Honeycomb, said.

“The way that we have built metrics into the product is just a quick correlation mechanism, and what we’re finding from our users is that they still want that observability experience and want to focus on what is impacting their users,” Miranda said. “So, instead of having to go look at a traditional metrics and monitoring tool to figure out if there is an infrastructure problem, now we can show that to them inside of the product, so there’s no reason for them to hold on to those legacy monitoring systems to cover that use case now.”

While it was possible for DevOps team members to gather some metrics using special techniques and workarounds in order to get them into Honeycomb’s observability platform in the past, Honeycomb Metrics now supports receiving them directly. It does this via different standards and also integrates metrics for debugging purposes into the user interface (UI). With OpenTelemetry — a Cloud Native Computing Foundation (CNCF)  vendor-neutral framework that provides interoperability among different tools — Honeycomb Metrics makes it possible to gather metrics data from OpenTelemetry directly or from other sources like Amazon Web Services’ (AWS) CloudWatch, StatsD and Prometheus.

During the hnycon main keynote, Fong-Jones used demonstrated how with OpenTelemetry, users can add custom instrumentation to trace spans for all individual function calls. In addition to already existing tracing capabilities to understand application behavior, Honeycomb Metrics also lets users quickly see data about the underlying systems that run those applications, where before that would have taken time and manual effort to gather. This is “in addition to the automatic instrumentation that we have on every request,” Fong-Jones said. By letting engineering teams see application-level observability data next to their systems-level metrics data, Honeycomb now helps them make sure the new application features are production-ready.

“What this means is that I have enough telemetry baked in, so that I know how my production services behavior is changing, and which users are impacted,” Fong-Jones said. “If their performance is negatively impacted for any reason, I need to know what I’m looking for inside of the product code.”