Hopes and Fears: A Look Back at Some of the Iconic Tech Stories of 2019 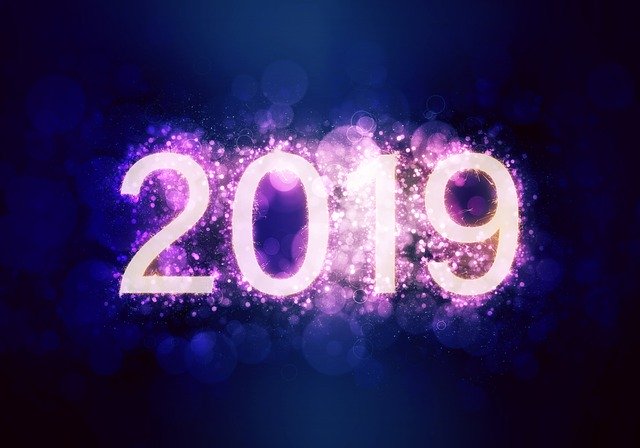 It’s that time of year when we look back at the year gone by, searching for hints for the future from those stories heading into our past. In a kind of year–end tradition, we perform a massive MapReduce on the year gone by, in a lightning look at the moments that seemed to mean something more…

And 2019 saw technology being the source of both new hopes — and new fears.

In February IBM tried a heart-warming ad in which people shared their hopes for the future in a collaborative “Dear Tech” letter. But by March a team lead by Deborah Raji from MIT’s Media Lab had created their own rebuttal ad instead listing their criticisms of tech companies. Sasha Costanza-Chock, an associate professor of civic media at MIT, calls for corporations “that treat people as more than data subjects for surveillance capitalism.”

It’s a sign of the mixed feelings people have, as technology continues creeping into everyday activities that were traditionally performed by humans. In September, a Tesla software update added a “driver-less” Summon feature that allowed cars to self-drive themselves up to 200 feet to collect their awaiting owners, giving everyone their own automated valet parking service. By October in Chandler, Arizona it was possible to use a ride-sharing app to summon one of Waymo’s fully driver-less cars. By next year, Tesla plans to launch its own robo-taxi service. Long-time tech-pundit Bob Cringely is even predicting that human pizza delivery drivers will eventually be replaced by pizza-delivering drones, with low-paid humans drivers relegated to providing the drones with a stable landing platform.

Yes, new technology is even moving into our skies. The year ended with America’s FAA suggesting that all 1.5 million drones in the country needed to be made trackable. The U.S. military is also apparently working on high-powered microwave technology to fry drones in mid-air. But when Notre Dame cathedral caught on fire during a renovation in April, it was drones that helped guide the intervention of firefighters. Americans even saw drones replacing fireworks at a few Fourth of July celebrations. And in Amesbury, Massachusetts, spectators watched drone races…

But as we humans embrace one technology, are we rejecting another? Cars were banned altogether on streets in Madrid and London. At least one study predicted car-free streets would become the norm, citing “a growing movement in cities throughout the world to stem the usage of cars and close streets to unmitigated traffic.” The city of San Francisco banned personal vehicles on Market Street. And in 2018, New York City banned cars on Central Park’s internal streets.

Some aspects of our technology still remain unpredictable. Last year ended with a story about a delivery robot that spontaneously caught on fire. This April saw an even more ominous CNN headline: “Tesla investigates after car appears to explode in China.” Some commuters turned to electric scooters — at least one of which also caught on fire. It’s proof that there’s still a few surprises on the road to renewable energies. While some environmentalists started “flight shaming” air passengers for their potential impact on the climate, some car-weary commuters started flying to work.

So maybe the real wild card is what us unpredictable humans will do with all our technologies. One Tesla owner even implanted its keycard’s RFID chip into her arm. There were also accusations of a card-player using RFID tags just to cheat at poker. One-time Donkey Kong champion Billy Mitchell was stripped of a lifetime’s worth of videogame records over allegations that in at least a game or two he’d used a performance-enhancing MAME emulator.

And vandals trying to key some Tesla’s discovered that the cars were filming them.

In fact, ultimately the EFF was raising alarms about what happens when our security cameras can be continuously monitored and analyzed by sophisticated artificial intelligences. An escaped inmate was spotted automatically and later captured by a Ring doorbell camera. So is technology the solution to our problems — or part of the problem? This fall astronomers began complaining that their views of the heavens were being blocked by a fleet of satellites launched to provide high-speed internet service.

Wildfires in California led to suggestions for smarter power lines and decentralized power grids. One IBM hackathon even challenged developers to code up software that helped communities confronting wildfires. Meanwhile, one set of researchers has proposed saving endangered coral reefs with underwater broadcasts to attract new populations of fish (which improve the health of the reef by eating seaweeds that would otherwise compete with the coral).

And in March Pope Francis wrote code for an app about sustainable development.

In one of the most inspiring stories of the year, Google’s Cloud developer advocate calculated pi to a new record number of digits. (Specifically, to 31,415,926,535,897 digits…) But 2019 also found Microsoft embracing the power of the cloud. In the final quarter of the year its Azure cloud division showed a 59% growth in revenue over the same quarter last year, noted finance writer Rohit Chhatwal, while the company was also celebrating a $10 billion cloud contract from America’s Department of Defense. “The consensus estimate is that it is right behind Amazon in terms of cloud market share.”

So humanity continues to find new ways to use our new technologies. And yet at Microsoft’s campus, some new Microsoft employees are still welcomed with a reminder of the animated talking paperclip that two decades ago was annoying users of Office 97.

Maybe it’s a reminder that we always move forward by building on our past.

It’s inevitable that in our technology-enhanced world, part of 2019 involved appreciating those who came before us. During one Python user’s group in Seattle, the creators of Python, Java, TypeScript and Perl all set down for an informal conversation about how programming languages get created. And this year we followed the continuing adventures of three U.K. geeks trying to rescue a massive 1960s-era IBM mainframe. One remarkable Twitter thread chronicled the challenges of the hard-working engineers at Archive.org who are trying to store their massive archives of internet web pages. And elsewhere on the web, there’s even a few hardy souls who are still maintaining telnet services.

It’s all a nice reminder of one of the themes of the year: That technology is the creation of hard-working people, and it’s people who will decide what to cherish, and what to improve. At the end of the day, technology will become whatever we collectively choose to make of it.

And that will inevitably lead us to more hopes — and fears — and hints for the future in the year 2020.