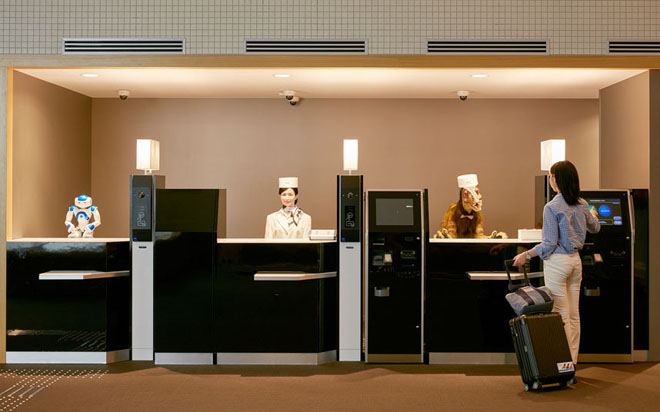 Japan is known for its quirky national character, expressed in its strange inventions, its complex shoe etiquette and its enthusiastic embrace of technology, seen in things like musical toilets and 3D printed fake food replicas. Now, in yet another testament to the Japanese passion for technology, an ultra-efficient hotel has opened last month in Nagasaki prefecture, which is almost run entirely by robots.

The 72-room Henn-na Hotel (translated to “Strange Hotel”) is primarily staffed by 10 robots — humanoid ones that greet guests at the desk, a red vehicular-like porter that guides you to your room, and a hydraulic arm robot that stores clients’ baggage in the “Robot Cloak Room.” Thanks to internal sensors, “omnidirectional vision sensors” and an adaptive artificial intelligence, these humanoid robots will maintain eye contact, blink, breathe and are programmed to learn and tailor their behavior to customers’ responses. 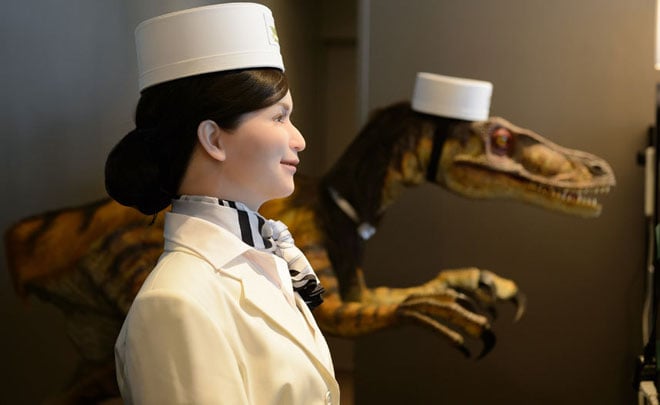 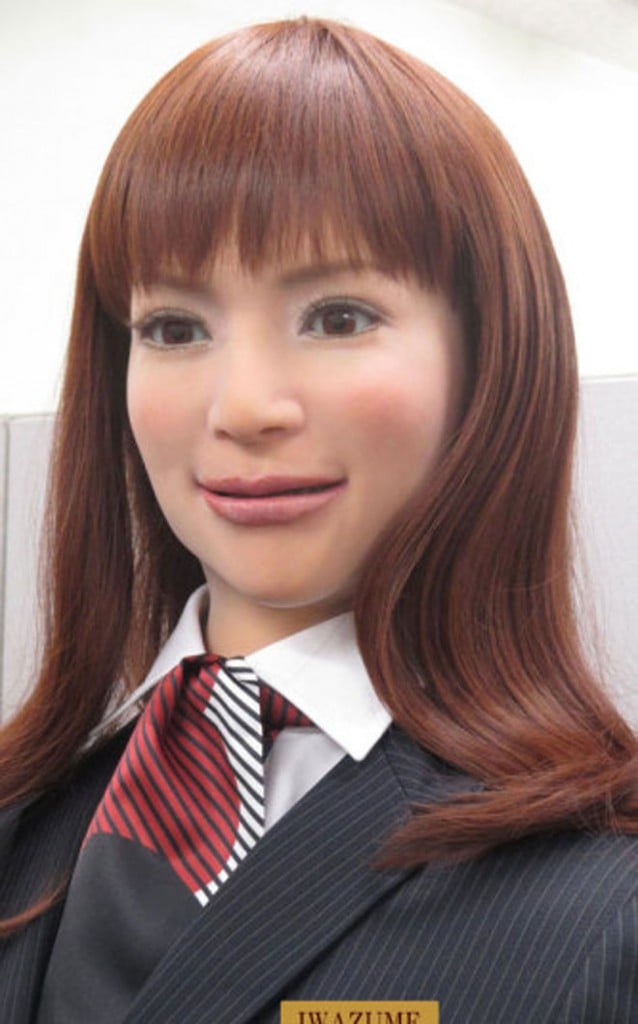 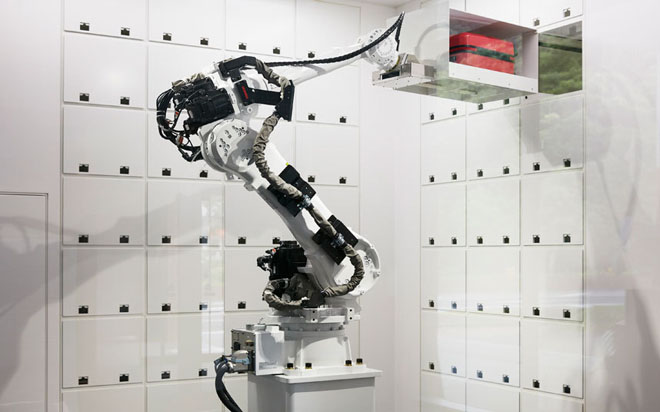 There are other different robots that will offer information, clean rooms; and each room will have a candy-cute, Kawaii robot assistant called Chu-ri-Robo that guests can interact with in order to set wake-up times and dim lights. Other odd robots include an animatronic dinosaur robot at the front desk that speaks to English customers — though all the robot staff are multilingual, speaking Japanese, Chinese, Korean and English. 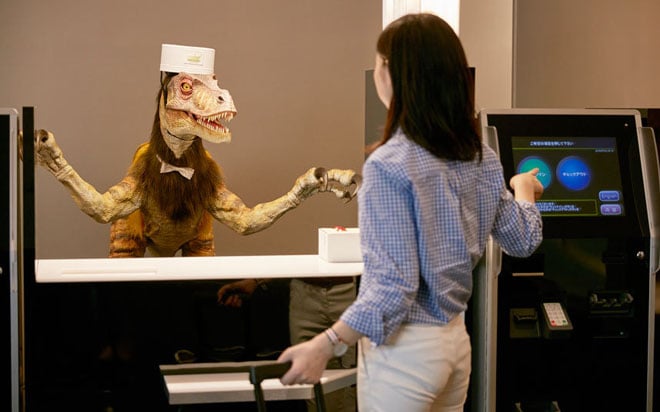 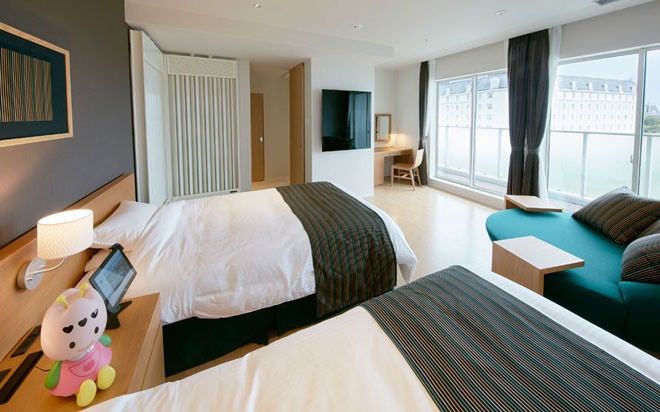 Other state-of-the-art features include door locks that use face-recognition technology on guests, eliminating the need for conventional keys. Room temperatures are controlled by body heat sensors that will automatically adjust comfort levels. 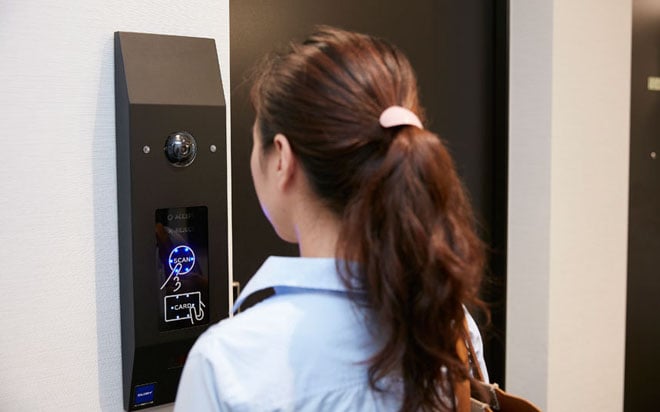 The hotel is designed as part of a themed tourist complex called Huis Ten Bosch, which is modelled after an idealized Dutch town. Kokoro, the hotel’s owner and a subdivision of Sanrio (yes, of Hello Kitty fame), has been designing human-like “actroid” robots since the last decade. Hideo Sawada, president of the company, says that their goal is to “make the most efficient hotel in the world.” Due to its use of robots, costs are kept down in this relatively low-budget hotel, Sawada said. “I wanted to highlight innovation. I also wanted to do something about hotel prices going up.” In Japan, certain banks and restaurants already have robot staff on hand. 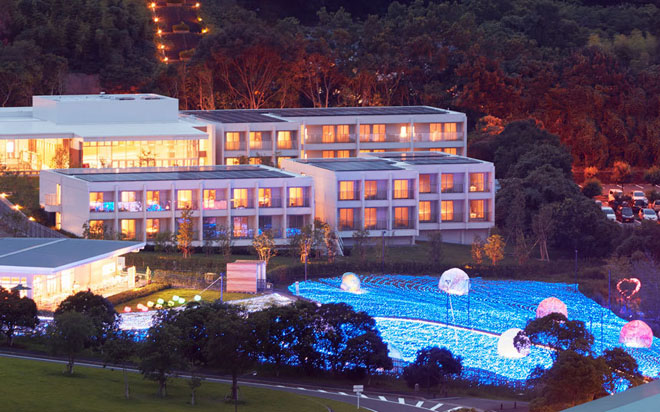 Japan’s leading edge in creating machines that look eerily human could ultimately be applied to service robots that would help the elderly and teach kids. But while it’s great that robots could potentially take over more mundane, laborious tasks, the flip side poses the question of whether humans will soon be made redundant by machines, or perhaps even threatened by them. After all, robots are increasingly being used in industrial manufacturing and in our homes, while the military is experimenting with autonomous robots, missiles and swarm robots that can produce complex, emergent behaviors. 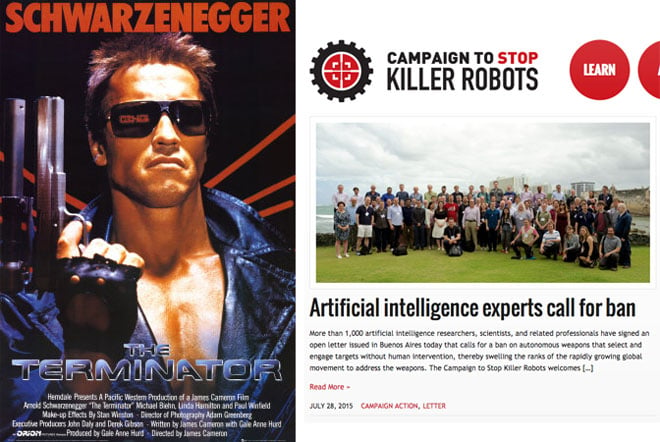 The rapid development of autonomous machines and artificial intelligence creates an unknown territory that is fraught with ethical and existential concerns, leading to experts and industry leaders like Stephen Hawking and Elon Musk calling for a moratorium on the development of killer robots and autonomous weapons that can destroy without human intervention.

So should we be fearful of the future robot revolution? It depends; robots in hotels are a great idea — amoral robots that can “select and engage targets without human intervention“? Not such a great idea. To find out more about the robot hotel or book a room (prices start at ¥7,000 or USD $56), visit Henn-na Hotel.

SHARE THIS STORY
RELATED STORIES
How to Get Started Filling 3.4 Million Cybersecurity Jobs How We Manage Incident Response at Honeycomb Platform Engineering Won’t Kill the DevOps Star How Will Working in Tech Change in 2023? Golden Paths Start with a Shift Left
SHARE THIS STORY
RELATED STORIES
Golden Paths Start with a Shift Left Why 'Explainable AI' Can Benefit Business The Power and Ethical Dilemma of AI Image Generation Models Wellspring of Creativity: Why Public Domain Matters Why Your Code Sucks: Common Excuses for Bad Programming
THE NEW STACK UPDATE A newsletter digest of the week’s most important stories & analyses.
The New stack does not sell your information or share it with unaffiliated third parties. By continuing, you agree to our Terms of Use and Privacy Policy.