How a Cloud Skills Shortage Is Affecting Multicloud Adoption 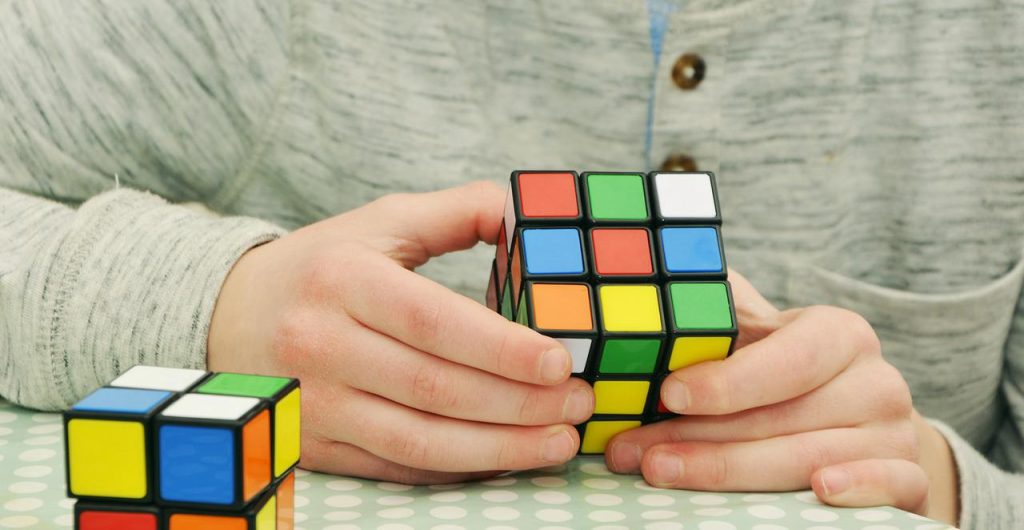 Enterprises are facing an ongoing shortage of cloud skills, and it’s driving many organizations to create cloud platform teams and invest in automated tooling.

That’s one of the key findings in the 2022 HashiCorp State of Cloud Strategy Survey, released this month, based on research commissioned by HashiCorp and conducted by Forrester Consulting. 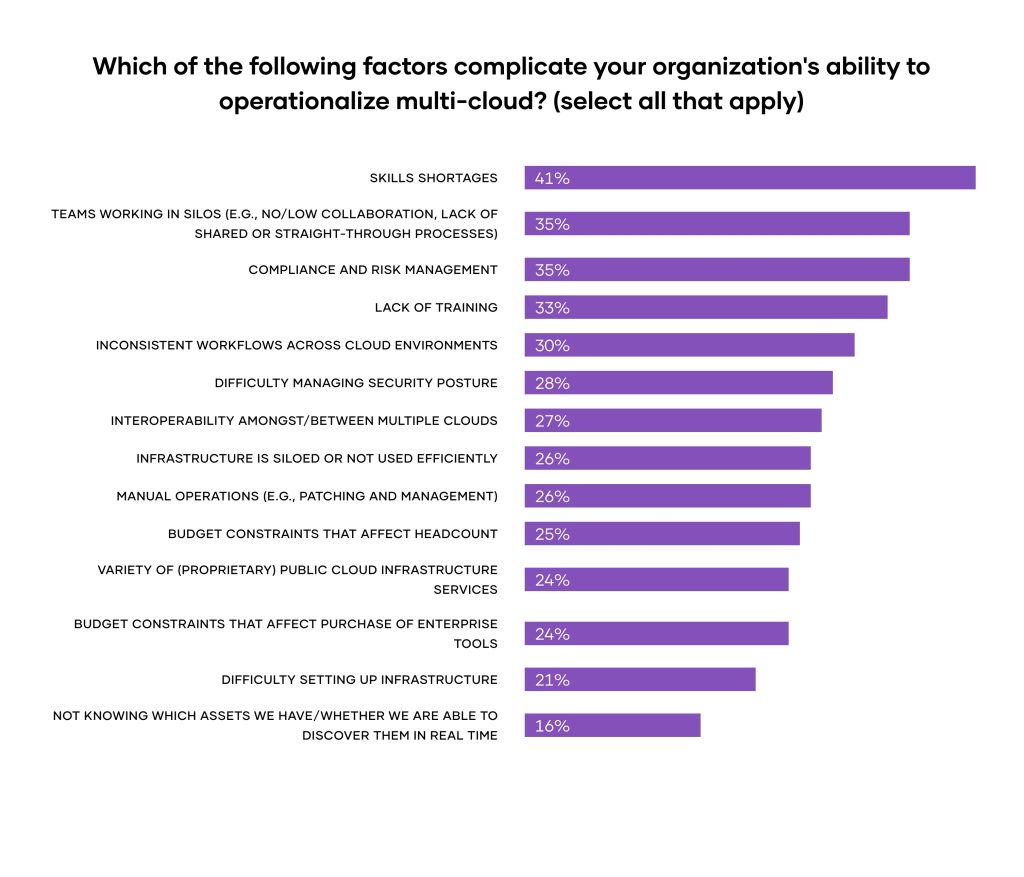 However, that’s only the beginning. A whopping 94% of respondents said they had avoidable cloud spending, and lack of needed skills was the third most common reason for that cloud waste, cited by almost half (47%) of respondents.

But wait, there’s more. Having the proper staffing and skill levels was cited by 82% percent of respondents as important (41%) or very important (41%) to determining the success of their organization’s cloud strategy — the fourth most common choice.

Infrastructure enables innovation. HashiCorp provides consistent workflows to provision, secure, connect, and run any infrastructure for any application.
Read the latest from Hashicorp 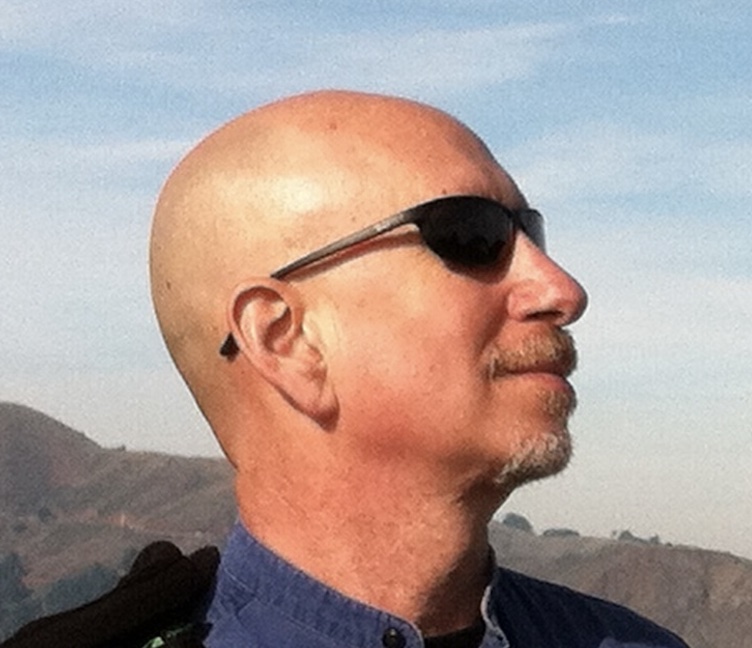 Fredric Paul
Fred is director of editorial and content at HashiCorp. A longtime tech journalist based in San Francisco, he’s held senior editorial positions at CNET, InformationWeek, AllBusiness and many others, as well as content leadership roles at companies such as New Relic and Redis.

Despite all of these concerns, many respondents are finding an effective way to address these issues on their path to multicloud success: using centralized cloud platform teams.

Platform teams — groups that consolidate and standardize cloud infrastructure for an organization or an entire company — are designed to leverage the skills and expertise of an enterprise’s best engineers.

Given the impact of skills shortages revealed in the survey, it should be no surprise that 86% of respondents said they relied on a centralized organizational group or function such as a cloud platform team or Cloud Center of Excellence (CCoE).

Notably, organizations are turning to platform teams to create, distribute and enforce best practices and common tools for a wide variety of tasks. In fact, at least three quarters of respondents picked all 15 functions provided as survey choices: 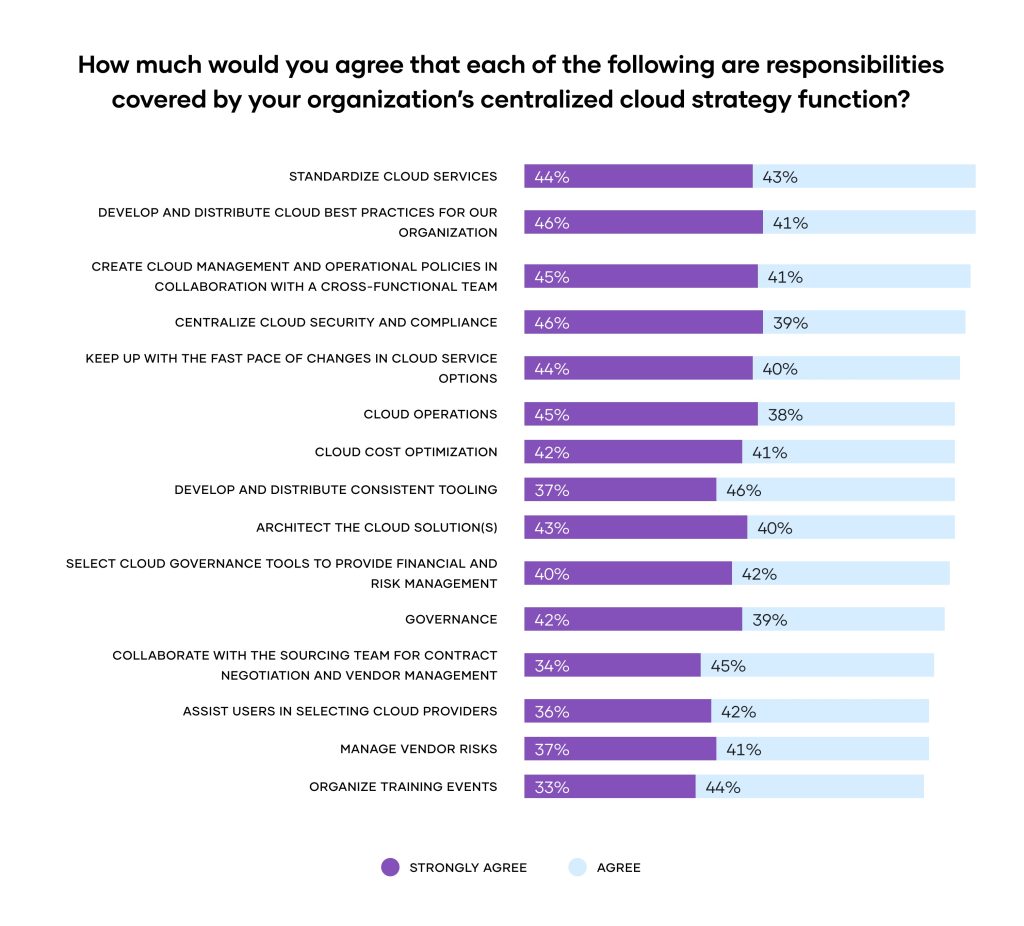 Automated Tools to the Multicloud Rescue

Even the best platform team can only do so much themselves, however. Organizations struggling with cloud skills shortages say they also need automated tools to help make their hard-to-find engineering talent productive. In fact, 89% of respondents said automation tools were important or extremely important to operationalize their multicloud infrastructure. Only 1% said these tools were not important.

According to the survey results, consistent and automated tooling leads to more flexible IT infrastructure (47%), improved security and governance (46%), better utilization of cloud resources (43%) and faster response to IT issues and events (42%). 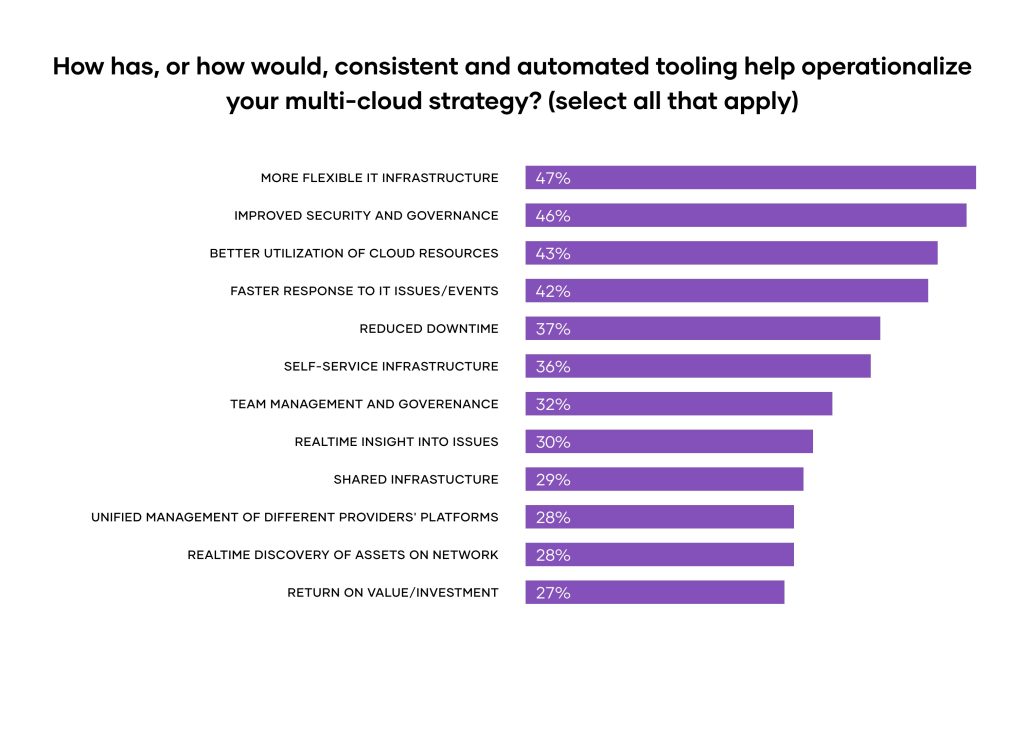 Check out the 2022 HashiCorp State of Cloud Strategy Survey

To gather the information presented here, HashiCorp commissioned Forrester Consulting to survey more than 1,000 technology practitioners and decision-makers in companies from a variety of industries around the world with more than 1,000 employees. You can explore the full results of the survey on HashiCorp’s interactive State of Cloud Strategy Survey microsite, where you can also download Forrester’s “Unlocking Multicloud’s Operational Potential” study, which presents the firm’s key survey findings, analysis and recommendations for enterprises.

Other top-line results include: