In this latest podcast from The New Stack, we spoke with Ricardo Torres, chief engineer of open source and cloud native for aerospace giant Boeing.
Nov 23rd, 2022 2:20pm by Joab Jackson 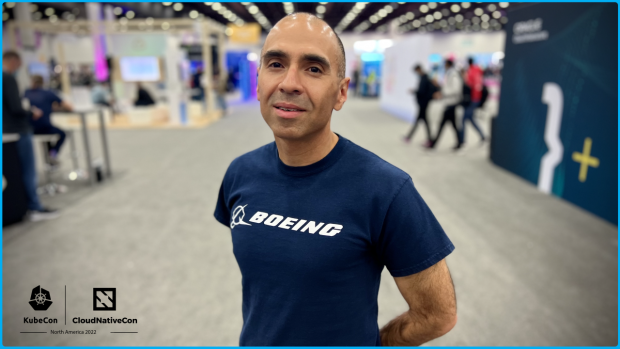 In this latest podcast from The New Stack, we spoke with Ricardo Torres, who is the chief engineer of open source and cloud native for aerospace giant Boeing. Torres also joined the Cloud Native Computing Foundation in May to serve as a board member. In this interview, recorded at KubeCon+CloudNativeCon last month, Torres speaks about Boeing’s use of open source software, as well as its adoption of cloud native technologies.

While we may think of Boeing as an airplane manufacturer, it would be more accurate to think of the company as a large-scale system integrator, one that uses a lot of software. So, like other large-scale companies, Boeing sees a distinct advantage in maintaining good relations with the open source community.

“Being able to leverage the best technologists out there in the rest of the world is of great value to us strategically,” Torres said. This strategy allows Boeing to “differentiate on what we do as our core business rather than having to reinvent the wheel all the time on all of the technology.”

Boeing also manages how it uses open source internally, keeping tight controls on the supply chain of open source software it uses. “As part of the software engineering organization, we partner with our internal IT organization, to look at our internet traffic and assure nobody’s going out and downloading directly from an untrusted repository or registry. And then we host instead, we have approved sources internally.”

It’s not surprising that Boeing, which deals with a lot of government agencies, embraces the practice of using software bills of material (SBOMs), which provide a full listing of what components are being used in a software system. In fact, the company has been working to extend the comprehensiveness of SBOMs, according to Torres.

“I think one of the interesting things now is the automation,” he said of SBOMs. “And so we’re always looking to beef up the heuristics because a lot of the tools are relatively naïve, and that they trust that the dependencies that are specified are actually representative of everything that’s delivered. And that’s not good enough for a company like Boeing. We have to be absolutely certain that what’s there is exactly what did we expected to be there.”

While Boeing builds many systems that reside in private data centers, the company is also increasingly relying on the cloud as well. Earlier this year, Boeing had signed agreements with the three largest cloud service providers (CSPs): Amazon Web Services, Microsoft Azure and the Google Cloud Platform.

“A lot of our cloud presence is about our development environments. And so, you know, we have cloud-based software factories that are using a number of CNCF and CNCF-adjacent technologies to enable our developers to move fast,” Torres said.