How Close Are We To a Mission on Mars? 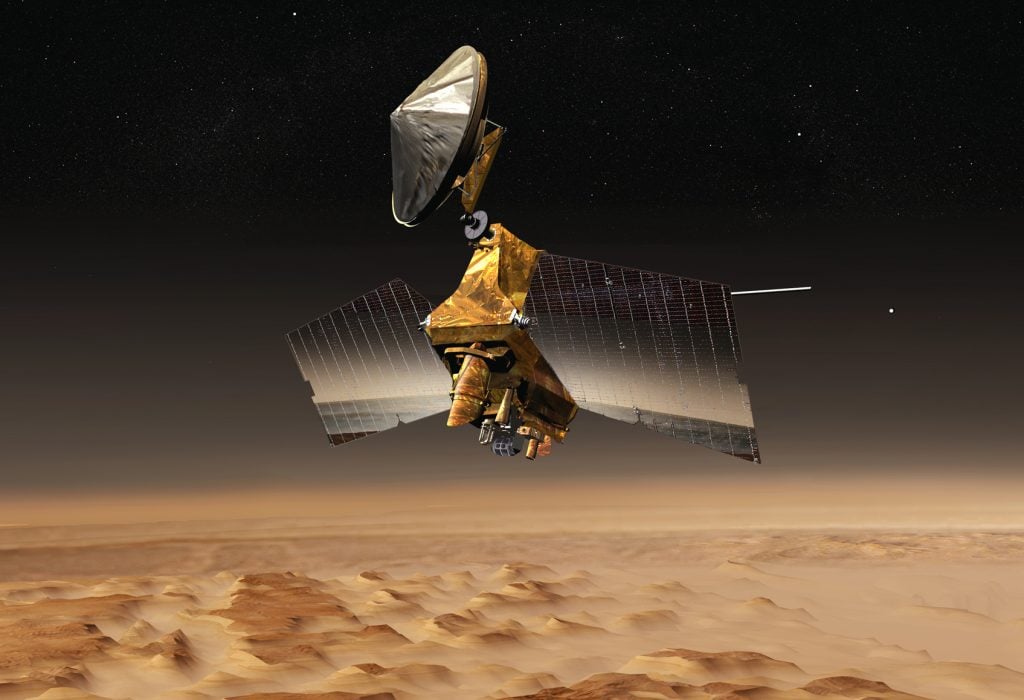 Ridley Scott’s The Martian just became his highest-grossing film of all time — earning more than Alien, Prometheus, and even Gladiator.  But his inspiring tale about an astronaut surviving on Mars may reflect a growing real-world fascination with the possibility of actually visiting the distant planet, or at least getting closer.

In recent weeks, NASA’s even put out a new call for astronauts applications, experimented with growing food in space, and announced nine more partnerships with private space companies.  And though it sounds like science fiction, NASA’s website currently devotes a whole section to its preparations for a mission to Mars.

“NASA is developing the capabilities needed to send humans to an asteroid by 2025 and Mars in the 2030s — goals outlined in the bipartisan NASA Authorization Act of 2010 and in the U.S. National Space Policy, also issued in 2010,” the site reads.

Noting that for more than 40 years, robots have been exploring the Martian surface, NASA points to the current ongoing expeditions on the International Space Station, where astronauts in long-term residency in orbit are “helping us prove many of the technologies and communications systems needed for human missions to deep space, including Mars.”

And on November 4th, NASA announced it will soon be accepting astronaut applications, “in anticipation of returning human spaceflight launches to American soil, and in preparation for the agency’s journey to Mars.”  Astronauts will lift-off from Florida “on American-made spacecraft, and carry out deep-space exploration missions that will advance a future human mission to Mars.”

If you’re interested, those applications are being accepted from December 14 through mid-February, with selections to be announced in mid-2017. 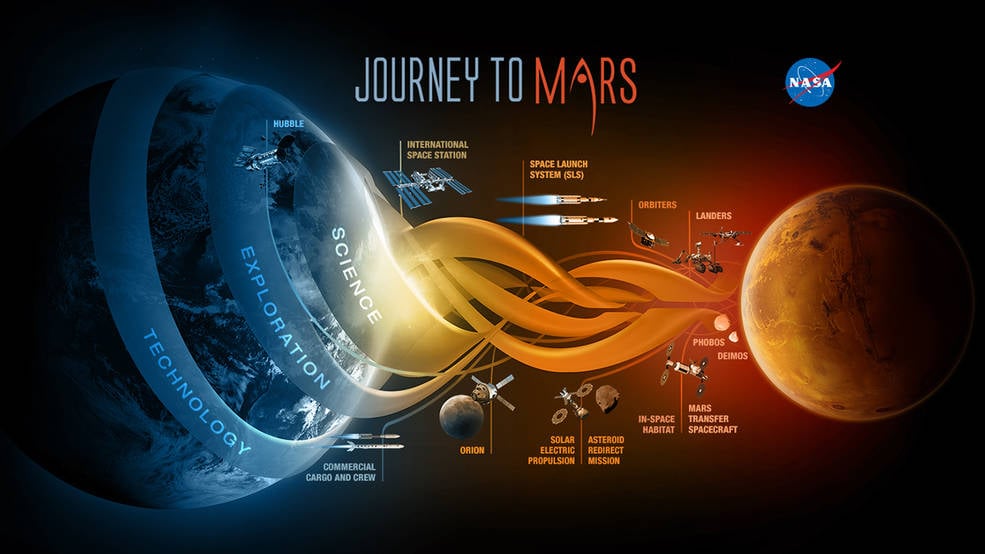 National Geographic has been skeptical of NASA’s pronouncements about Mars, pointing out that “the details haven’t been announced” (and adding that it’d be a massive ongoing financial commitment which “would require the unlikely support of several successive U.S. presidents.”)  But NASA’s press release notes that there’s currently more manned spacecraft being built in America than at any other time in history, which it underscored with another announcement on Thursday.  NASA trumpeted nine new partnerships with American companies “to advance the agency’s goals for robotic and human exploration of the solar system.”

Over a year ago, NASA issued a solicitation “to advance tipping point technologies” by collaborating with the private sector, and it has now formed 22 public-private partnerships. It’s ultimate plan is to shepherd the development of critical space technologies with more ties to the commercial space sector, and specifically targeting markets “that are at a tipping point for commercialization and infusion.”

So where are we at today?  19 months ago the very first “fresh food production system” was delivered to the orbiting astronauts on the International Space Station.  It arrived in April, was installed in May, and by August resulted in delicious fresh lettuce that it harvested in space.  And Monday NASA’s blog announced that the space station’s astronauts had just planted a crop of Zinnias, the first attempt ever at growing flowers in space.  It’s inspiring to think that this in-orbit research station has already been continuously occupied for 15 years – its 15-year anniversary was November 2nd — and in that time it’s been visited by over 200 different astronauts, from 15 different nations.  (NASA counts the days on its Web page — 6209 as of Friday — and lists the names of all the members in its current six-man crew.)

Last month Commander Kelly even set a new record for  the total amount of days spent in space by an American astronaut — 382.  Wednesday he was one of two astronauts in  fascinating live interview with a reporter from AOL.com, celebrating the mission’s 234th consecutive day in outer space with a live broadcast from orbit 249 miles over the Andes mountains.   In the 2015 “State of the Union” address, President Obama encouraged Kelly to “Instagram it,” which he’s been doing,  posting pictures of earth as seen from space on both Instagram and Twitter.  (“Saw some big rip currents in #mozambique today…”)

If we’re ever going to survive the long journey to Mars, NASA sees experiments like this as the beginning of that next small step for all mankind…

But the next step would be conquering deep space, which will begin with a robotic mission to redirect an asteroid into the moon’s orbit sometime in the 2020s, where it can then be explored and sampled by astronauts. “This experience in human spaceflight beyond low-Earth orbit will help NASA test new systems and capabilities, such as Solar Electric Propulsion, which we’ll need to send cargo as part of human missions to Mars,” according to NASA.  And in 2018 NASA will begin testing their new powerful Space Launch System rocket, which it identifies as the forerunner to another essential component for any manned Mars expeditions.

We impatient humans still seem tantalized by the possibility that a journey to Mars could be getting closer to reality. For April Fool’s Day, the real estate investment site Fundrise.com announced the opportunity to invest in a “climate-controlled residential property, located in Mars’ up-and-coming Red Hill Neighborhood.”  Fundrise is an actual crowdfunding site for real estate—this week it offered $50 million in public shares — but their April Fool’s Day prank was about as real as Santa Claus Conquers the Martians.  But keep your eye on NASA’s own slow-and-steady partnerships with private space tech companies.

National Geographic points out that earthbound astronauts have been wrestling with the enormous technical issues of deep space travel for more than 70 years, bluntly titling their article, “Here’s Why There’s Still Not a Human on Mars.” And it succinctly answers its own question, by citing an emeritus professor from the Space Policy Institute at George Washington University.

“Mars is far away, it’s hard to get there, and it costs a lot of money.”