How Database as a Service Boosts Frontend Development

MongoDB’s goal with its Database as a Service offering is to provide a streamlined experience that helps frontend developers.
Oct 5th, 2022 6:34am by Loraine Lawson 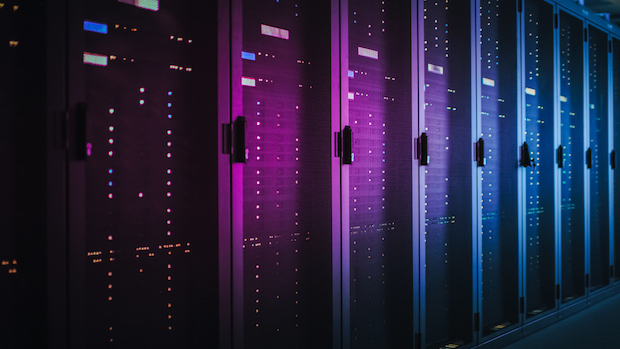 When MongoDB launched Atlas, its managed Database as a Service offering, six years ago, managed cloud databases were still a hard sale to about half the executives at enterprises with legacy systems, said Andrew Davidson, who oversees Atlas as the senior president of product.

“Probably two years into our Atlas journey — so four years ago — I pretty much no longer felt like I even had to have the lift and shift conversation,” he said.

At the time, companies were shifting data to the cloud, but still managing the databases in virtual machines that were running on public cloud infrastructure, he said.

“What they quickly realized was they were not really getting that much benefit from having moved to cloud,” Davidson told The New Stack. Yes they were in the cloud, but they were managing a bunch of virtual machines and it created unnecessary complexity, he explained.

“In a self-managed paradigm, whether on-prem or in the public cloud, you still have layers of this iceberg beneath the waves that you might not think about at first glance,” he said.

One layer up from the virtual machines or bare metal resources, the companies were managing the distribute system across the many compute resources, he said. And a layer up from that, they had to manage the operating systems that sat atop each of those compute resources. Yet another layer up became the database software, which also had to be maintained, patched and managed. It took a lot of DevOps muscle to manage that, he added.

Now, MongoDB Atlas has 150,000 signups every single month, he said, with 100,000 deploying on the free tier because they’re building small applications or they’re learning.

Data has always been the hardest part to manage of IT systems, from security to managing the data lifecycle, Davidson said. Having a vendor with dedicated database management experience handle that makes sense to many organizations, he said.

The Benefits to Frontend Developers

Developers, in particular, have caught on to the benefits of Databases as a Service, Davidson said.

“You can use a database service that just out of the gate keeps you on the safe, happy path of handling all the plumbing, ensuring you’re using encryption everywhere, ensuring you’re using authentication everywhere,” he said. “Then as a frontend developer, you can build with far more focus on what differentiates your application from your competitors, and spend far less of your scarce energies on all these layers of plumbing “

MongoDB differentiates itself from competitors with its document database model, which it pioneered and which Davidson said is “built natively for developers to enable them to move faster than ever before.”

“That really freed up developers,” Baer told TNS. “You look at MongoDB, which came up with great development tools for their database and then their act two was they came up with a really good user experience in the cloud. And that really is the secret to their success. So that’s why document database has been so popular with developers and why MongoDB has been just killing it.”

The document data model is easier for developers than relational databases, which require developers to manage the database along with key-value stores and search engines, Davidson said.

“All of a sudden, you’ve had to learn how to manage three different things. They may be delivered as a service, or you’re managing three different services,” Davidson said. “Each has a different API and lifecycle kind of management that you have to learn how to specialize in as a builder or developer. And they’ll tell you that that’s what you want to do, they try and convince you that this is a good thing.”

Davidson contended this approach by other vendors leads to a fractured developer experience across services as developers add layers of services, such as caching, to improve speed or other “plumbing,” he said.

”Zooming back out, what you find yourself in, if you sort of naively just adopt tons of managed services, is you can still have this complicated sprawl,” he said. “It can become brittle, because you’re synchronizing data across all these different services. And frankly, you can find yourself somewhat locked in, because you’re relying on so many different things.”

Flipping that experience on its head has been a key thesis for MongoDB with Atlas, he added.

“What we’ve tried to do is make sure that as a general purpose document database that can express the full variety — the rich, transactional use cases that you might have traditionally used a relational database for, the full power of search, instead of having that require a bolt-on bringing that in as Atlas search,” he said.

It provides scalability and uptime without needing a key-value store, he added, “but without the downsides of giving up the rich query ability.” It performs at the level of a cache, he explained, so developers can have it all in one system. It also allows developers to avoid locking by being a consistent experience across the cloud providers, he noted.

This approach reduces the load for developers and makes it easy to make changes to their applications without downtime, he said, which “enables this incredible mass proliferation of people building software and applications.”