How Developers Compare Around the World When It Comes to Kubernetes

Executives from Pivotal joined this latest episode of The New Stack Makers podcast recorded at the SpringOne Platform conference to discuss what the developer experience is like around the world.
Nov 4th, 2019 5:00pm by Alex Williams and B. Cameron Gain 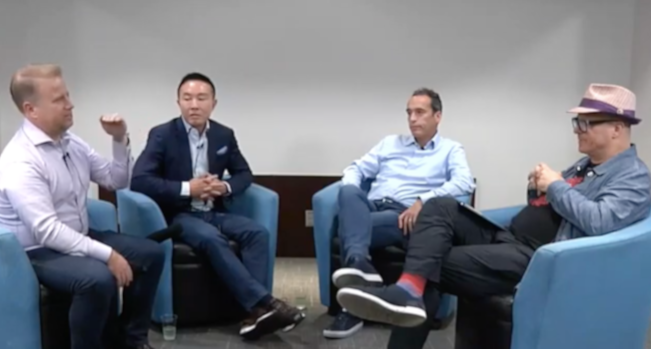 Executives from Pivotal joined this latest episode of The New Stack Makers podcast recorded at the SpringOne Platform conference to discuss what the developer experience is like around the world. They were particularly well-suited to offer input about what developers face as customers worldwide since each executive is based in the U.S., Europe and Asia, respectively. The common-thread experiences they described also covered what it’s like to deploy software on Kubernetes and CI/CD best practices and tools.

The podcast guests from Pivotal were:

How Developers Compare Around the World When It Comes to Kubernetes

Software teams typically fall under three categories, Sakac a.k.a. “the PKS Dude” in reference to Pivotal’s Pivotal Container Service, said. There are those who are “lost and confused and can’t figure out what direction is up” and “have buzzwords flying at them everywhere.”

“They’re the walking instantiation of pointy-haired bosses in the Dilbert cartoons who are saying ‘hey, why isn’t everything cloud native, containers and Kubernetes,” Sakac said. “Then, at the other end, you find people who are just absolutely a nerd like me… and are fascinated with the tech, and they are going off on science experiments all over the place, and in the end, they are lost in their own way.”

The third category of customers consists of developers with less of a tech focus, who are looking to use cloud native app development to deliver specific business outcomes. “These are people who found that proper middle path,” Sakac said.

In Asia, Lim said he observes the same phenomena among developers. A main undercurrent among customers in the region is  learning how their organizations can better compete in today’s “era of more and more constrained trade.” They are concerned with “the various business outcomes that they can [achieve] to compete on a global basis,” Lim said.

Lemmens said customers in the EMEA region had similar concerns. “The question we get the most is to assume technology is changing, and assume cloud native is super important: How could you help us to leverage that and become better at that?” Lemmens said.

Specific to Europe, Lemmens said “C-levels are less tech-savvy. The CIOs are more concentrated on managing their businesses and the outcomes, rather than talking about Kubernetes,” Lemmens said.

Differences in working culture between the three continents obviously exist. In the Asia-Pacific region where Lim said half of all developers in the world are located,  a key challenge is working with often hierarchical societies and corporate structures. And yet, Lim’s concrete challenges still involved the common experiences DevOps teams face worldwide, such as breaking down silos that impede DevOps and CI/CD.

While “breaking through the functional silos,” Lim also said “we’re getting a lot of success. We’re seeing more and more traction.”