Developers can make money from their APIs but they need the supporting infrastructure for payments, according to Kong CTO Marco Palladino.
Sep 1st, 2022 1:04pm by Loraine Lawson 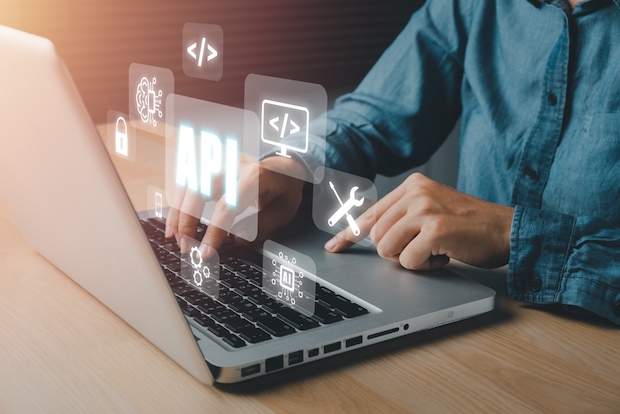 Developers are often the consumers of APIs — but where many developers struggle is monetizing their own APIs, according to Marco Palladino, co-founder and chief technology officer for API gateway provider Kong.

It’s something API-first companies such as Twilio and Stripe have proven can be done, Palladino added.

”They really validate and demonstrate that APIs are, indeed, a monetizable interface. The customers of APIs are not the business people that would pay for an interface or graphical interface, they are the developers who want to integrate in a programmable way with these third-party APIs.”

In 2010, Palladino co-founded Mashape in 2010 with Augusto Marietti, who also co-founded Kong and serves as its CEO. Mashape became the largest API marketplace and was acquired by RapidAPI in 2017. From there, they founded Kong, Palladino said, because they saw the growing need for API management.

He’s seen two models emerge for monetizing APIs: a subscription model, or a pay-as-you-call model. Often, subscription models are tiered by the volume of API calls. Supporting that requires some sort of API infrastructure, he said.

“One of the biggest challenges for API monetization is making sure that there is enough observability and analytics in place so that the customers know, at any given time, how much consumption they’re doing, and they are not surprised if they get a large bill down the road,” Palladino said. “The challenge for the API providers is to make sure that if somebody does a large number of requests, they are going to be able to charge for it.”

For instance, problems can arise when someone pays with a credit card, uses the API and then at the end of the payment cycle, the card won’t accept the charge, he said.

That leads to a third model for payment: Paying prepayment credits into the platform (much like, say, the Starbucks app requires).

“As a provider, I spent lots of money serving those requests,” Palladino said. “So we’re seeing many API companies that instead of having a pay as you go, or charge as you go model, they require prepayment — a prepayment of credits into the platform in such a way that should it go low enough, automatically, we can refill that account.”

Once it goes to zero, no more service until the account is pre-paid again — just like the Starbucks app.

APIs are key to the expansion of the digital economy, according to IT research firm Gartner in its 2021 “Magic Quadrant for Full Life Cycle API Management.”

“APIs play a crucial role in enabling digitization. They provide the foundation for modernization and help organizations build successful business ecosystems,” the report stated. “The number of APIs within organizations is growing rapidly in IT departments and in lines of business. APIs form the connection points between platforms and ecosystems.”

API management platforms such as Kong provide that supporting infrastructure for APIs. Out of the more than 70 vendors the IT research firm monitors in this market, it ranked Kong as a leader in this space, along with Google, MuleSoft, IBM, Axway, Software AG and Microsoft. Amazon Web Services ranked as a challenger, while visionaries included Tyk, Postman and WSO2. Gartner placed Boomi, Broadcom, Red Hat, SAP, SmartBear and TIBCO Software in the niche player quadrant.

Kong offers Kong Konnect, which includes Kong Gateway, based on NGINX with the OpenResty plug-in; the Kong Developer Portal; and the Insomnia tool for API design and testing, according to Gartner. Kong takes a “developer-focused, ‘less is more’ approach” that makes it attractive to customers wary of complexity, Gartner wrote — although the research noted that its fee-per-service defined rates “may be confusing to customers and potentially limit the APIs that they define.”

More APIs are being deployed internally, too, making API management one of the “key components of successful business-driven automation initiatives,” Gartner found.

While a study by Postman found that APIs are primarily leveraged by full stack and backend developers, frontend developers should be aware of APIs and their supporting infrastructure as well, Postman’s chief evangelist, Kin Lane, told The New Stack.

“If you want more consistency, more stability, more reliability and less redundancy across your operations, when frontend developers are building something, they should have some awareness of API strategy, API governance, [and] they should be collaborating and aware of that,” Lane said. “They should be aware of it so they’re not building redundant APIs just ad hoc for one single app.”

Loraine Lawson is a veteran technology reporter who has covered technology issues from data integration to security for 25 years. Before joining The New Stack, she served as the editor of the banking technology site, Bank Automation News. She has...
Read more from Loraine Lawson
SHARE THIS STORY
RELATED STORIES
State of the API: Monetizing API Deployment Is on the Rise Improve the Quality of Your APIs with Spectral Linting Platform Engineering in 2023: Dev First, Collaboration and APIs 5 Software Security Goals All CTOs Should Prioritize What Is APIOps? (In Less than 500 Words)
AWS, Red Hat and WSO2 are sponsors of The New Stack.
TNS owner Insight Partners is an investor in: The New Stack, Postman.
SHARE THIS STORY
RELATED STORIES
Not All Superheroes Monitor APIs. Here Is Why They Should Here’s How to Tame Your API Sprawl — and Why You Should What Is APIOps? (In Less than 500 Words) How to Handle Sessions with Cookies and Tokens  Building Access Permissions into Your API
THE NEW STACK UPDATE A newsletter digest of the week’s most important stories & analyses.
The New stack does not sell your information or share it with unaffiliated third parties. By continuing, you agree to our Terms of Use and Privacy Policy.