2019-12-10 13:51:11
How Do Organizations Get the Support They Need for Open Source?
contributed,sponsored,
Software Development / Sponsored / Contributed

How Do Organizations Get the Support They Need for Open Source? 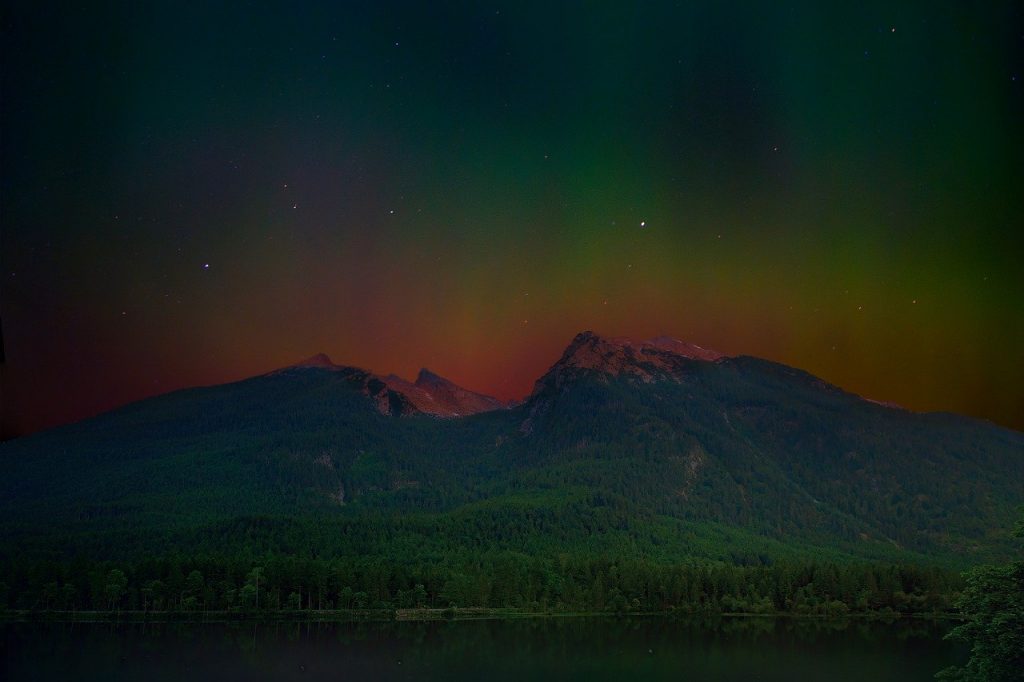 In June of 2019, Tidelift and The New Stack jointly fielded a survey of professional software developers. Almost 400 people responded with thoughts about how they use open source software today, what holds them back, and what tools and strategies would help them use it even more effectively. In particular, with this survey we were interested in learning how a managed open source strategy might help developers reclaim time, speed up development, and reduce risk.

In this post, we share the seventh of eight key findings. If you want to see all of the results in one place, you can download the full survey report right now at the link below.

Finding #7: Almost half of organizations have policies requiring commercial support for the software they use.

It’s the age-old managerial objection to using open source: “But who are we going to call when something breaks?” While in the early days of open source, this was a common refrain with the suit-and-tie crowd. Now, thanks to companies like Red Hat, Elastic and Cloudera, which provide enterprise-class support and assurances for open source, this objection has become much less common with some heavily used open source projects.

Yet, for the vast majority of open source components used to build applications, there is no commercial organization backing them up. We wanted to learn more about how larger organizations handle this conundrum. Are they required to have a vendor backing up all of their open source dependencies? Or do they self-support and take on the risk themselves? 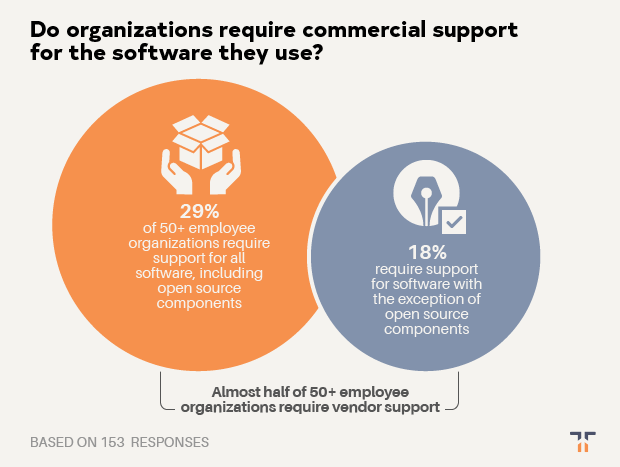 Tidelift makes open source work better — for everyone. Through the Tidelift Subscription and in direct partnership with maintainers, Tidelift is a single source for proactively managed open source components and professional assurances around those components.

The likely answer is that it is because developers don’t have to go through a traditional procurement process to download freely available open source components, skipping their legal and procurement departments entirely by installing a package at the command line. Where procurement doesn’t have a mechanism to pay, they cannot limit usage.

Almost one-half of organizations with more than 50 employees require some sort of commercial support option for the software they use.

Is this OK? At some point, this lack of oversight might come back to haunt these organizations, as it has for companies like Equifax.

One other possible explanation is that these companies aren’t yet aware of any option that will give them support and assurances for the open source components that aren’t backed by large commercial open source vendors. Even if they have a checkbook in hand, they don’t know who to pay.