How Fission.io Brings Serverless to Kubernetes 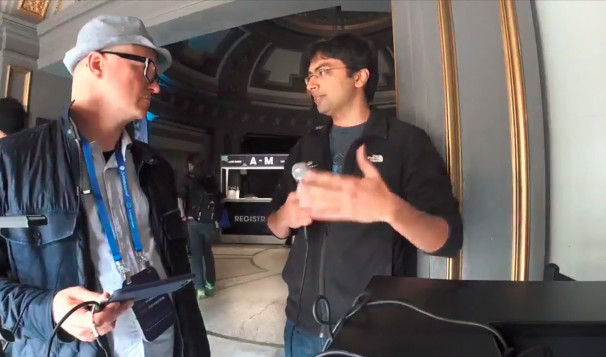 Serverless has grown to become more than just Amazon Lambda. Today, there are dozens of different serverless platforms, from inside the clouds, to those that are designed to run inside a data center, to those that run in Kubernetes. That last batch is where the most interest has concentrated over the past year, and now even more so with the announcement of Knative as a project designed to smooth the Serverless experience on Kubernetes.

At Serverlessconf in San Francisco last week, we caught up with Soam Vasani, the creator of Fission.io, a serverless framework for Kubernetes. He began the project in late 2016, and said that it has become a popular Function-as-a-Service system for Kubernetes users. The project was created at Platform9 to help make their customers more productive on the very first day they installed their own Kubernetes cluster. “You can build functions the same way you do, for example, on AWS Lambda, but you can run them anywhere on any Kubernetes cluster,” said Vasani.

Vasani said that offering customers a way to use functions gave them a quicker path to comprehending the massive mind-shift associated with moving into a container-based environment. “The sheer number of concepts you have to learn for the container ecosystem was pretty large, and still is,” said Vasani. “It’s growing with time. Concepts such as deployments, services, image registries, the management of versions, how you make changes. What’s the whole flow from your laptop to the container cluster? Even today as someone who is getting into the system; that’s an area where every single user has to build it by themselves, so the ecosystem remains a some-assembly-required solution.”

Vasani and the Platform9 team built Fission as a way to break down those complex concepts, and to provide an easier way to begin working with the container way of life. Developers can use Fission to quickly build the types of applications they need to keep their entire systems running. “You have functions, environments, and triggers. Those are the concepts need. If you learn these three, it gives you what you need, and you’re ready to build on Fission,” said Vasani. “We have all-in-one tooling to take you from your source code on your laptop to do builds on your cluster, to deploy them, and to monitor your cluster. We have integrations with monitoring systems and Istio, and log aggregation systems, so you get an opinionated little stack for your functions.”