Hachyderm.io, from Side Project to 38,000+ Users and Counting

How a self-hosted social media network aimed at the tech community dealt with a sudden wave of users fleeing Twitter's takeover by Elon Musk.
Dec 22nd, 2022 1:54pm by Heather Joslyn 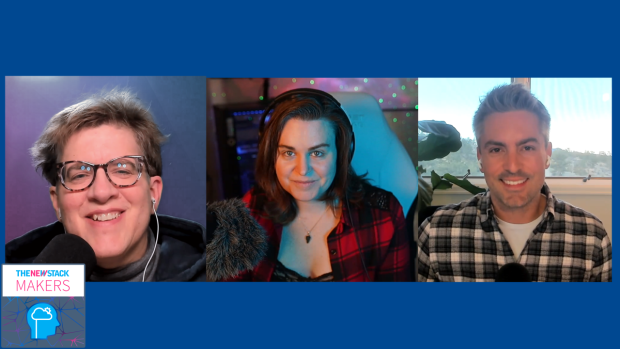 Back in April, Kris Nóva, now principal engineer at GitHub, started creating a server on Mastodon as a side project in her basement lab.

Then in late October, Elon Musk bought Twitter for an eye-watering $44 billion, and began cutting thousands of jobs at the social media giant and making changes that alienated longtime users.

Hachyderm.io, from Side Project to 38,000+ Users and Counting

And over the next few weeks, usage of Nóva’s hobby site, Hachyderm.io, exploded.

Though the rate at which new users are joining Hachyderm has slowed down in recent days, Nóva said, it stood at more than 38,000 users as of Dec. 20.

Hachyderm.io is still run by a handful of volunteers, who also handle content moderation. Nóva is now seeking nonprofit status for it with the U.S. Internal Revenue Service, with intentions of building a new organization around Hachyderm.

This episode of Makers, hosted by Heather Joslyn, TNS features editor, recounts Hachyderm’s origins and the challenges involved in scaling it as Twitter users from the tech community gravitated to it.

Nóva and Joslyn were joined by Gabe Monroy, chief product officer at DigitalOcean, which has helped Hachyderm cope with the technical demands of its growth spurt.

Suddenly having a social media network to “babysit” brings numerous challenges, including the technical issues involved in a rapid scale-up. Monroy and Nóva worked on Kubernetes projects when both were employed at Microsoft, “so we’re all about that horizontal distribution life.” But the Mastodon application’s structure proved confounding.

“Here I am operating a Ruby on Rails monolith that’s designed to be vertically scaled on a single piece of hardware,” Nóva said. “And we’re trying to break that apart and run that horizontally across the rack behind me. So we got into a lot of trouble very early on by just taking the service itself and starting to decompose it into microservices.”

Storage also rapidly became an issue. “We had some non-enterprise but consumer-grade SSDs. And we were doing on the order of millions of reads and writes per day, just keeping the Postgres database online. And that was causing cascading failures and cascading outages across our distributed footprint, just because our Postgres service couldn’t keep up.”

DigitalOcean helped with the storage issues; the site now uses a data center in Germany, whose servers DigitalOcean manages. (Previously, its servers had been living in Nóva’s basement lab.)

Monroy, longtime friends with Nóva, was an early Hachyderm user and reached out when he noticed problems on the site, such as when he had difficulty posting videos and noticed other people complaining about similar problems.

“This is a ‘success failure’ in the making here, the scale of this is sort of overwhelming,” Monroy said. “So I just texted Nóva, ‘Hey, what’s going on? Anything I could do to help?’

“In the community, we like to talk about the concept of HugOps, right? When people are having issues on this stuff, you reach out, try and help. You give a hug. And so, that was all I did. Nóva is very crisp and clear: This is what I got going on. These are the issues. These are the areas where you could help.”

Sustaining ‘the NPR of Social Media’

One challenge in particular has nudged Nóva to seek nonprofit status: operating costs.

“Right now, I’m able to just kind of like eat the cost myself,” she said. “I operate a Twitch stream, and we’re taking the proceeds of that and putting it towards operating service.” But that, she acknowledges, won’t be sustainable as Hachyderm grows.

“The whole goal of it, as far as I’m concerned, is to keep it as sustainable as possible,” Nóva said. “So that we’re not having to offset the operating costs with ads or marketing or product marketing. We can just try to keep it as neutral and, frankly, boring as possible — the NPR of social media, if you could imagine such a thing.”

Check out the full episode for more details on how Hachyderm is scaling and plans for its future, and Nóva and Monroy’s thoughts about the status of Twitter.

Heather Joslyn is features editor of The New Stack, with a special interest in management and careers issues that are relevant to software developers and engineers. She previously worked as editor-in-chief of Container Solutions, a Cloud Native consulting company, and as...
Read more from Heather Joslyn
SHARE THIS STORY
RELATED STORIES
How New Sony AI Chip Turns Video into Real-Time Retail Data A Platform Team Product Manager Determines DevOps Success 2023 Web Tech Check-in: React Performance, PWAs, iOS Browsers Snack Stack: Turning Winter Comfort Food up to 11 FAA Flight Cancellations: A Lesson in Application Resiliency
TNS owner Insight Partners is an investor in: The New Stack.
SHARE THIS STORY
RELATED STORIES
Test Automation Tools Unite! Qlik Plans to Acquire Talend. Is it a Data Management Double-Dip? OpenSSF Aimed to Stem Open Source Security Problems in 2022 A Platform Team Product Manager Determines DevOps Success How to Get Started Filling 3.4 Million Cybersecurity Jobs
THE NEW STACK UPDATE A newsletter digest of the week’s most important stories & analyses.
The New stack does not sell your information or share it with unaffiliated third parties. By continuing, you agree to our Terms of Use and Privacy Policy.