As the World Series looms, it's time to ask: If the robo-umpires piloted in the minor leagues move to the majors, will the fun of arguing about bad calls be sacrificed for accuracy?
Oct 24th, 2021 6:00am by David Cassel 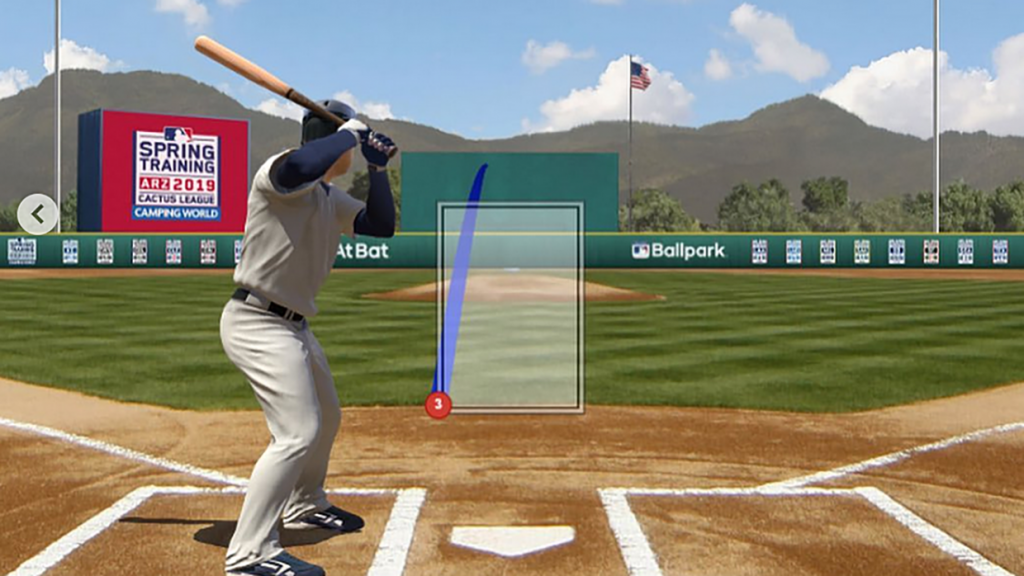 “You’re out,” gestured umpire Gabe Morales, in a now-infamous call against San Francisco Giants infielder Wilmer Flores — prematurely ending both the game and the season for what had been 2021’s best team. (During the 2021 season the Giants had won 107 games while losing just 55.)

And baseball fans grumbled — as they do …

Asked if he still thought he made the right call, crew chief Ted Barrett answered: “Yeah, no, we, yeah, yeah, he doesn’t want to say.”

With the World Series beginning on Tuesday, some fans have now begun asking whether it’s time to replace those fallible human umpires with machines. But as our technology progresses and our artificial intelligence (AI) improves, several smaller leagues — and even several other sports — have already begun experimenting with automated officiating. And it turns out the state of our technology is just one consideration.

These test runs have given us a glimpse at a unique moment in history, and a fascinating opportunity to answer what’s really the ultimate question: When machines finally also came to the sport of baseball — how did the humans react?

In a recent article titled “Invasion of the Robot Umpires,” The New Yorker points out that soccer already has Video Assistant Referees. And this past February, in the sport of tennis, the Australian Open replaced human line judges with Hawk-Eye Live, which ESPN described as “a complex vision system where computer-linked cameras are used to track the trajectory of a ball to determine whether it was in or out, as well as catching foot faults.”

Naomi Osaka, who went on to win the women’s singles event, acknowledged to ESPN that “I don’t mind it at all. It saves me the trouble of attempting to challenge or thinking about, ‘Did they call it correctly or not?’ It actually gets me really focused.”

The automated system did appear to get at least one call wrong in the Australian Open — but in May,  the U.S. Tennis Association switched to the same for this year’s U.S. Open. (The Washington Post noted that this eliminates the challenges players used to demand, because “there’s no point going to the same system to overturn the system you just disagreed with.”)

And even John McEnroe, the former tennis champion perhaps most famous for arguing with line judges, seemed to approve of the technology. Now an ESPN analyst, he’s quoted as saying he “could have focused” and “would have won more” if they’d had the technology during his heyday in the 1980s.

Maybe we’d miss the spectacle of McEnroe’s outrage — but McEnroe himself says that when it comes to automated line judges, “Pop the champagne! No linesmen. Get used to it! This is the wave of the future.”

The words “out” and “fault” were now recordings — though, in a nice touch, the 12-camera system used recordings made by eight emergency service workers who had been chosen for the special honor, according to The Sydney Morning Herald. And the automation company’s director of tennis later told suggested to the newspaper that, one day, financially struggling tournament organizers could replace the calls with the names of sponsors; instead of hearing the word out, the director noted, “You could have ‘Ralph Lauren’ being shouted out.”

So what happened when all this new-fangled technology came to the unpredictably human sport of baseball?

In 2019, TrackMan robo-umpires were tested in the home stadium for two teams in the off-season Arizona Fall League — the colorfully named Salt River Rafters and the Scottsdale Scorpions.

“The pitch tracking system at the ballpark reads the pitch, then software determines whether the pitch crossed through any part of the strike zone, which adjusts to the height of each player,” explained an officious 2019 press release from Major League Baseball. The Washington Post reported the idea as “essentially, a set of highly placed and well-programmed cameras.”

A human umpire then simply repeats what the machine told him to say — although even that led to technical difficulties, recalled CBS Sports.

When Atlantic League umpires tried getting the calls using Apple Airpod headphones, CBS reported, “they kept encountering issues with low battery life before the game was over.”

The New Yorker describes this charade as “playacting their former roles,” since the calls are really being made by “a large black pizza box with one glowing green eye,” mounted on the stadium roof somewhere behind home plate.

This all didn’t sit well with 59-year-old Frank Viola, a former All-Star pitcher who is now the pitching coach of the High Point Rockers. Viola didn’t make it through the first inning of the first robo-umpired game, according to CBS Sports: “Viola wanted umpire Tim Detweiler to overrule some close calls. Detweiler declined, and things snowballed from there.”

Detweiler threw his clipboard, stormed the field toward the umpire, and shouted some harsh words which, according to one video’s captions, were “Do your *** job.”

Baseball Commissioner Rob Manfred later said at the start of the 2020 season that “We believe over the long haul it’s going to be more accurate. It will reduce controversy in the game and be good for the game.

Though the testing leagues had switched to a different set of technologies, later in the interview Manfred claimed that “We think it’s more accurate than a human being standing there.”

A year later Viola, unappeased, grumbled to The New Yorker that “Manfred is a lawyer.”

The article at MLB.com also included a montage of the thoughtful reactions from actual players who’d experienced robo-umpired games — and who gave that first system some mixed reviews.

For instance, minor leaguer Royce Lewis had applauded its calls on whether a pitch was too far to the left or right of the strike zone, saying they were “pretty well done.”

But what about a dropping curveball, which just nicks the top or bottom of the strike zone? Though that also meets the technical definition of a strike, umpires traditionally haven’t considered it one, MLB’s article pointed out. “I think that’s some of the things that need adjusting,” Lewis said

And after striking out on one such almost-in-the-dirt pitch, outfielder Jacob Heyward had still argued with the umpire over the call — and was also ejected from the game.

Yet another clip shows what happened when another player glowered at the umpire over a called third strike. The umpire simply pointed to his headpiece, then shrugged his shoulders.

But significantly, pitcher Ashton Goodeau said there were also just flat-out disagreements betweens humans and the machine. “There’s some pitches where our catcher will make a comment to the umpire. Like, ‘I think that was a strike,’ and even the umpire will agree.”

So how did the umpires feel about their new automated officiating partners? Early in the 2019 Atlantic League season, umpire Freddie DeJesus told CBS Sports, “it’s great.” DeJesus called it “a great opportunity and it’s good for the game,” seeing it as a possibility for all Major League ballparks someday. (CBS Sports added that after DeJesus umpired the first game using TrackMan technology, “His earpiece was requested by the National Baseball Hall of Fame Museum, and now resides in Cooperstown.”)

And this August found DeJesus still relaying more TrackMan calls as the umpire in a game for the Long Island Ducks. After one game he told The New Yorker, “There were six calls that I disagreed with.” But what was even more interesting is that after those calls, no one ran out of the dugouts to argue with him. “I miss the battles,” he said.

As the New Yorker puts it, “arguments are like stock-car wrecks: grotesque, morally indefensible, and the thing a lot of people secretly root for.” (Though they also remember that, back in the 19th century, “A handful of early umpires were killed.”)

Even DeJesus told the magazine that the first time he’d heard about the automated balls and strikes calls, “I was very angry.” Over time, however, he’d had to admit the system was better at umpiring than he was.

The Atlantic League’s president also told The New Yorker that early on, rather than parrot back the system’s calls, “We had some umpires go rogue,” meaning they instead shouted out their own calls.

But are automated umpires also shielding their human counterparts from the shame of mistakes? In 2017, after a game-ending strike call, Chicago Cubs Manager Joe Maddon said he felt sorry for umpire Mark Wegner for having to live with that mistake for the rest of his life.

“I really know Mark knows he messed it up,” the manager told ESPN. “I don’t think anyone feels worse than he does right now. It was a ball, obviously.” And the called-out player (former World Series MVP Ben Zobrist) added “he’s probably going to look at it and not be too happy with himself.”

Zobrist — a long-time advocate for robo-umpires — makes the case for them succinctly to ESPN: “Now that we have the technology, we should probably get it right.” 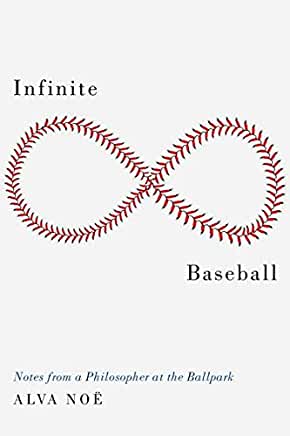 Alva Noë, the philosophy professor who wrote “Infinite Baseball: Notes from a Philosopher at the Ballpark,” tells the New Yorker there’s a larger trend. “This is part of a movement to use algorithms to take the hard choices of living out of life.”

Noë ultimately sees it as a dispute over the nature of objectivity itself, premised on the contention that all answers can be known, if not reduced to mathematical equations, based on measurable physical cues.

And the Washington Post asked the ultimate question: would fans really be pleased and contented with the extra accuracy? Or is there another possibility — that the all-too-human subjectivity is “what makes the public realm, or at least baseball, a dynamic and interesting place.”

“The Flores checked swing, in other words, gets at the question that stretches across much of innovation: Just because we could, does that mean we should?”

Or, as Newsday columnist argued this week, “Errors are part of the game — Earth to Baseball! — and why we love it so. Has this escaped the people in charge?”