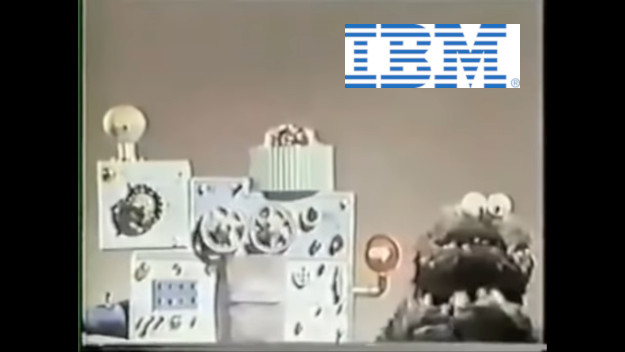 When people talk about corporate culture, there’s one company whose efforts were legendary. For more than a century IBM has pioneered not only technologies but also innovative ways to energize its own workforce. 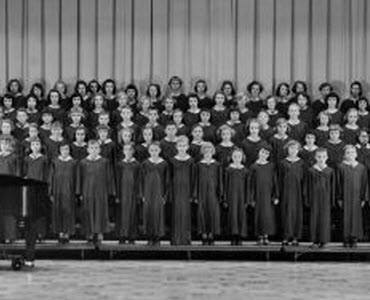 Back in 1915, IBM co-founder Thomas J. Watson was encouraging employees at one of IBM’s predecessor companies — the International Time Recording Company — to form a band to perform at a company convention. By 1918 it had grown into a concert band, and by 1934 there was even an IBM orchestra and glee club.

For decades music played a role in IBM’s efforts to boost morale. In 1938 orchestral composer Vittorio Giannini wrote the IBM Symphony for the dedication of the IBM World Headquarters Building. And by 1951 there was an IBM children’s choir for the company’s branch in Endicott, New York.

The official IBM Archives page even shares a recording of the IBM Rally Song, “Ever Onward” (“There’s a thrill in store for all, For we’re about to toast the corporation that we represent…”). In 2001 one IBM employee spliced it into a commemorative video:

There’s something undeniably nostalgic about the unbounded optimism in these long-ago lyrics.

“We’ve fought our way through, and new fields we’re sure to conquer too, for the EVER ONWARD I. B. M”

It was just one song in a larger company songbook, remembers a 2014 article in Ars Technica — with many songs offering alternate lyrics to popular tunes. “Happy Days Are Here Again” became “Happy Men of IBM”, and there was also an alternate version of “Auld Lang Syne” — dedicated to IBM’s revered co-founder Thomas Watson, with the lines: “You’ve brought us through to victory, with leadership that’s prime. We’ll always love and honor you, for the sake of Auld Lang Syne.”

Reportedly the songs were written by employees — and their loyalty was unmistakable. “Pack up your troubles in your old Kitbag” became “Pack up our troubles, Mr. Watson’s here! And smile, smile smile.”

Ars notes that “the majority of the songs came out of the Great Depression era, and employees lucky enough to be steadfastly employed by a company like IBM often were really that grateful…” A 2004 article in Network World interviewed Bob Djurdjevic, president of market research firm Annex Research, who pointed out that workers at IBM “didn’t have that kind of job security anywhere else in America.”

Even Ars Technica acknowledges that “The idea of singing songs in praise of an employer today seems patently crazy — but also, sadly, is the idea of working somewhere for 30 years and retiring with full benefits.”

Eventually, the music stopped, according to the official IBM Archives pages. “As social conventions changed in more recent years, IBMers put away the songbook, the IBM Band played its last notes and outdoor IBM concerts went the way of fedoras, rumble seats and hula hoops. ”

But there were still more attempts at corporate fun waiting in IBM’s future — and more creative waves to energize their workforce.

Send in the Muppets

In 2010 Technologizer, the site founded by Fast Company editor Harry McCracken, remembered how back in 1966, IBM hired Jim Henson to produce a series of humorous short in-house films for their sales staff.

Just three years before launching Sesame Street, 30-year-old Henson began producing the short films, which he continued through 1976. For most of them, Henson was both the primary director and the primary puppeteer. Also involved were his long-time collaborators, puppeteer Frank Oz and writer Jerry Juhl.

“Little known today, these remain fresh, funny, and surprisingly irreverent,” wrote Andrew Leal, an administrator for the Muppet Wiki. Some films were humorous shorts meant to be an engaging opening — or to lead into a break.

At this moment in time the Muppets were just beginning to become rising stars, having already appeared in a few commercials, and even in guest appearances on some TV shows. This meant that IBM employees were treated to the world’s very first solo appearance of the Cookie Monster — and a message for our times.

Technologizer notes that this short “displays an ambivalent attitude towards technology, showing it as complicated, seemingly pointless, and likely to self-destruct.

“Not a message one would expect from IBM, but it shows that the company — despite its reputations as a pretty button-downed place — had a corporate ability to laugh at itself.”

One longer 10-minute film shows the adventures of Rowlf the Dog, recently hired into IBM’s sales department, as well as cameos from actual IBM employees like head of OPD sales Jack Meyers. (“Whaddaya mean, we hired a dog?”)

And this being the 1960s, one coffee break film even imagined an IBM electric guitar, said to be coming to the company’s new HPD group — the Hippy Products Division. (“Machines should work. People should groove.”)

Henson’s company eventually moved beyond IBM, and starting in 1975 and began selling “Muppet Meeting Films” elsewhere, leading in the 1980s to a profile on “Entertainment Tonight” which says the films were used by “most” Fortune 500 companies.

“While they do not teach or advise, they do help motivate by poking fun at some of the routines of corporate life.”

Technologizer notes that IBM’s “film honcho” David Lazer actually switched teams, joining Henson’s production company, where he became the producer for both their syndicated TV show (“The Muppet Show”) and feature-length theatrical movies, including “The Muppet Movie” and “The Great Muppet Caper.” The Muppet Wiki also reports that after the sudden death of Jim Henson in 1990, Lazer “came out of semi-retirement to serve as acting CEO of Henson Associates.”

And that he was the basis for a muppet known as “The Company Man” in the films Henson’s crew produced for other companies after IBM.

Retention in the Age of AI

Times have changed, and instead of resorting to songs and puppets, this week IBM boasted that it’s developed an AI that can predict with 95% accuracy which employees are about to quit.

CNBC reports that the company’s HR department now has a patent for its Watson-based “predictive attrition program,” and CEO Ginni Rometty estimates that it’s already saved the company $300 million.

CNBC adds that “cloud services and other modernization” have now allowed IBM to eliminate 30% of its human resources jobs — which apparently includes some career guidance features. “By better understanding data patterns and adjacent skills, IBM AI can zero in on an individual’s strengths,” CNBC reports. “In turn, this can enable a manager to direct an employee to future opportunities they may not have seen using traditional methods.”

It considers, for example, which tasks the employees are completing and what educational courses they’ve taken, which is said to be more accurate than subjective manager assessments.

"HR should be the role model," @IBM's Ginni Rometty shares at #CNBCatWork. HR can set the stage for "changing the way work is done, using AI, putting skills at the center." When workplace happiness is so dependent upon trust & transparency on skills needed, HR is key. #CNBCatWork pic.twitter.com/UnawKBCeP5

“IBM employees no longer need to decipher which programs will help them upskill,” CNBC reports. “Its AI suggests to each employee what they should be learning in order to get ahead in their career.”

Though I imagine some employees may be nostalgic for the days when the company entertained them with songs and puppets.

SHARE THIS STORY
RELATED STORIES
Entrepreneurship for Engineers: Building for Customers’ Love Snack Stack: Turning Winter Comfort Food up to 11 2022 in Review: AI, IT Armies, and Poems about Food Golden Paths Start with a Shift Left It Happened to Me: How I Suddenly Owed AWS $13,000...
SHARE THIS STORY
RELATED STORIES
Wellspring of Creativity: Why Public Domain Matters CES 2023: Robots, Astronauts, Schwarzenegger and Flying Cars How to Get Started Filling 3.4 Million Cybersecurity Jobs Why 'Explainable AI' Can Benefit Business A Brief DevOps History: The Road to CI/CD
THE NEW STACK UPDATE A newsletter digest of the week’s most important stories & analyses.
The New stack does not sell your information or share it with unaffiliated third parties. By continuing, you agree to our Terms of Use and Privacy Policy.