How the Kubernetes Certification Ensures Interoperability 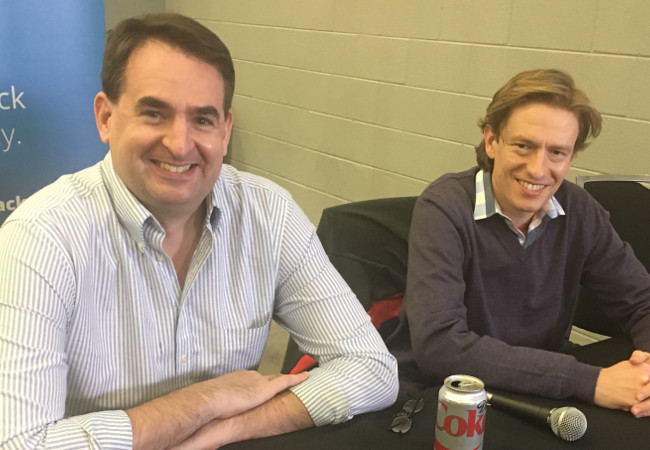 Dan Kohn, executive director of the Cloud Native Computing Foundation, has called the launch of the new Kubernetes service provider certification program the most significant announcement yet made by the Foundation around the open source container orchestration engine.

On this new episode of The New Stack Makers from KubeCon + CloudNativeCon 2017, we’ll learn more from Kohn and William Denniss, a product manager at Google, about how the program can help ensure interoperability and why that’s so important.

Denniss noted that avoiding vendor lock-in is a key reason people want to use Kubernetes, with a focus on abstracting away from the infrastructure they are using. The conformance program, he went on to explain, is a way people can certify their workload as being interoperable across Kubernetes providers. “The goal of the program is to provide that predictability, that if my workload runs on certified Kubernetes, it should run on any Kubernetes provider.”

Denniss then went on to highlight that the certification also comes with upgrade guarantees, “One of the things about Kubernetes is that it moves really fast […] We don’t want the entire world to be stuck on Kubernetes 1.5 while we’re releasing 1.9. The conformance program requires that people stay up to date, so users can optionally take advantage of all those new features the community is working on.”

So far, 42 vendors and software distributions have signed up for the certification platform, and are currently working on completing it, Kohn went on to explain. Each company certifies themselves, with Kohn noting that, “Any user can come along later and run those exact same tests, and confirm that that platform is living up to their needs.”

“This is unusual in that the validation is almost crowd-sourced,” he added.

Open How Kubernetes Certifiction Works to Ensure Interoperability on YouTube.


The Cloud Native Computing Foundation sponsored this podcast. Google is a sponsor of The New Stack.