How Many Nodes for Your Kubernetes Control Plane?

It’s not quite as simple as “more is better.” Too few nodes and you may be stuck with a inoperable system, but too many nodes will spike latency. Here's the ultimate guide to sizing your K8s control plane.
Sep 14th, 2022 10:00am by Steve Francis 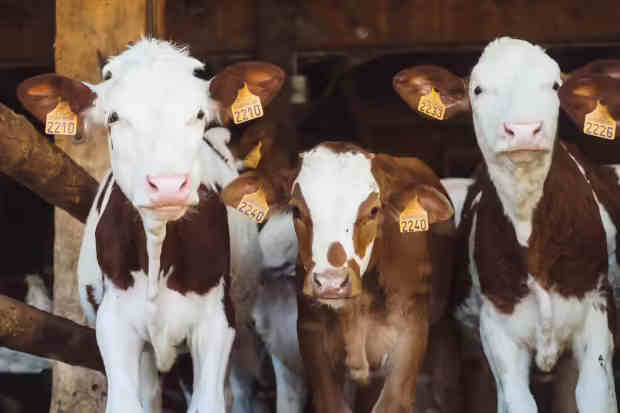 A Kubernetes cluster generally consists of two classes of nodes: workers, which run applications, and control plane nodes, which control the cluster — scheduling jobs on the workers, creating new replicas of pods when the load requires it, etc.

Without a fully functioning control plane, a cluster cannot make any changes to its current state, meaning no new pods can be scheduled. (You can schedule pods on the control plane nodes, but it is not recommended for production clusters — you do not want workload requirements to take resources from the components that make Kubernetes highly available. You also eliminate the chance that a vulnerability enables a workload to access the secrets of the control plane — which would give full access to the cluster.)

May the Odds Be Ever in Your Favor

It’s not quite as simple as “more is better.” One of the functions of the control plane is to provide the datastore used for the configuration of Kubernetes itself. This information is stored as key-value pairs in the etcd database. Etcd uses a quorum system, requiring that more than half the replicas are available before committing any updates to the database. So a two-node control plane requires not just one node to be available, but both the nodes (as the integer that is “more than half” of 2 is …2). That is, going from a single-node control plane to a 2-node control plane makes availability worse, not better.

In the case of a 2-node control plane, when one node can’t reach the other, it doesn’t know if the other node is dead (in which case it may be OK for this surviving node to keep doing updates to the database) or just not reachable. If both nodes are up, but can’t reach each other, and continue to perform writes, you end up with a split-brain situation.

Now the two halves of the cluster have inconsistent copies of data, with no way to reconcile them. Thus the safer situation is to lock the database and prevent further writes by any node. And, because the chance of one node dying is higher with 2 nodes than with one node (twice as high, in fact, assuming they are identical nodes) then the reliability of a 2-node control plane is worse than with a single node!

This same logic applies as the control plane nodes scale — etcd will always demand that more than half of the nodes be alive and reachable in order to have a quorum, so the database can perform updates.

Thus a general rule is to always run an odd number of nodes in your control plane.

Too Much of a Good Thing?

The etcd docs say “…an etcd cluster probably should have no more than seven nodes…. A 5-member etcd cluster can tolerate two-member failures, which is enough in most cases. Although larger clusters provide better fault tolerance, the write performance suffers because data must be replicated across more machines.”

The Kubernetes docs say “It is highly recommended to always run a static five-member etcd cluster for production Kubernetes clusters at any officially supported scale. A reasonable scaling is to upgrade a three-member cluster to a five-member one, when more reliability is desired.”

So these documents both imply scaling the etcd cluster is only for fault tolerance, not performance, and indeed, that scaling up members will reduce performance.

All tests were done using Talos Linux v1.2.0-alpha.1, which installs Kubernetes v1.24.2 and etcd version v3.5.4, using an AWS c3.4xlarge instance to run the tests from.

The tests that were run were taken from the Performance documentation of etcd, using the etcd benchmark tool:

Write to all members:

Read requests with sequential consistency only (served by any etcd member, instead of a quorum of members, in exchange for possibly serving stale data):

Each record shows the operations per second of 3 consecutive runs of each test, averaged:

So, for a given size of control plane machines, a 3-node cluster will give the best performance, but can only tolerate one node failing. This will be adequately engineered for most environments (assuming you have good monitoring and processes in place to deal with a failed node in a timely manner), but if your application needs to be very highly available and tolerate 2 control plane node failures simultaneously, a 5-node cluster will only incur about a 5% performance penalty.

It should be apparent by now that autoscaling of etcd clusters, in the sense of adding more nodes in response to high CPU load, is a Bad Thing. As we saw from the benchmarks, adding more nodes to the cluster will decrease performance, due to the need to synchronize updates across more members. Additionally, autoscaling also exposes you to situations where you will likely be running with an even number of cluster members, at least transiently as the scaling operations happen, thus increasing the chance of node failures impacting the availability of etcd.

“A general rule is not to scale up or down etcd clusters. Do not configure any auto-scaling groups for etcd clusters. It is highly recommended to always run a static five-member etcd cluster for production Kubernetes clusters at any officially supported scale.”

It is reasonable to use an autoscaling group to recover from the failure of a control plane node, or to replace control plane nodes with ones with more CPU power (this is what Amazon Web Services’ EKS means when talking about control pane autoscaling). However, there are some niceties that need to be observed when replacing control plane members, even failed ones — it is NOT as simple as just adding a new node!

To see why this is so, consider a simple 3-node cluster. A 3-node cluster will have a quorum of 2. If one node fails, the etcd cluster can keep working with its remaining two nodes. However, if you now add a new node to the cluster, quorum will be increased to 3, as the cluster is now a 4-node cluster, counting the down node, and we need more than half available to prevent split brain.

If the new member was misconfigured, and cannot join the cluster, you now have two failed nodes, and the cluster will be down and not recoverable. As there will only be two nodes up, and a required quorum of 3.

The key takeaway is that when an etcd member node fails, remove the failed node from etcd before attempting to replace it with a new node.

The process for enacting this is documented in the Kubernetes documentation here. However, if you are running Talos Linux, which is specifically designed as an operating system for Kubernetes, the process is significantly simpler. Talos Linux has helper functions that automate the removal of down etcd nodes:

It should also be noted that Talos Linux uses the Learner feature of etcd — all new control plane nodes join etcd as non-voting learners, until they have caught up with all transactions. This means that adding an extra node does NOT increase quorum, until the node is a reliable member, and it is then automatically promoted to a voting member. This added safety does not change the advice to remove failed nodes before adding new ones, though.

Add the New Node FIRST, Then Remove the Node to Be Replaced

To upgrade a still-functioning control plane node and replace it with a machine with more CPU or memory, the order of actions is the opposite compared to when the node has failed — add the new node first, then remove the old.

To understand why, consider the case of a 3-node etcd cluster, where you wish to upgrade a node to faster hardware. The quorum will require 2 nodes up in order for the cluster to continue processing writes.

Another approach is to add the new node first, creating a 4-node cluster, which would have a quorum of 3, then remove one node. This returns the cluster to a 3-node cluster with a quorum of 2, but during the transition, the cluster can tolerate the failure of a node.

Thus it is safer to add the new node before removing the node to be replaced, if it is operational.

The procedure to perform this is documented on the Kubernetes site here. Talos Linux again makes this easier:

“talosctl Reset” causes the node to be erased. Talos is aware when a node is a control plane node, and if so, it will gracefully leave etcd when reset.

SHARE THIS STORY
RELATED STORIES
Managing the Cost of Kubernetes Kubernetes App Deployment from the Command Line Kubernetes Needs to Take a Lesson from Portainer on Ease-of-Use MicroK8s and Portainer: The Easiest Way to Deploy an App on Kubernetes A Look at Kubernetes Deployment
Amazon Web Services is a sponsor of The New Stack.
SHARE THIS STORY
RELATED STORIES
Docker Swarm, a User-Friendly Alternative to Kubernetes Rethinking Java @Scheduled Tasks in Kubernetes Kubernetes 101: Deploy Your First Application with MicroK8s Kubernetes 101: Deploy Portainer to a MicroK8s Cluster What’s the Difference Between Kubernetes and OpenShift?
THE NEW STACK UPDATE A newsletter digest of the week’s most important stories & analyses.
The New stack does not sell your information or share it with unaffiliated third parties. By continuing, you agree to our Terms of Use and Privacy Policy.