How Microfrontends Can Restructure Development Teams

Micro frontends aren't new but they are being embraced more widely, allowing frontend teams to structure along business capabilities.
Aug 26th, 2022 9:10am by Loraine Lawson 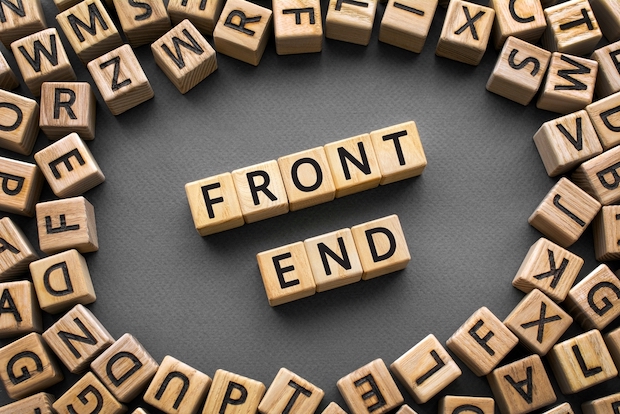 Microfrontends are not new necessarily new — the term was coined in 2016 — but the approach is gaining traction, with companies like Ikea, Netflix, and Spotify adopting it.

“These days, a lot of companies are already using microfrontends,” said Florian Rappl, a solution architect with the Munich-based development firm, Smapiot and author of The Art of Micro Frontends. “Almost everyone in the Fortune 500 is touching microfrontends, in one way or the other.”

Rappl conducted virtual presentations on microfrontends and serverless frontends during last week’s Code PaLOUsa 2022, a regional conference for developers held in Louisville, Ky. He sees microfrontends as the next evolution in web development, coming on the heels of the trend toward microservices, which thus far has primarily impacted backend development.

“Quite often, you end up with a single frontend solution,” Rappl said. “So you have all these nice decoupling and everything on the backend and on the front end, you have a monolithic architecture.”

That frontend typically is developed by one large, very central team in one large solution. That creates problems. First, the team number itself is unwieldy for sprints and is organized typically by technology or skill rather than business cross-functional business need. Second, the monolithic frontend makes releases and fixes challenging, he said.

“The downside is that deployment releases are so of course, quite large. And that means if there’s just a single hotfix to be done, it can be quite difficult, you might need to cherry-pick, you might need to go to everyone and say, ‘Hey, is your feature ready?’” he said.

“You can then share certain things like common capabilities, a library might be, for instance, a pattern library and that way, these modules already get some things out of the box, which is awesome, because they don’t need to reinvent that wheel,” he said. “They can only focus on the on the business domain that they want to cover, which is great, because at the end of the day, that’s where the money flows in.”

Microfrontends can also allow developers to deploy in different frameworks, if it’s needed, he added.

“If something wants to develop in a different framework, it shouldn’t be forbidden, right? It should be actually supported,” he said. “It doesn’t mean that it’s encouraged. You still get the best experience by you know, just relying on one or let’s say, the least amount of frontend frameworks.”

Rappl also discussed two of implementation patterns for microfrontends. The first is a server-side composition that relies on a reverse proxy to serve up the different components of the page.

“This is the true microfrontend approach,” Rappl explained in a blog post detailing microfrontend patterns. “Why? As we have seen, microfrontends have been supposed to be run server-side. As such the whole approach works independently for sure. When we have a dedicated server for each small frontend snippet we may really call this microfrontend.”

On the other end of the spectrum is client-side composition, which eliminates the need for the reverse proxy server.

“In the simplest form, this can be implemented with the use of <iframe> elements. Communication between the different parts is done via the postMessage method,” he wrote.

Startup time might be a little bit slower, but it can then this approach can be really, really fast, he said during his presentation.

“You can really have very dynamic solutions that just feel like magic, from not only a user perspective, but especially also developers perspective,” he said.

Rappl uses Piral, a framework for building portal applications and microfrontend architecture. Rappl’s presentations on microfrontends and serverless frontends are available and show a brief demonstration of how the tool can be used to create microfrontends.

Loraine Lawson is a veteran technology reporter who has covered technology issues from data integration to security for 25 years. Before joining The New Stack, she served as the editor of the banking technology site, Bank Automation News. She has...
Read more from Loraine Lawson
SHARE THIS STORY
RELATED STORIES
How to Simplify Kubernetes Updates and Reduce Risk Internal Developer Platforms Are for DevOps too Internal Developer Portal: What It Is and Why You Need One Why Test Debugging Is Crucial for the Retail Sector OpenAI, ChatGPT and the Next Age of 'Build'
SHARE THIS STORY
RELATED STORIES
Why Test Debugging Is Crucial for the Retail Sector What LaunchDarkly Learned from 'Eating Its Own Dog Food' Platform Engineering Is Not about Building Fancy UIs Why Trust and Autonomy Matter for Cloud Optimization Internal Developer Portals Can Do More than You Think
THE NEW STACK UPDATE A newsletter digest of the week’s most important stories & analyses.
The New stack does not sell your information or share it with unaffiliated third parties. By continuing, you agree to our Terms of Use and Privacy Policy.