How Much Time Do Developers Spend Actually Writing Code?

In June of 2019, Tidelift and The New Stack jointly fielded a survey of professional software developers. Almost 400 people responded with thoughts about how they use open source software today, what holds them back, and what tools and strategies would help them use it even more effectively.
Oct 15th, 2019 3:00am by Chris Grams 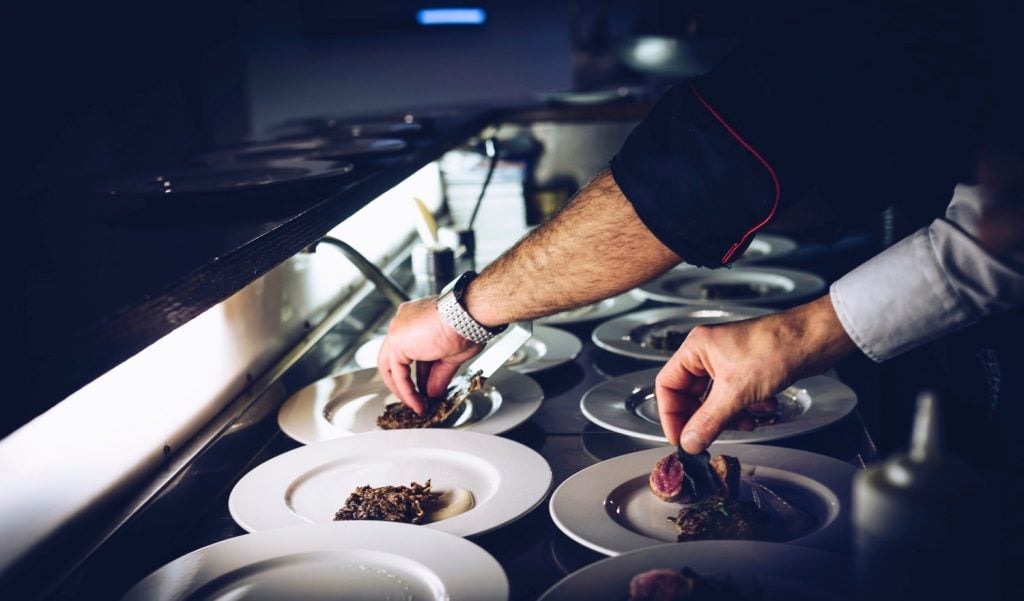 In this post, we share the third of eight key findings. If you don’t wait to wait for the rest of the results, you can download the full survey report right now at the link below.

We wanted to use this survey to get a detailed view of how developers spend their time.

We gave respondents six categories in which to bucket their time and asked them to estimate the percentage of their work invested in each category. 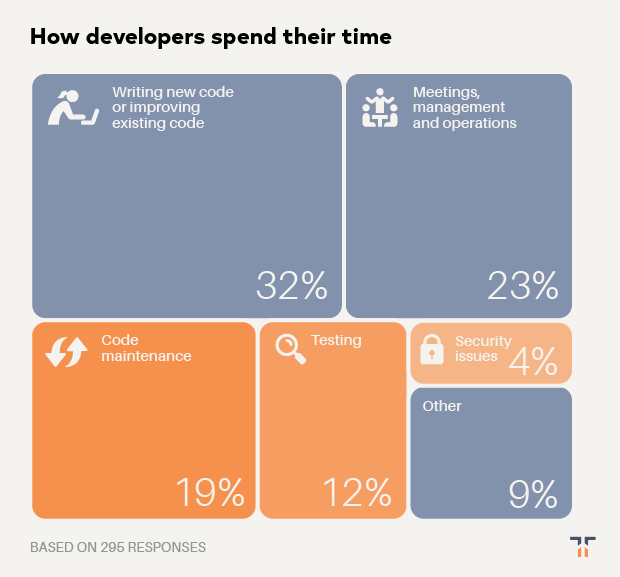 While this might not be surprising to developers, it is perhaps disheartening to see that respondents spend less than one-third of their time writing new code or improving existing code (32%). Respondents spend 35% of their time managing code, including code maintenance (19%), testing (12%) and responding to security issues (4%). Another 23% is spent in meetings and on management and operational tasks.

Respondents spend 35% of their time managing code, including code maintenance (19%), testing (12%) and responding to security issues (4%). 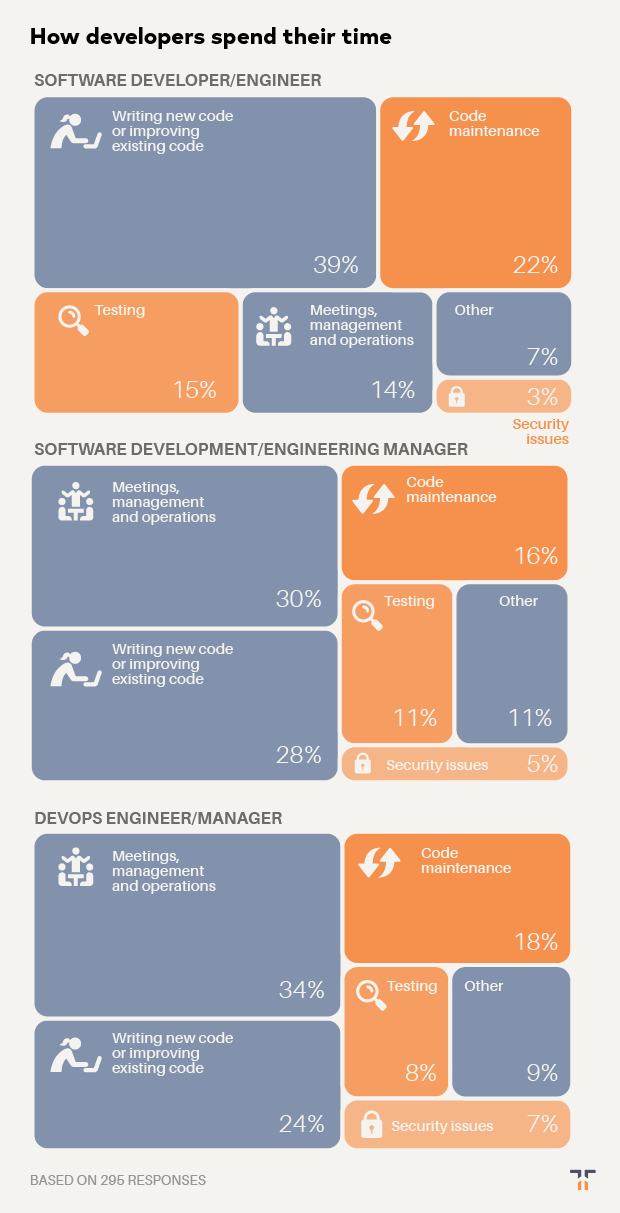 Not surprisingly, people who manage software developers spend twice as much time in meetings as do the people they supervise. DevOps engineers and managers spend even more of their time in meetings (34%), partly because they are facilitating communication between different teams. They also spend twice as much time (7%) responding to security issues, which will be of no surprise to those familiar with the DevSecOps trend.

We also asked respondents to share the percentage of the time they spend on code maintenance related to their open source dependencies. The answer is right on target with the results in a previous survey (25%). But once we look at the data by number of developers in the organization, it presents an even starker picture. In organizations with over 500 developers, the percentage of time devoted to maintenance activities rises to 32%, which might be due to maintenance issues becoming more complex as the codebase and applications get larger. 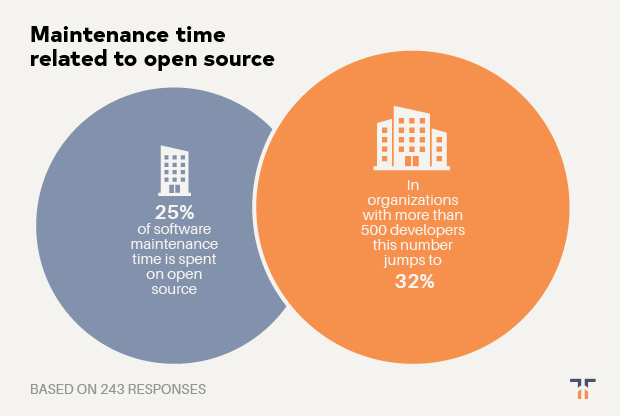 This data makes one thing very clear: there is a huge opportunity for organizations to find new ways to increase the percentage of time their developers spend writing code. What more can be done to make developers more efficient so they can spend less time on activities like code maintenance? When it comes to maintaining open source dependencies, a managed open source approach that offloads these maintenance activities to the project creators could have a big impact on returning some of that precious development time.