How Non-Blockchain Developers Can Leap To Web 3.0 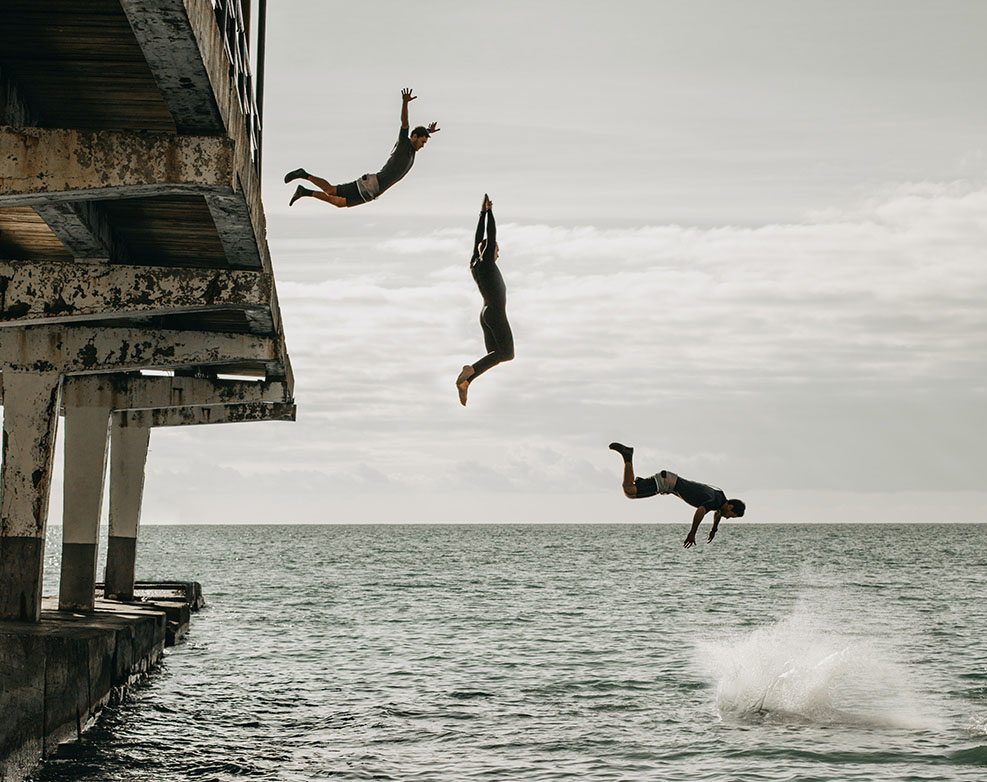 Today, an extremely centralized internet affects many aspects of our daily lives, thanks to the massive amounts of user data being controlled by a few big tech players like Facebook and Google. Things could be changing slowly, however, with the advent of blockchain technology and a growing push toward a more decentralized web, where the control of user data would be wrested from a handful of profit-seeking gatekeepers.

In the place of a socially interactive Web 2.0, as we now know the web, a nascent Web 3.0 is emerging. It’s characterized by decentralized or distributed network architectures, which would lay the groundwork for a truly open internet, where we would not have to blindly entrust our data to monopolistic corporations or get permission from them in order to participate.

This gradual shift to what could potentially be a truly free and transparent internet is no doubt an exciting prospect for many people, but it can be a steep learning curve for developers to jump from building Web 2.0 applications to learning the ropes that are necessary for creating decentralized applications, or dapps.

For instance, many dapps are being built on the Ethereum blockchain, which allows for the use of smart contracts, which eliminate the need for centralized intermediaries like banks, and help to streamline any associated financial transactions.

However, there are some disadvantages to running dapps on the Ethereum blockchain, including slow transaction speeds, high transaction costs and unsustainable energy consumption.

Building An ‘Internet of Blockchains’

More broadly, some observers also point to the current limitations of blockchain technology, including the lack of scalability, storage and interoperability between the various blockchain ecosystems. All of this has prompted a growing list of alternative solutions to tackle these problems, like proposals to build an “internet of Blockchains” that would connect separate blockchains into one interconnected whole.

“The internet of blockchains is an ever-expanding live network of interconnected sovereign blockchains,” explained Denis Fadeev, who oversees developer experience at Tendermint, a startup that builds and maintains critical state-of-the-art infrastructure for decentralized applications, and is a core contributor to Cosmos, a network of parallel, independent blockchains that aims to improve interoperability between different ecosystems.

“The network went live in 2019 with the launch of the first blockchain, the Cosmos Hub. Since then, more than 250 blockchain apps and services have joined the network and many of the largest blockchain projects, such as THORChain, Binance Chain, Terra and Crypto.org have been built using Cosmos technology. The network now secures more than $100 billion of digital assets.”

An internet of blockchains would address the issue of users being siloed into isolated blockchain ecosystems, which can sometimes force people to use centralized services or other potentially unsecured solutions to transfer valuable tokens and other assets. The Cosmos network has grown considerably in the past couple of years, especially with this year’s release of a software upgrade that enables the transmission of tokens, assets and other data between blockchains in the network.

It’s all facilitated by the use of the Inter-Blockchain Communication (IBC), a secure communications protocol designed to relay messages between various distributed blockchain ledgers without compromising their autonomy, a critical facet in the blockchain industry.

“The network is composed of blockchains that are sovereign: A blockchain may have its own validator set, governance, fees and independence from any other blockchain in the network,” said Fadeev. “Blockchains in the network are often application-specific: Each blockchain hosts one or several applications. Instead of building all apps on top of a single blockchain, apps are built and launched as independent blockchains capable of sending data between each other through IBC.”

“This network, in contrast to the systems available in the past, is both inclusive and based on open protocols that any blockchain or app can implement as well as being decentralized and not relying on a central authority, thus making the network more resilient and fault-tolerant,” added Fadeev.

Despite growing investment from mainstream players in blockchain technology, and an increasing demand for blockchain developers, there are still not enough developers with the right skills to go around. One of the biggest challenges that developers face in building blockchain apps is learning another programming language and having to adapt to different sets of libraries and tools, which has prompted some blockchain projects to take a more inclusive approach.

The stack for Cosmos, for instance, is written in Go, one of the most popular general-purpose programming languages available. In addition, there are other easy-to-use systems, like Tendermint’s Starport Network, an all-in-one platform for developers to build, launch and maintain any crypto application on a sovereign and secured blockchain that is scheduled to launch in 2021.

“Starport is one of Tendermint’s flagship products for developers,” said Fadeev. “Starport CLI is a tool for creating sovereign blockchains, generating code, scaffolding additional functionality, creating web and mobile clients, and running a blockchain node in development. Starport bridges the gap between the development of traditional web and crypto apps by taking care of generating the boilerplate code and bringing the seamless development experience to the world of blockchains. This ease of use and low barrier to entry for developers will greatly accelerate the transition to Web 3.0.”

Proposals like those being implemented by the contributors behind Cosmos make sense in the long run. Connecting disparate blockchains with a common communication protocol, while still allowing them to remain sovereign, will ultimately permit the diverse array of blockchain ecosystems to further evolve collectively.

Even other stubbornly siloed ecosystems, like those of Bitcoin and Ethereum, could be roped in with the use of decentralized, secure trustless bridges. Such shifts could help improve overall usability, convenience and lower costs.

“Blockchain interoperability is key to the sustainable growth of blockchain technology,” explained Fadeev. “The vision of Cosmos is to bridge the gap between blockchains by connecting most of them with IBC, creating a multichain future where most apps are built as sovereign chains, and all blockchains are connected. Users are in full custody of their private keys, yet the user experience rivals the one of the traditional web apps. Users know that the apps they use are powered by blockchain technology, but don’t have to think in terms of individual blockchains. For them, all there is are assets they own, services they use and an ability to transfer these assets the way they desire.”

It’s a tantalizing thought that perhaps someday, sensitive private information like health records might all be stored on the blockchain, where it can be secured and easily verified if anyone ever attempted to modify it. But the reality is that, besides interoperability, the storage of large data files on public blockchains can present problems of scalability and increased cost, due to sluggish transaction rates and access fees.

One possibility is to use decentralized storage solutions like those being offered by Protocol Labs, a distributed, open source research, development and deployment laboratory behind the Interplanetary File System (IPFS), a new hypermedia protocol and decentralized data storage system that is based on a peer-to-peer (p2p) network architecture.

“Our team has launched two products, Web3.Storage and NFT.Storage that help developers store data redundantly and make it accessible across the IPFS and Filecoin networks,” said Kadir Topal, a product manager at Protocol Labs. “We’re building APIs and services that provide a simple, Web 2.0-like abstraction for developers to store any data, but using Web 3.0 primitives that interoperate with new decentralized peer-to-peer networks in a Web 3.0-native way.”

According to Protocol Labs, the big advantage behind Web3.Storage and NFT.Storage is their ease of use relative to Web 3.0 standards, all without compromising Web 3.0 principles like transparency, openness and data ownership going back into the hands of individuals, rather than locked within central authorities or corporations.

“Our APIs and services are free and take minutes to start using,” said Protocol Labs product manager David Choi. “Even though data is moving through our API endpoints, which are somewhat centralized, users can access that data from anywhere using the data’s unique content address in IPFS. They can trustlessly verify that the data is theirs by checking that any data downloaded matches its address, and easily use other storage providers to redundantly store the data just by telling them to pin the data. They can even migrate off our service easily if it no longer suits their needs and make the data available in their new service without any downtime.”

In the end, these initiatives all point to diverse blockchain technologies gaining an increasing amount of traction in the near future, especially as various ecosystems emerge and existing ones continue to find common ground, while still maintaining their respective independence.

“The use cases for cross-chain transactions are potentially limitless and blockchains can interchange value, scaleand accommodate a larger user base,” concluded Fadeev. “The days of blockchain maximalism and the idea the one chain will emerge victoriously to rule them all are over. There will be hundreds of thousands of blockchains, each serving different application-specific use cases.”