How Non-Fungible Tokens Are Disrupting the Art World — and More 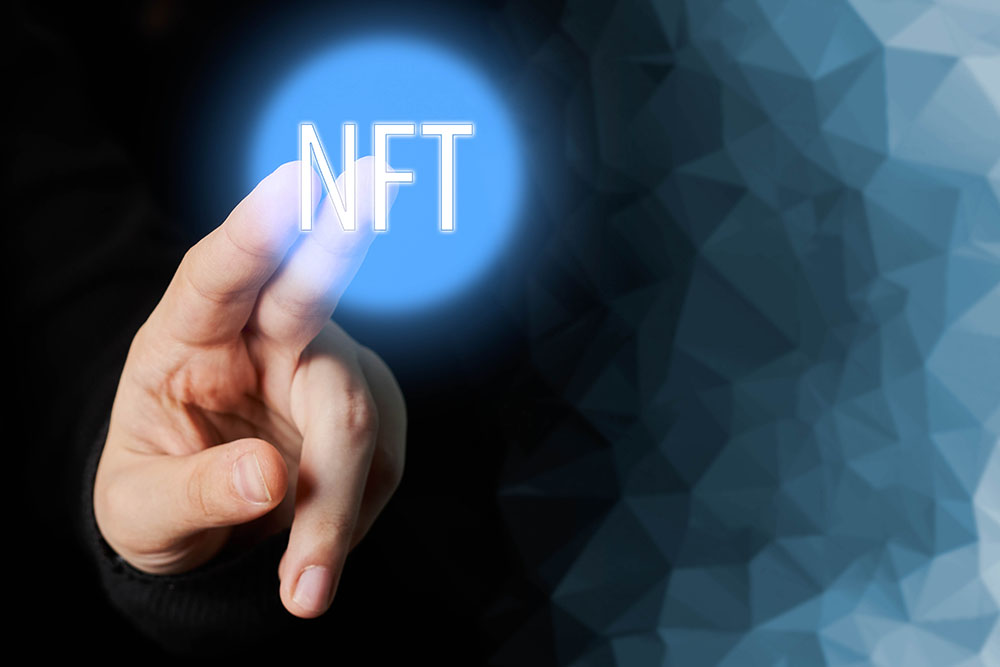 Beyond underpinning many of the world’s cryptocurrencies, blockchain technology has the potential to change the way things are done in a number of industries — whether that’s identifying counterfeit goods, building small-scale power microgrids that benefit local communities, authenticating college degrees or ensuring the safety of food products in the supply chain. The decentralized structure of blockchain means that control of the data doesn’t rest with any one individual or organization; rather, blockchain redefines trust in the sense that one doesn’t have to trust the owner or operator of the system to know that the data is secured, traceable and verifiable.

So it’s not surprising that blockchain technology is also making waves in the art world, namely through what is called non-fungible tokens (NFTs). You may have heard of NFTs thanks to the hype surrounding the recent $69 million sale of a piece of digital artwork by American artist Beeple, or Twitter founder Jack Dorsey selling the world’s first tweet as a NFT for $2.9 million, and even the NBA getting in on the NFT action.

What the Heck Are NFTs?

At a fundamental level, NFTs are cryptographic assets stored on a blockchain. Unlike cryptocurrencies like Bitcoin and Ethereum (which are fungible tokens that are therefore interchangeable), NFTs are unique digital assets that cannot be exchanged or traded at equivalency. One might also think of conventional fiat currencies like the US dollar and euro as fungible, whereas non-fungible assets could include things like real estate, creative works, or collectibles. NFTs are merely the “tokenized” versions of non-fungible assets, which means that it is a physical or virtual asset that has been converted into digital units that can then be bought and sold.

In addition, each NFT is differentiated from another NFT via a unique, non-transferable identity that’s digitally recorded in the blockchain. This feature also allows NFTs to integrate vital metadata about authorship, as well as the item’s ownership history (also known as provenance), and other important data. With history being littered with well-documented cases of profitable forgeries, being able to verify this kind of information is crucial as it can prove the authenticity of an item, therefore potentially increasing its value — something that would be a boon to artists and art collectors alike.

“Provenance and digital scarcity bring primitives that previously existed only in the physical world into the digital world,” explained Angie Maguire, head of marketing at Protocol Labs. “Both of these enable digital art to retain value proving the authenticity of a piece, as well as the uniqueness of the work. On top of this, by existing on a blockchain, these works can natively integrate with the host of tools that exist in its ecosystem. Custodian funds can sit side-by-side with custodian art pieces.”

Interestingly, the first big push that brought NFTs into the mainstream arose in 2017 from CryptoKitties, a blockchain-based game that permitted users to buy, collect, breed and sell one-of-a-kind virtual cats — the highest of which sold for approximately 253 Ether (equivalent to USD $164,000). As one of the first “leisure” use cases of blockchain technology, the CryptoKitties project demonstrated the potential of NFTs to change the way collectibles are created and sold —  and why prices for some NFTs increase the way they do.

As Devin Finzer, CEO of the NFT marketplace Open Sea puts it, some of the viral success to the CryptoKitties story might be attributed to the “speculative mechanics” that were baked into the game, via its innovative breeding algorithm: “The breeding and trading mechanics of CryptoKitties led to a clear path to profit: buy up a couple of cats, breed them to make a rarer cat, flip the cat, repeat (or simply buy up a rare cat and hope that someone will come along and buy it). This fueled the growth of a breeder community: users who were dedicated to breeding and flipping rare cats. As long as a new set of users come in and play the games, prices would rise.”

How NFTs Are Empowering Artists

Interest in the NFT space continued to evolve as venture capital poured in during 2018, and it was around this time that the art world also took notice. A growing number of conventional and digital artists alike are now drawn to the advantages of NFTs and blockchain technology: the ability to prove that a work of art is authentic, and also the ability to sell works to a wider audience, thus giving less well-known artists a huge boost. In addition, NFTs can potentially offer creators of art and music better compensation than traditional systems, as the artist can retain the copyright to their works, while still being able to monetize it — thus giving creators much more control over their output.

“I think that NFTs are an essential part of selling art from here on out,” said Quinn Hopkins, Anishinaabe multimedia and digital artist based out of Ontario, Canada. “The technology tracks provenance automatically and cannot be easily forged like traditional methods of authentication. NFTs also give me the chance to create freely knowing that I can continue to earn from secondary sales, as well as my primary sales. I think that other artists should use this technology, as there are so many possibilities to innovate and create more interesting works of art through NFTs. Whether artists are creating physical or digital pieces of art, NFTs are capable of ensuring the art is from the artist who created it, which I think is invaluable.”

A number of dedicated NFT marketplaces like OpenSea, Rarible and KnownOrigin have now sprung up, as well as NFT “minting” platforms that allow novices to easily adopt the technology. In addition to the development of various NFT standards to facilitate interoperability, there’s been some work too around how NFTs are stored online.

“The NFT itself is a token living on a blockchain,” explained Maguire. “You can think of this as a certificate; where a portion of the certificate is a link to where the associated content lives. Sometimes, NFT platforms will use normal URLs pointing to centralized servers (such as Google or Dropbox) to host the image. Of course, this creates a challenge if the account that manages that image were to ever go away or if that image was to be deleted from that server. As a result, many NFT platforms have migrated to using IPFS [InterPlanetary File System] — a distributed protocol that creates a fingerprint of any content uploaded — and is able to use that fingerprint as a link. The advantage here is that with an IPFS URL, it doesn’t matter where that content lives. It could be on a server, your personal laptop, on a USB drive in a vault. Just as long as the bits and bytes exist, you can regenerate that fingerprint and serve it on the IPFS network.”

The NFT approach may also solve yet another issue in the industry, added Maguire: “There is also the question of long-term storage. If you went to Christie’s and bought a painting, you wouldn’t expect the auction house to also provide climate-controlled storage for you for the next 100 years. Protocol Labs has created nft.storage specifically for storing off-chain NFT data securely and to address the issue of long-term storage. Data is stored for free and in a decentralized way on IPFS and Filecoin, to ensure that the data persists online.”

Despite predictions of continued growth in the NFT market, all the hype around them has led some experts to warn of a speculative bubble that’s waiting to pop. Others, like Maguire, remain optimistic.

“As with any burgeoning industry, you can expect some volatility in the short term. NFTs happen to be a broader asset class than art — it’s possible for the same technology to be used for collectibles, AR/VR assets, digital tickets, or music — we’re just scratching the surface of what can be done. As this space matures, you can imagine that the earliest works that command the highest cultural significance will also retain the highest value.”

While it would be wise for potential NFT investors to remain vigilant for the next few months, for artists like Hopkins, it ultimately comes down to building new communities and new audiences, and changing the balance of power in the art world.

“I am energized by the massively supportive community around NFTs,” he said. “I believe NFTs will empower artists because the technology allows artists to earn an income similar to the music industry with royalties, which incentivizes people to become artists. It also takes some of the power out of gatekeepers’ hands, like galleries and auction houses, which up until now mostly held the value of artists.”