How OpenStack Aims to be More Inclusive and Less Exclusive 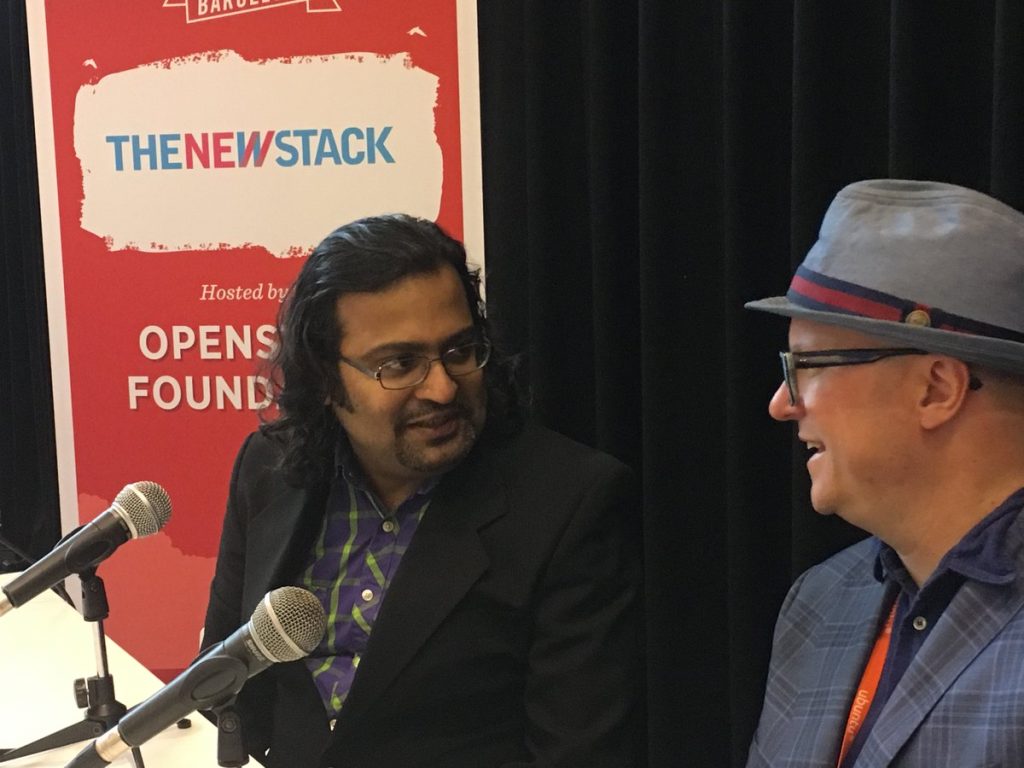 On this new episode of The New Stack Makers podcast, we discuss diversity with Sriram Subramanian, CEO of strategic advisory firm CloudDon. Subramanian discusses his experience navigating a white male-dominated industry as a developer from India, the ways that the community as a whole can be more welcoming and inclusive, and how the Women of OpenStack group is helping to improve upon the continued diversity initiatives at OpenStack. The interview was held at the OpenStack Summit Barcelona last month.

How OpenStack Aims to be More Inclusive without being Exclusive

Growing up in India, Subramanian was a part of the privileged social class there. Since moving to the United States, he has found himself in limbo, straddling the line between being a visible person of color in the technology industry, while also enjoying the benefits of male privilege. Subramanian noted that ideally, he hopes to see more self-identifying and welcoming of individuals defining their own identity into tech spaces, creating a more welcoming and inclusive environment for all, while at the same time not limiting opportunities based upon labels.

“At OpenStack day Seattle, we had diversity scholarships. We tried to get help from women in tech to popularize it to women of color, though we didn’t define who had to apply. Whoever felt like they belonged to an under-represented class could apply,” said Subramanian.

Having been a part of the team organizing OpenStack Seattle, Subramanian has seen participation and interest in diversity issues grow over the years. With this has come a commitment to continued growth, education, and awareness that he hopes to extend to the community at large.

As part of the Women of OpenStack group, Subramanian cautioned organizations against excluding women by leaving them on the outside of events, apart from others. This concern stems from some conferences attracting women in the hopes of purely increasing their bottom line or advertising propaganda in terms of the percentage of women attending their events. “It is not enough to ask women just to go on and do things on their own. I don’t think that’s necessarily an inclusion. I think there should be more participation together. It is important for us to increase the percentage of participation, but it is important they don’t feel excluded,” said Subramanian.

While attending OpenStack Summit Barcelona, Subramanian noted that the conference had five women as keynote speakers was an improvement from the OpenStack Summit Austin 2016 earlier this year, which only had four women as keynote speakers during the event. Even small increases can help people find community members to identify with and new projects to contribute to, as individuals can connect with one another across a variety of lived experiences if events are welcoming and inclusive to people from all walks of life.

As the conversation came to a close, issued a challenge to other technology organizations: “I really want the other organizations to take the lead and try to improve on diversity and inclusivity.”