“Shadow automation” isn’t yet as big of a phenomenon as shadow IT. But siloed, one-off automation workarounds can easily derail an organization’s overall automation efforts.
May 23rd, 2022 10:52am by Jakob Freund 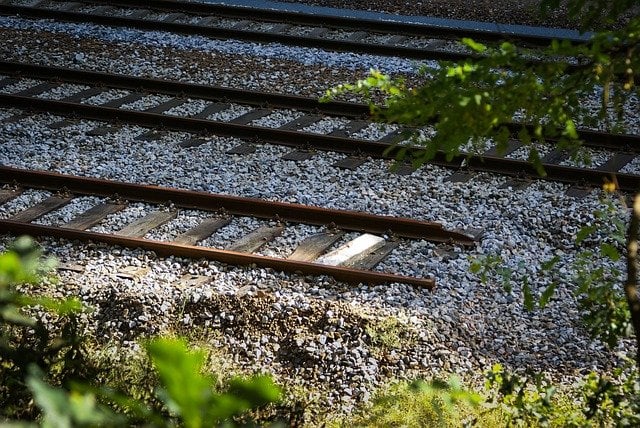 Feature Image by Niek Verlaan from Pixabay.
TNS Annual Reader Survey
We need your input! Take 5 minutes to chime in and help guide our coverage.
Begin the survey

Jakob Freund
Jakob Freund is co-founder and CEO of Camunda — responsible for the company’s vision and strategy. He’s also the driving force behind Camunda’s global growth and takes responsibility for the company culture. He holds an MSc in computer science, co-authored the book 'Real-Life BPMN' and is a sought-after speaker at technology and industry events.

“Shadow automation” isn’t yet as big of a phenomenon as shadow IT. But siloed, one-off automation workarounds can easily derail an organization’s overall automation efforts. These workarounds are happening more often than you’d think, with the rise of robotic process automation (RPA) and low-code API orchestration tools, sometimes referred to as iPaaS. These solutions unintentionally create walled gardens around a single project and risk creating a chain reaction of issues for IT to unwind.

Luckily, there’s a way for motivated teams to quickly pilot automation projects that are aligned with the organization’s greater automation goals. But first, let’s look at how walled garden automation issues typically arise.

Larger enterprises typically contend with a mix of legacy systems and SaaS applications. This complexity makes some teams seek out time-saving automations that solve their immediate problems, without the need to write code or involve IT in a large-scale modernization effort. There’s an entire API economy of companies that trigger if-then workflows between otherwise siloed SaaS applications.

It all starts with good intentions and minor automations. A team may want to pipe notifications directly into Slack from a SaaS product. Before you know it, the same team might have cobbled together a dozen different integrations without involving IT. When these automations work, they work well. But, as soon as you begin to have enough complexity that requires maintaining and operating workflows, IT usually needs to get involved. They end up attempting to troubleshoot issues through a spaghetti of low-code tools and RPA bots.

What’s even more complex is that the underlying data within each application remains siloed, even though the pieces of disparate systems seem connected. For example, a customer experience team at an e-commerce company might automate data entry into an ERP system through an RPA bot and then use a low-level API orchestration tool to schedule a customer delivery. While each process in and of itself works, it can be hard for the customer experience team to gather data on the overall cycle time or understand how often customer bottlenecks occur. Without this visibility, it’s tough for any modern company to continuously improve their processes.

While it may be hard to avoid shadow automation altogether, an alternative is to make an inventory of your entire ecosystem of processes. Your inventory could include processes that are currently covered by shadow automation or done manually by humans. From there, take stock of which processes impact the customer experience (CX) the most. For example, a bank may choose to automate some of the steps in setting up an online account, which would make the process faster and more convenient for new customer onboarding.

Once a pilot project concludes successfully, the IT and development team can move on to larger-scale process automation efforts that might involve incorporating shadow automations into a greater roadmap. Perhaps the first step is to orchestrate several RPA-driven processes together to provide some continuity between processes. From there, the development team may choose to rewrite certain legacy applications as microservices-based applications to replace these RPA implementations one by one. These modern, cloud native applications are easier to orchestrate and connect to other processes via APIs.

Using this approach, shadow automations can become part of a larger process automation roadmap. Yet, left unchecked, these one-off projects can become painful for IT teams to maintain. C-level leadership, including CIOs or chief automation officers, can be the driving forces behind a gradual, controlled digital transformation — starting with an automation pilot project and expanding to areas with the highest customer impact.

SHARE THIS STORY
RELATED STORIES
Confluent Expands Stream Governance Capabilities How to Evolve Cloud Security Posture Management for Compliance HashiCorp Cloud Can Now Spin up a Single Sign-on Zero Trust Network 5 Factors to Weigh When Building Authorization Architecture Aiven Adds Kafkawize for Data Governance of Kafka
TNS owner Insight Partners is an investor in: Camunda, Real.
SHARE THIS STORY
RELATED STORIES
How to Evolve Cloud Security Posture Management for Compliance Temenos Benchmarks Show MongoDB Fit for Banking Work Fast and Furious: Doubling Down on SBOM Drift Kubernetes Compliance: Governance and Guardrails Data Access Platform Vendor Immuta Issues New Enhancements and Integrations
THE NEW STACK UPDATE A newsletter digest of the week’s most important stories & analyses.
The New stack does not sell your information or share it with unaffiliated third parties. By continuing, you agree to our Terms of Use and Privacy Policy.